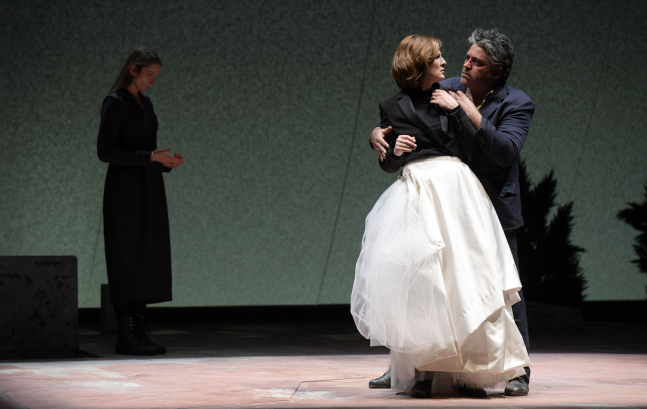 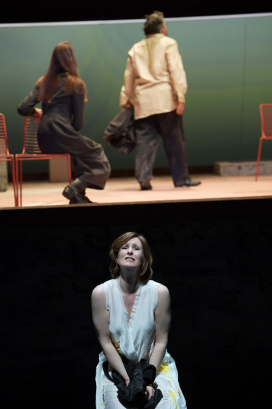 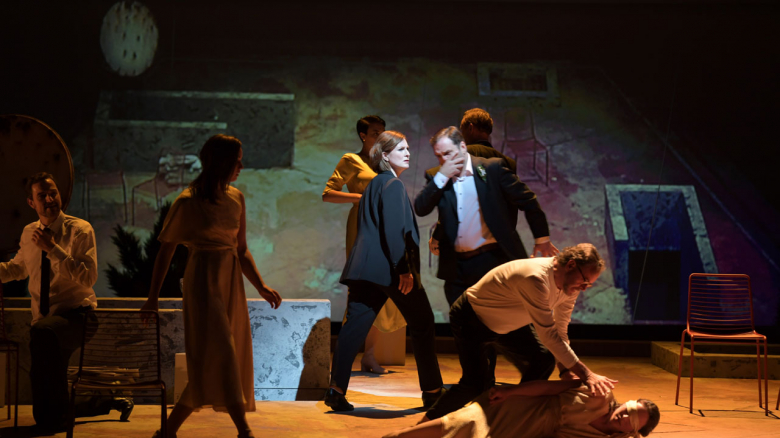 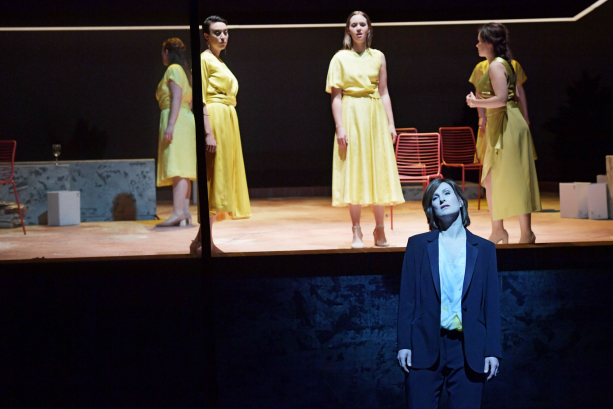 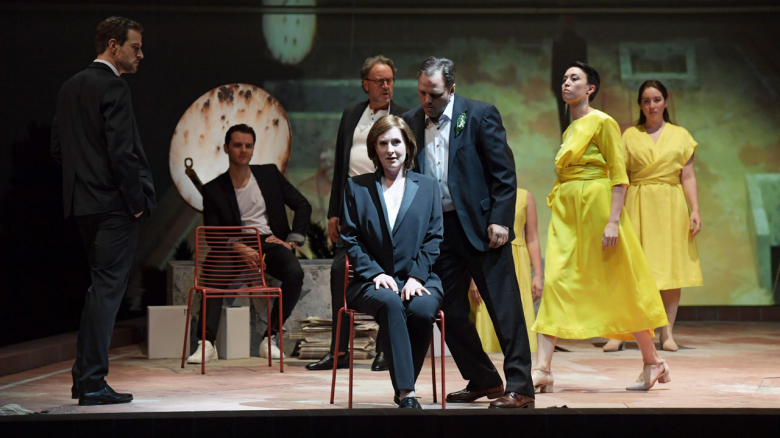 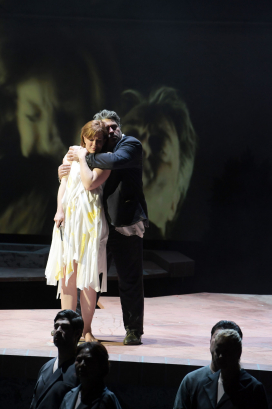 Sung in French with German & English surtitles
Introductory talks, in German, in the Holzfoyer half an hour before performances begin

ACT 1 Pénélope has been on her own for twenty years. Her husband Ulysse didn’t return to Ithaca after the Trojan War ended. Suitors, hoping to usurp Ulysse‘s throne, have laid siege to the palace. The young women derive pleasure from them. If they were Queen they would have chosen a new King long ago. But Pénélope keeps the suitors at a distance: she promised to designate a new husband when the shroud for Ulysses‘ father Laertes is finished, but secretly unpicks her day’s work every night. A beggar appears. Pénélope welcomes the stranger, whose voice seems familiar. Euryclée, Ulysse‘s old nurse, washes the guest’s feet. A scar tells her that the stranger is Ulysse, who forbids her to say a word. The suitors, tired of constant deferment, spy on Pénélope and catch her undoing the shroud. In high dudgeon they order that the wedding take place the following day. Interval That evening Pénélope, accompanied by the stranger, is overcome by her longings for Ulysse. The absent King is never far from the shepherd Eumée’s thoughts either. He longs to take revenge on the suitors. Pénélope asks the stranger about his origins. He says that Ulysse stayed with him once when he was King of Crete. Incredulous, Pénélope demands to know more. They become closer. Thinking of the day to come, she wishes death on her suitors. In despair she tries to think of reasons for her husband’s continued absence: is he dead? Did he take another woman as his own, long ago? She stifles suspicions about who the stranger might be. He advises her to marry the man who can string Ulysse‘s bow. Ulysse reveals his true identity to the shepherds. Together they plan to kill the suitors. ACT 3 Ulysse‘s memories come flooding back. He chooses his weapon. The shepherds are ready. The suitors are eagerly looking forward to Pénélope‘s choice. Only Eurymaque is plagued by grim forebodings. Weary of being kept waiting, the suitors start bullying the stranger. Pénélope appears and announces the archery contest. She is suddenly seized by a vision of the suitors being killed and Ulysses‘ return. The men take up the challenge in high spirits – but none of them manages to bend the bow. The stranger wants to try too. He succeeds – and fires. All the suitors die in a massacre. Ulysse returns to Ithaca amid rejoicing.

A woman. A man. The thread has snapped. Twenty years have passed since he went to a war, from which he never returned. Is he still alive? What's keeping him? Did he forget her long ago? Memories and hope become lost in time. Faithful, lonely Penelope waits for his return, while he – artful Odysseus – wanders from one adventure to the next. Based on the last book of the Odyssey, Gabriel Fauré's only opera concentrates on Penelope's side of the story: a complicated female figure, who doesn't just wait and weave, her working days separated by sleep, trying to ignore her suitors' ultimatums. Although Pelelope's husband is vividly omnipresent in her mind and heart – when he does return he's a stranger she doesn't recognise. While they both try and become close again, the question of whether love can survive time raises its ugly head.

An interest in Greek myths and an encouraging friend, a singer, resulted in Gabriel Fauré, in advanced years, finally writing an opera. The composer's talent for inventing melodies for songs, chamber music and orchestral suites was now masterly. With psychological sensitivity and elegant, transparent orchestral language he created a three-demensional portrait of Pénélope as a living, feeling, desirable strong-minded woman. The influence of Wagner's operas and Debussy's Pelléas et Mélisande , interweaving of leit motifs and flowing dialogue, shine through unmistakably. Fauré treated his figures with empathy, making the myth tangible to the present day, in a world without gods, through „human emotions and super human music“.