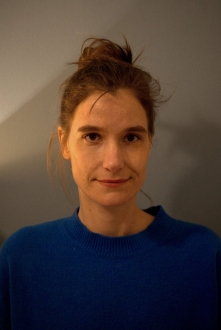 Frankfurt born Raphaela Rose is back at Oper Frankfurt, where she made her operatic debut designing costumes for our incredibly successful production of Rinaldo, for this new production of Pénélope, Fauré’s only opera, which will be followed in February by a new production of Rossini‘s La Gazetta in the Bockenheimer Depot. She recently worked on Rusalka at the Opéra national du Rhin in Strasbourg. She has been a freelance costume designer since 2015, collaborating with directors including Jürgen Kruse, Ersan Mondtag and Oliver Reese. Recent projects were Die letzte Station / The Last Station with Ersan Mondtag at the Berlin Ensemble and Christian Franke’s Das dritte Leben des Fritz Giga / Fritz Giga’s Third Life at Theater Oberhausen. Before embarking on a freelance career she spent three years as an assistant at Schauspiel Frankfurt, where she also designed her first own costumes for people including Sebastien Jacobi, Florian Fiedler, Alexander Eisenach and the Canadian choreographer Dave St. Pierre. She worked as an assistant in fashion and set design in New York before studying fashion design at Trier University from 2008 - 2013. She took part in the 2011 Ethical Fashion Show in Paris as the winner of Hessen’s Prize for Sustainability. After completing her studies she qualified as a professional cutter for women’s clothes and her work was seen at the Fashion Week in Berlin.