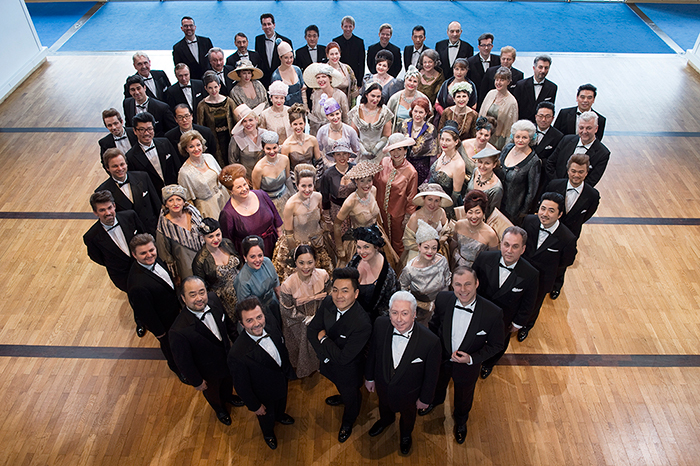 Oper Frankfurt's Chorus, under Tilman Michael's leadership since the 2014/2015 season, and regularly praised by public and press alike, were voted »Chorus of the Year 2022« by Opernwelt magazine, above all for their extraordinary achievements in last season's breathtaking new production of Dallapiccola's Ulisse. They won second place in this category in 2005.

If you would like to enquire about vacancies in the Opera Chorus, Extra Chorus or Children's chorus, or have any other questions about the Frankfurt Opera Chorus, send an email to one of the people in the chorus office, see below.