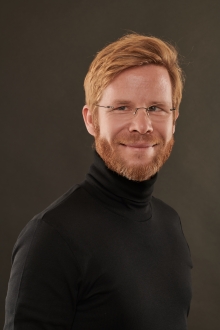 Markus Ehmann has been working at Oper Frankfurt as Deputy Chorus Master and the Children's Chorus Master since 2013/14. During the 2015/16 season duties included coaching the chorus and children's chorus for new productions of Das schlaue Füchslein/The Cunning Little Vixen,  Carmen and Wozzeck. He conducted a children's chorus concert on July 3rd 2016 and trained the three boys (girls) in Die Zauberflote this season. Projects later this season include new productions of Rigoletto, three short operas by Křenek  and Honegger's Jeanne D’Arc au bûcher. Before coming to Frankfurt, Markus Ehmann was Chorus Direction Assistant at the Staatstheater in Stuttgart, where he recently trained the chorus and conducted the world premiere of Sibylle Berg's Angst reist mit (composer: Sven Helbig). Earlier in his career Markus Ehmann worked as a soloists' coach at Theater Freiberg, the Landesbühnen Sachsen Radebeul, for the Lausitz Opera Summer in Cottbus, the Dresden Chamber Chorus and Festspielhaus in Hellerau. He studied teaching music in Osnabrück and coaching opera at the Carl Maria von Weber Hochschule für Musik in Dresden.