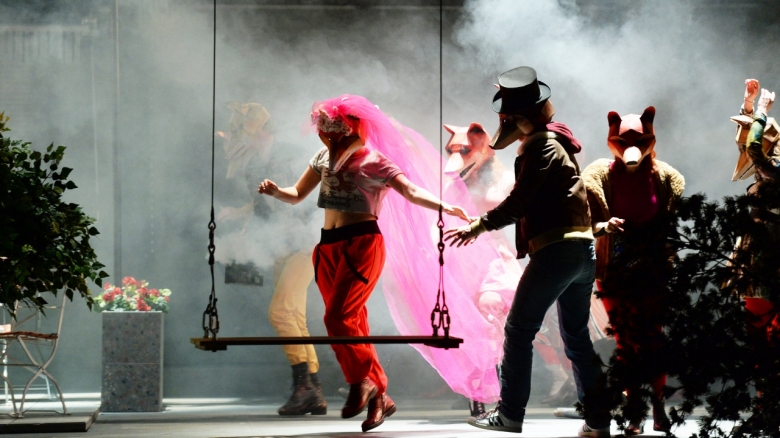 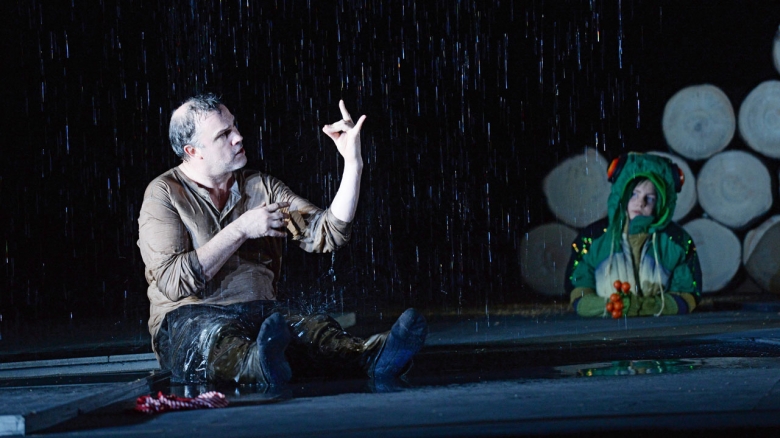 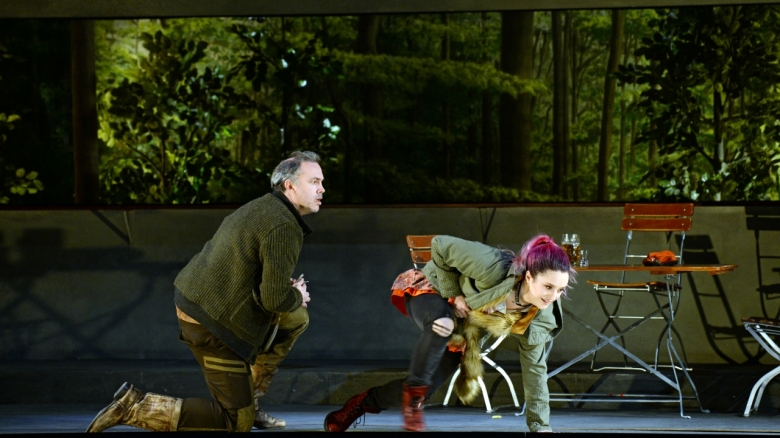 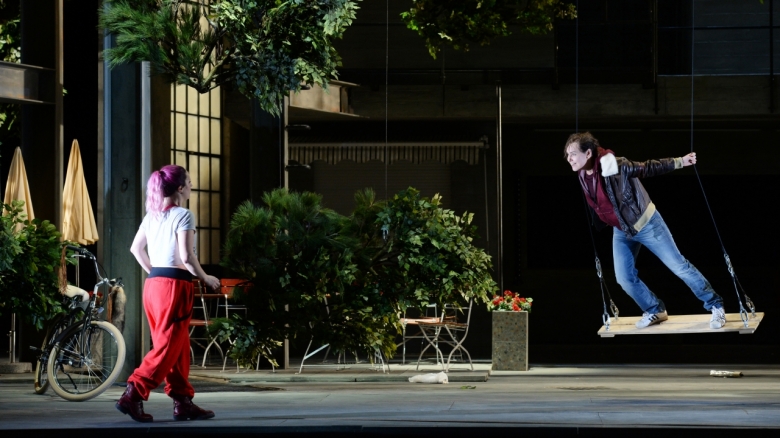 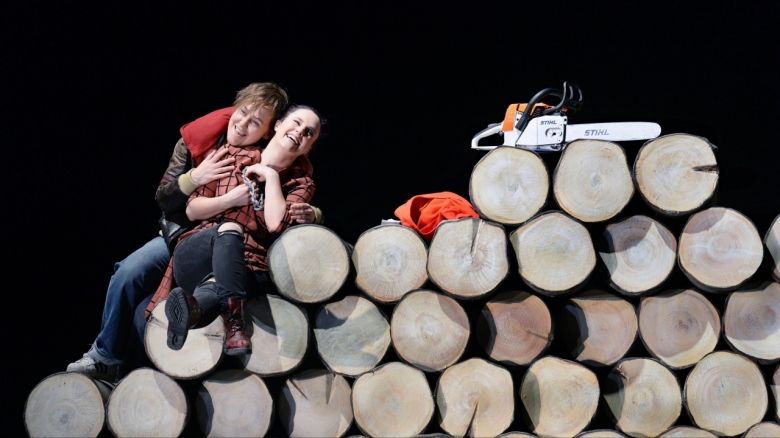 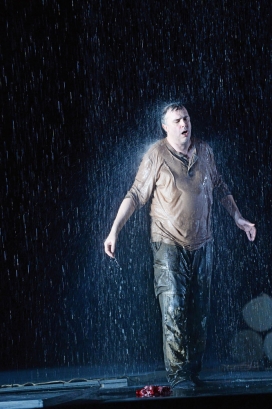 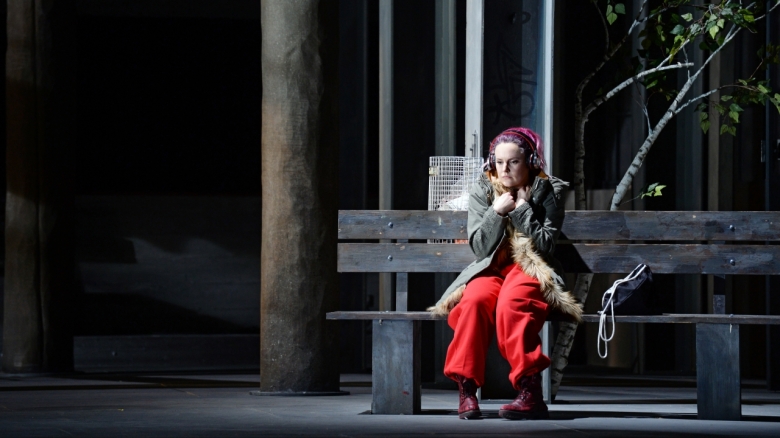 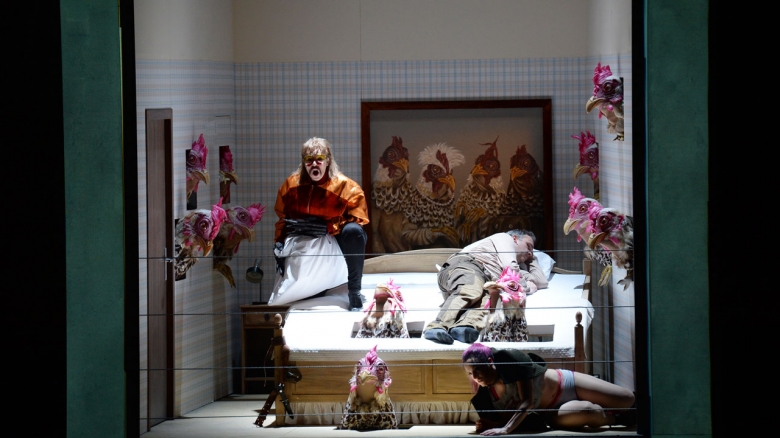 Sung in Czech with German & English surtitles
Introductors talks, in German, in the Holzfoyer half an hour before performances begin

Act I A cheeky fox cub meets a forester, who's drinking beer with the priest and the schoolmaster at Pasek's kiosk, as usual. Although they come from very different »social worlds«, they both sense in the other the chance for their lives to take on a new direction: the forester feels protective towards the impetuous young cub, who reawakens memories of his own vitality and long surpressed desires. She feels she can trust the man and hopes for a better life that the one she has known until now. The vixen follows him home. Once there she throws the already troubled family totally off balance. Tolerated, reluctantly, by the forester's wife and provoked by their sons, it's impossible for the vixen to adapt to the rules of the house. When she wakes up in the forester's bedroom – after a nightmare in which she killed a dictatorial cock – and her first period starts, the forester's wife's patience begins to wear thin. The forester, at his wife's bidding, threatens her, but he's torn between asserting his role as head of the household and his feelings for the wild creature, who snatches his knife and runs back to her block of flats. Act 2 The vixen drives a priest, ridden with phobias about women, out of his flat. The forester tries to return to everyday life and forget the vixen and his dreams. After another evening with the Paseks, the schoolmaster surrenders to his dream of the unattainable Terynka, and the priest remembers that, long ago, he was wrongfully accused of raping a young girl. The forester, thinking he has seen the vixen, fires two shots. The vixen meets a fox called Gold Mane. It's love at first sight. She is pregnant in next to no time. The next step is obvious to the fox: »We'll get married!« Act 3 The woodman Haraschta teases the increasingly introverted forester about the fact that he's going to marry the desirable Terynka, and shows him his wedding gift: a necklace. This doesn't stop the philanderer from flirting outrageously with Mrs Pasek. Haraschta says that he's seen a dead hare, which he left lying where he found it, to be on the safe side. Young fox cubs romp around near the dead hare with the vixen and her husband. They laugh at a trap that has been set and find the necklace, which Haraschta forget about during his short »intermezzo« with Mrs Pasek. He comes back looking for his wedding gift, which is now worn by the Vixen, who provokes him. During the wrangling over the necklace Haraschta steps in the trap; suddenly the vixen's stolen knife comes into play; and the woodman stabs her. In panic, he tries to cover his traces. Mrs Pasek, who saw everything, holds her tongue and covers for Haraschta. She and the schoolmaster notice that the forester seems to be getting even odder. Unable to get the idea of the vixen out of his mind, he intends to leave his former life and conventions behind him: his first step towards freedom. The acknowledgement of his own dreams and instincts makes it clear that the »flimsy« curtain between different levels of reality – dreams, memories, fantasies … – can lift, making visible a new dimension which, until now, was the preserve of inconspicuous animals like crickets, grasshoppers and frogs. For the forester these are no longer mute creatures in another, hidden world.

The Cunning Little Vixen , inspired by a comic strip, is about the eternal process of life cycles. Leoš Janáček was nearly 70 years old when the running story about this feral heroine in a Brno newspaper landed on his desk. With enormous vitality, poetry and a twinkle in his eye he turned it into an impressionistic opera, remaining true to the Slavic dance and folk music he loved so much and the natural way that humans and animals communicate. The oneness shown in the parallels between the short lived animal world of a lively young vixen and long living human world of the gradually aging forester are made more obvious by the director Ute M. Engelhardt who allows their spheres to overlap even more. Ute M. Engelhardt was awarded the renowned Götz Friedrich Prize for her sensitive reading of this work.