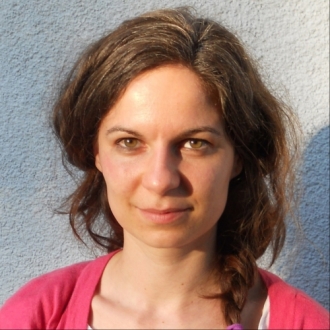 Katharina Tasch's recent costume designs for Oper Frankfurt were for the highly successful world premiere of Arnulf Hermann's Der Mieter / The Tenant, a new production of Mozart's Betulia liberata, Das schlaue Füchslein / The Cunning Little Vixen, which can be seen again later this season, and L’incoronazione di Poppea – both directed by Ute M. Engelhardt – and Johannes Erath's production of Giulio Cesare in Egitto. Her costumes were also seen in Erath's production of Das schlaue Füchslein / The Cunning Little Vixen at the Hamburg State Opera. She and Katrin Lea Tag designed costumes for Barrie Kosky's Monteverdi Trilogy at the Komische Oper Berlin. Her costumes were also seen in Lohengrin at the Staatstheater in Nürnberg, Rusalka at Theater Hagen and Beatrice Cenci at the Bregenz Festival. Katharina Tasch worked as a costume assistant at Schauspiel Frankfurt from 2007 - 2010. She studied costume design at the University for Design and Media in Hannover and has been working freelance since 2010.