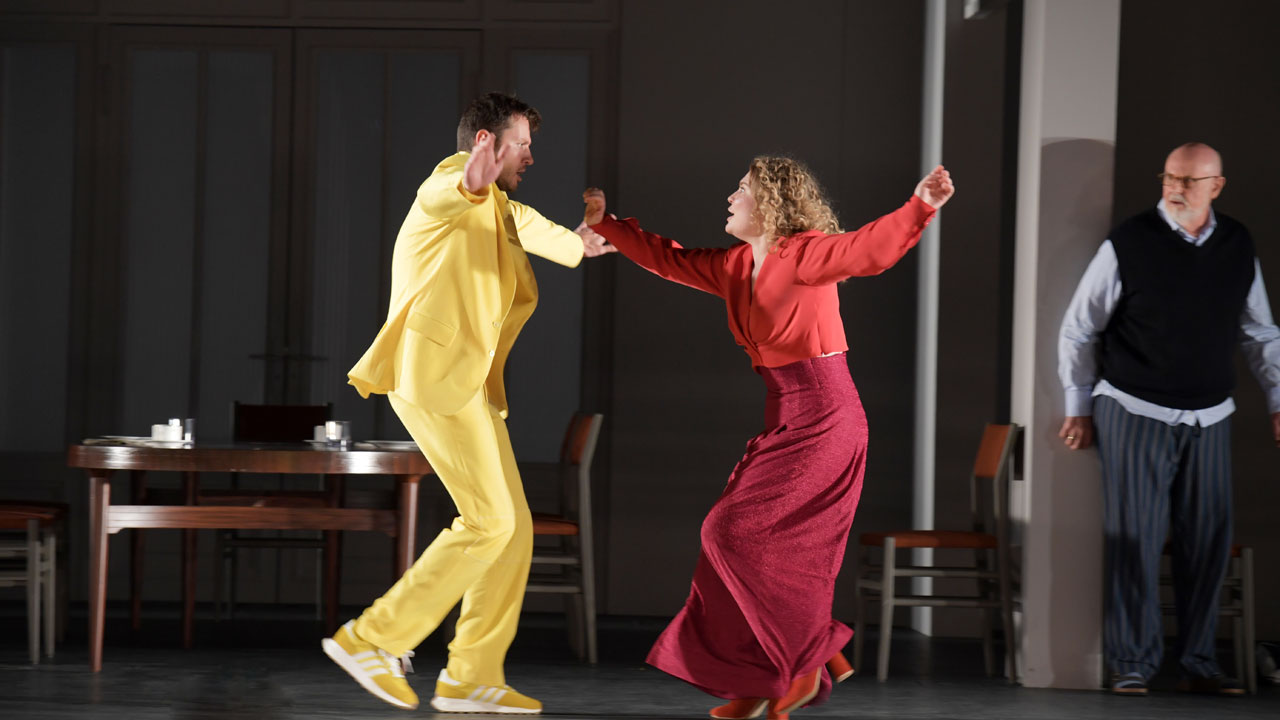 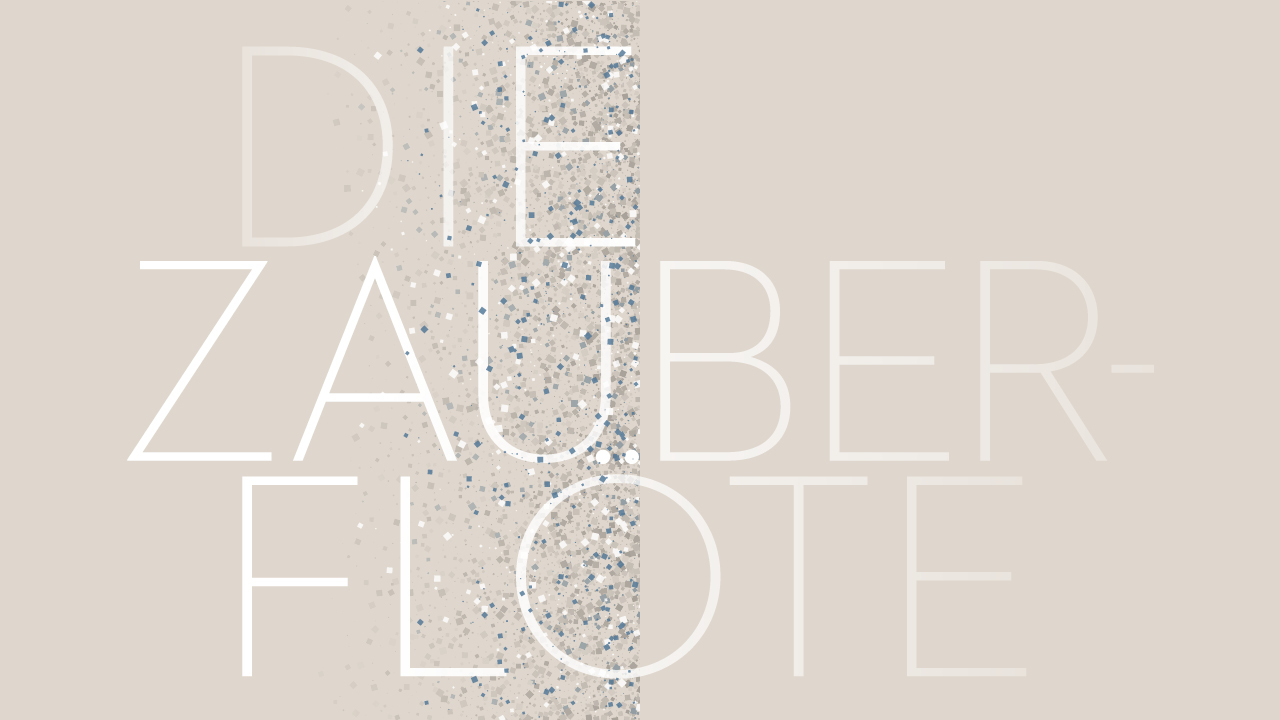 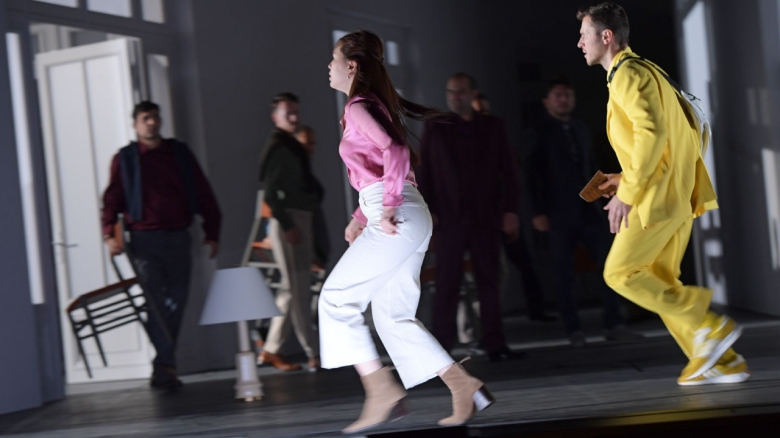 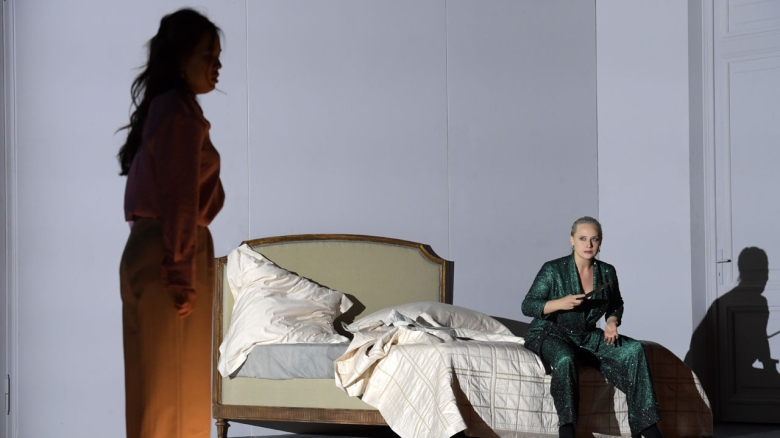 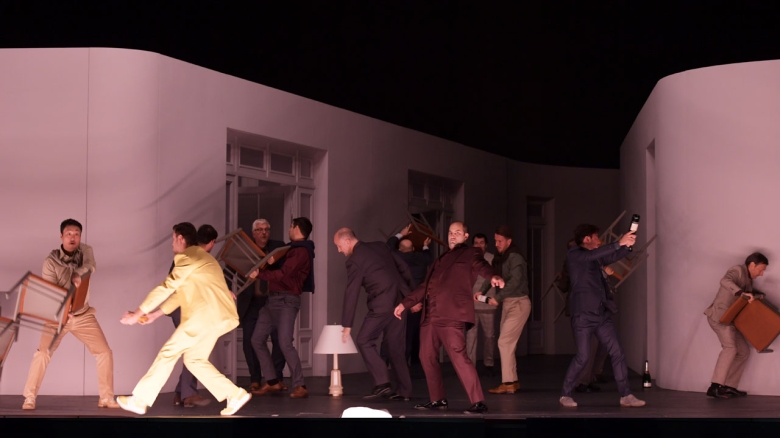 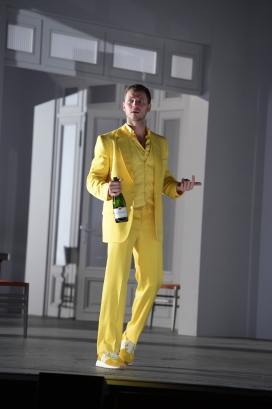 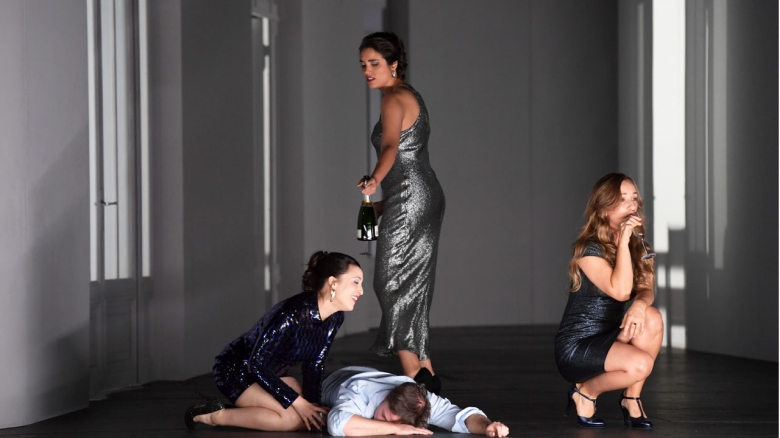 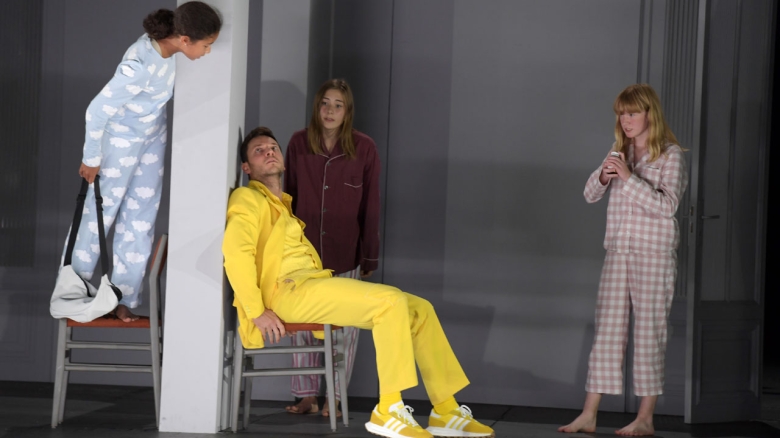 Pursued by a serpent, Prince Tamino passes out. Three ladies, sent by the Queen of the Night, rush to his aid. When he regains consciousness he sees the bird-catcher Papageno, who maintains he saved Tamino’s life. The ladies punish him for lying by locking his mouth and give Tamino a picture of Pamina, their mistress’ daughter. Tamino falls in love at first sight, but is told she’s been abducted. The Queen appears: promising Tamino her daughter’s hand in marriage if he rescues her from Sarastro’s clutches. Papageno is to accompany Tamino on this enterprise. They’re given a magic flute and glockenspiel to protect them from danger; three boys will show them the way. Monostatos, one of Sarastro’s henchmen, harasses imprisoned Pamina. When he starts getting closer to her, Papageno appears: they frighten each other out of their wits, and Monostatos flees. Papageno tells Pamina that Tamino loves her and is coming to rescue her. He suffers terribly too, because he hasn’t found a wife yet. He and Pamina praise the power of love. Tamino manages to enter the centre of Sarastro’s realm, guided by the boys. A priest takes him to task, warning him to cast aside his prejudices against Sarastro. Papageno and Pamina are caught trying to flee by Monostatos and his men. His glockenspiel stops them being taking prisoner again. When Sarastro returns, Pamina bluntly tells him why she ran away. Sarastro forgives her and punishes Monostatos, who has meanwhile tracked Tamino down. Pamina and Tamino meet for the first time, but are not allowed to touch: Sarastro leads Tamino and Papageno into his temple of trials. ACT 2 At a gathering of priests Sarastro explains his plan to unite Pamina with Tamino, who must undergo a series of trials first. Tamino can’t wait to begin, while Papageno can only be persuaded by the promise of a pretty girl. Both are put under oath not to speak to women. The Queen’s three ladies try to lead them astray, but are thwarted by Tamino’s steadfastness. Monostatos tries to approach Pamina again while she sleeps. The Queen of the Night steps in. She orders Pamina to kill Sarastro. Monostatos, who heard everything, blackmails Pamina: She must give herself to him or he’ll denounce her mother to Sarastro. Sarastro refrains from taking revenge on the Queen. Papageno talks to an old woman, who says he’s her lover. She’s taken from him before he can find out her name. The boys return the magic flute and glockenspiel to the examinees, reminding them not to talk. Pamina, drawn by Tamino’s flute, approaches him. When he, mindful of his oath, refuses to speak, she doubts his love for her. Sarastro’s priests praise Tamino’s self-discipline. Sarastro allows Pamina and Tamino to say a brief farewell before the final trials. Papageno, left on his own, suffers from his yearning for love. The old lady appears again. When Papageno reluctantly agrees to marry her she turns into his Papagena, but is snatched away from him again. Believing that Tamino has spurned her, Pamina intends to kill herself. The three boys save her and proclaim Tamino’s unshakable love for her. Tamino is being prepared for the last important test: accompanied by Pamina the couple will undertake the trials of fire and water, protected by the magic flute. Papageno’s desperately looking for Papagena. He’s so lovesick he wants to hang himself but, in the nick of time, the boys remind him of his glockenspiel, which summons his beloved at last. Under Monostatos’ guidance the Queen and her three ladies force their way into Sarastro’s temple. But his power casts the conspirators into eternal darkness. Nothing now stands between Tamino and Pamina’s future life together. The sun shines and Sarastro’s priests praise perseverance’s triumph.

»We wander through the realm of music, safely through death’s dismal night.« (Pamina & Tamino)

The first new Die Zauberflöte for 24 years is directed by Ted Huffman. Scorned as a »piece of invention« and hailed as a »masterpiece«, the work, performed for the first time in 1791, still fascinates, not least because of its puzzling nature: comedy and charm, fairy tale and mystery play are combined with somnambulistic ease. Emotional truth lies in unreality, philosophical wisdom in childlike naivety.

Central to the plot is the obstacle strewn love story of Tamino and Pamina: The Queen of the Night promises Tamino her daughter Pamina if he rescues her from Sarastro’s clutches. Once in his realm, Tamino learns the truth about the Queen. He and Papageno must undergo trials before being allowed to join Sarastro’s Order of Wisdom, only then can he marry his love.

Die Zauberflöte’s enchantment is explained not least because »its music created its own myth.« (Dieter Borchmeyer). Tamino’s flute helps him tame wild animals and turn hostility into brotherly love. The music also plays an important role during the final trials of fire and water: Pamina and Tamino conquer both with the help of the magic flute, as well as their greatest fear – the fear of death.