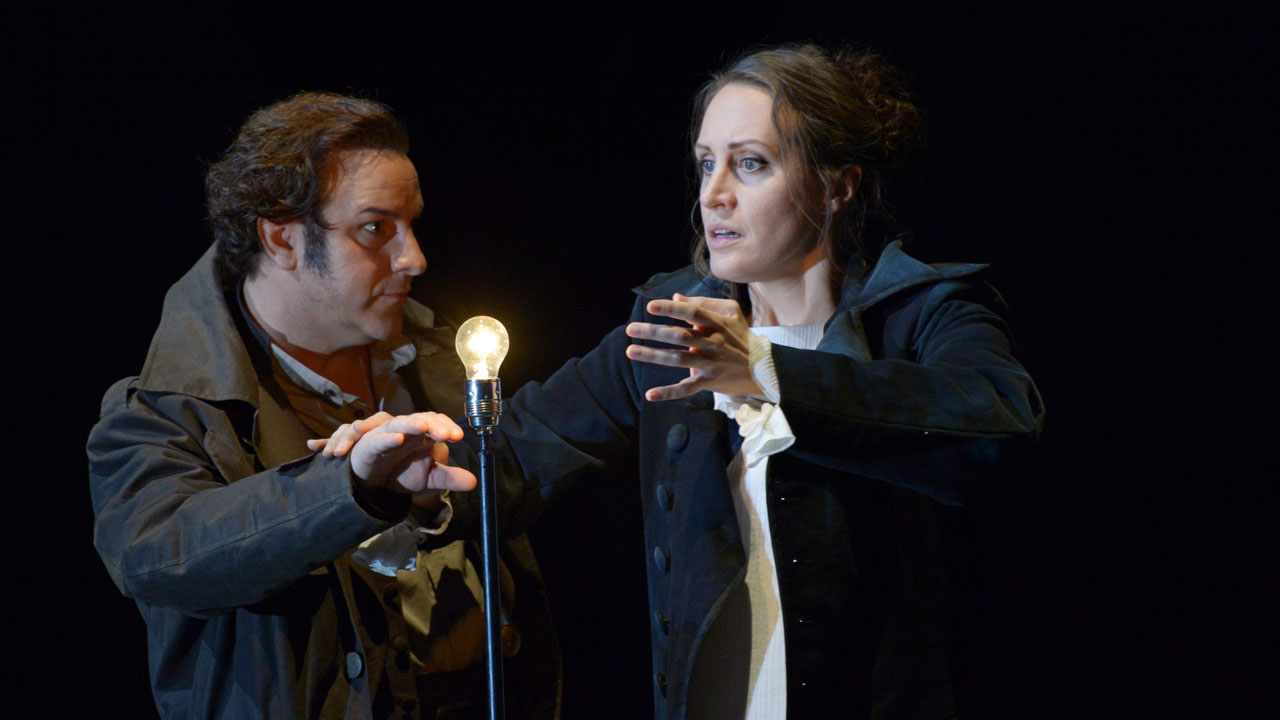 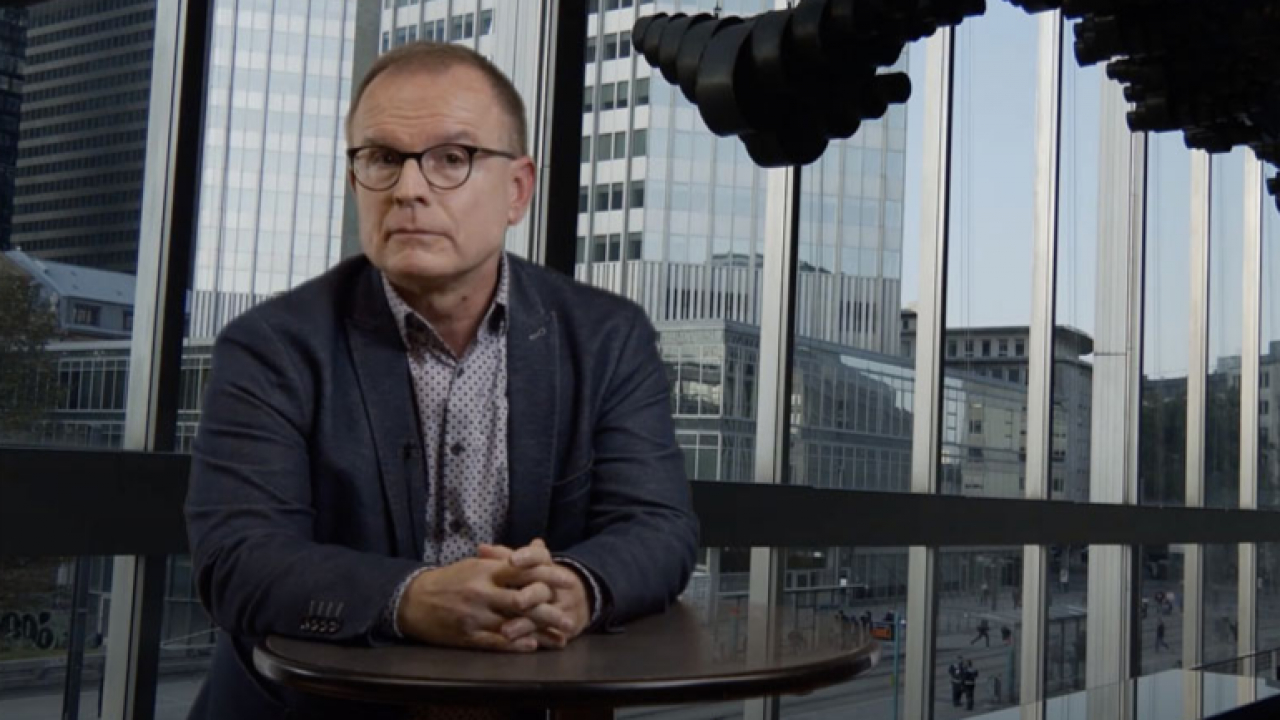 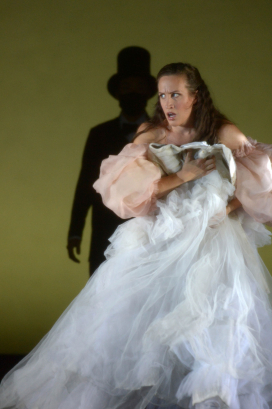 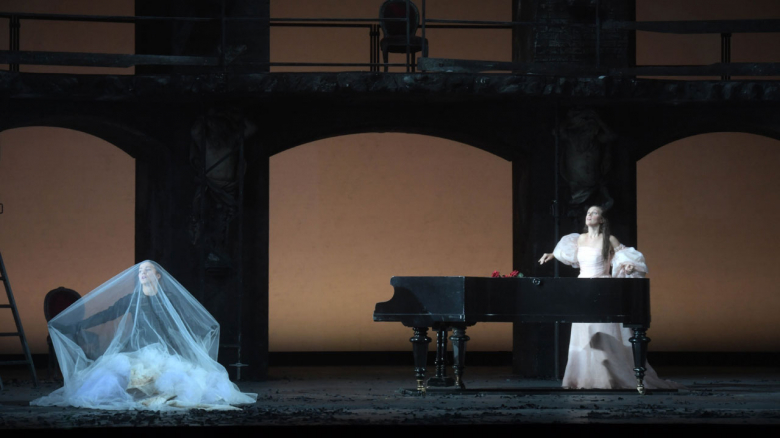 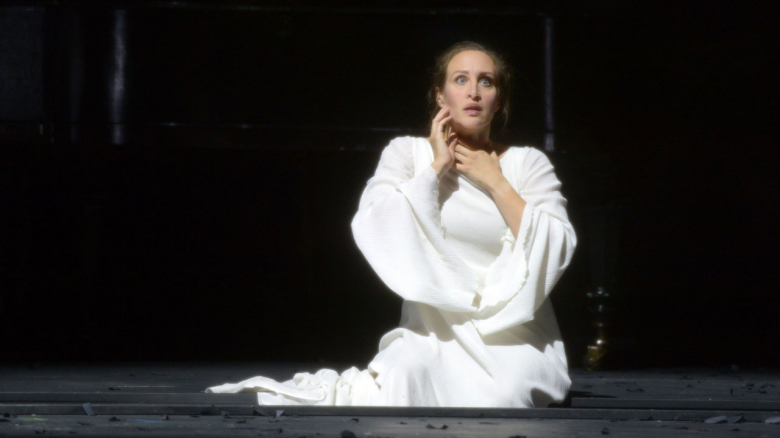 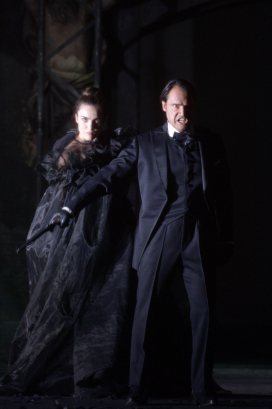 (Instead of a) synopsis. Paris, 1835. The funeral service for Vincenzo Bellini, the former nucleus of a polarised Parisien society, which he seduced with his music. A Gothic ball, featuring motifs from his last opera, I puritani, is taking place in memory of the shrouded in scandal composer. Those present experience and suffer the stormy events in a love story, acted out between two enemy factions during the English civil war in the 1650s: Elvira, the Puritan Lord Valton's daughter, loves Arturo Talbo, a secret royalist. Wedding preparations are underway. Riccardo is desperate because Valton had promised him Elvira's hand in marriage. He bemoans his fate to his friend Bruno. Giorgio, Elvira's uncle, tells her that he has obtained her father's consent for her to marry Arturo. When Arturo arrives at his wedding he realises that a prisoner who has been sentenced to death is Charles the First's widow, Henrietta. He helps her escape, wearing Elvira's bridal veil. Elvira, betrayed and abandoned by her beloved, loses her mind. (there used to be an interval here) Arturo is sentenced to death in absentia. Elvira has nothing left to live for. Giorgio hopes that some good news, like Arturo's pardon, might cure her madness. Giorgio tries to persuade Riccardo to save Arturo. Arturo secretly returns, and tries to convince Elvira of his fidelity. Elvira is suddenly aware of his betrayal. She acts. Arturo dies. The eccentric ball ends. Masks fall.

The composer’s contemporaries thought the melancholy and world weariness in Vincenzo Bellini’s music had dined on his biography. But the presumed aesthete was in fact a cold-blooded egecentric, who drove his paramores – just like Arturo in his I puritani – to the depths of despair. The contradiction between poetry and truth in Bellini’s life, the feckless way he treated his lovers and the the highly charged climate in Paris in the 1980s inspired the director Vincent Boussard. Distancing itself from historical ideas and backgrounds his production tells a highly explosive story bang in the middle of the times when it was composed: the mental deterioration of Elvira, a betrayed young woman, is lived out on the day of the composer's funeral, the former centre of a polarised Parisian society he seduced with his music. The scandal dogged man is being remembered at a Black Romantic ball with motifs from his opera I puritani, a musically gripping wonder world, and his last opera.