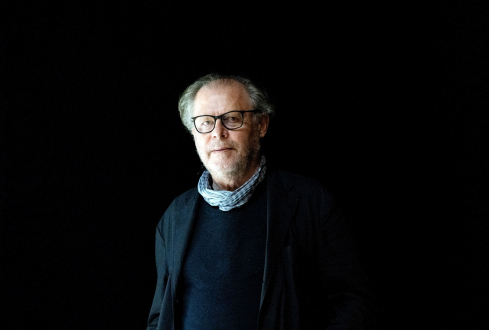 Johannes Leiacker is sought-after world wide as a set and costume designer for opera and plays. A regular guest at Oper Frankfurt, recent triumphs have included R.B. Schlather's new Madame Butterfly (revival: May 2023),  Christof Loy’s Rimsky-Korsakov The Night before Chrismas, Katharina Thoma’s Tristan und Isolde, Johannes Erath’s Król Roger and this Brigitte Fassbaender production of Capriccio, and he's back later in the season for the first ever performances in Frankfurt of Mercadante's Francesca da Rimini, which opens in Erl first, this winter. His set for Königskinder at the Nationale Opera Amsterdam was unveiled this October and other engagements have taken him to places including the Deutsche Oper Berlin, Bayerische Staatsoper in Munich, the Vienna State Opera, Opéra National de Paris, Royal Opera House Covent Garden in London, Los Angeles Opera, Houston Grand Opera, the Metropolitan Opera in New York, opera houses in Madrid, Brussels, Copenhagen, Helsinki, Moscow and Tokyo and the Salzburg, Bregenz and Baden-Baden festivals. He works regularly with the directors Peter Konwitschny (most recently on Les Huguenots and Norma at the Semperoper in Dresden), Christof Loy, with whom he staged Salome at Finnish National Opera in Helsinki and Schreker's Der Schatzgräber at the Deutsche Oper Berlin last season, and enjoyed great success with Verdi's Luisa Miller at the 2021 Glyndebourne Festival, Dietrich Hilsdorf and Rolando Villazón. He and Christof Loy's production of Tristan und Isolde at Covent Garden won the 2010 Laurence Olivier Award and their Peter Grimes at the Theater an der Wien was voted Best Production« at the 2016 International Opera Awards. Johannes Leiacker was a professor at the University of Fine Arts in Dresden until 2010. He was voted »Set Designer of the Year« by Opernwelt magazine in 1996, 2009 and 2018.