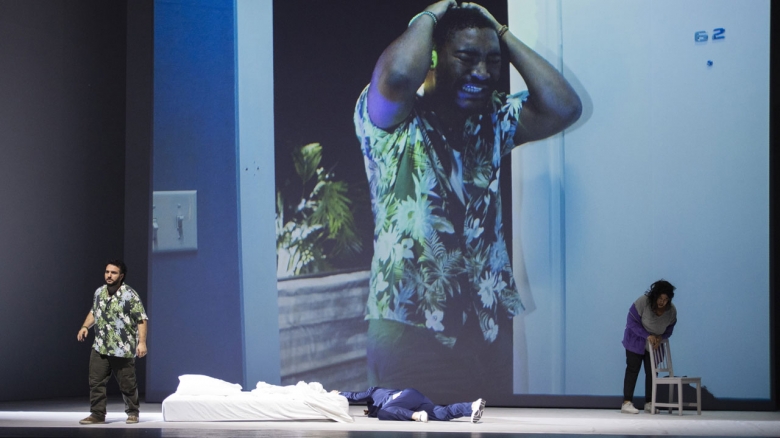 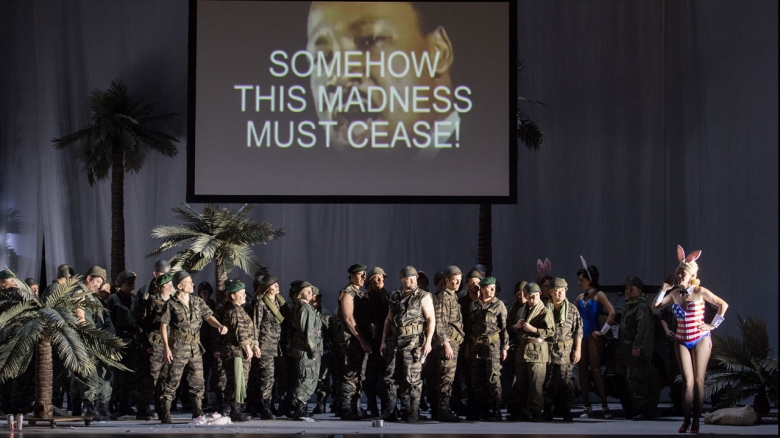 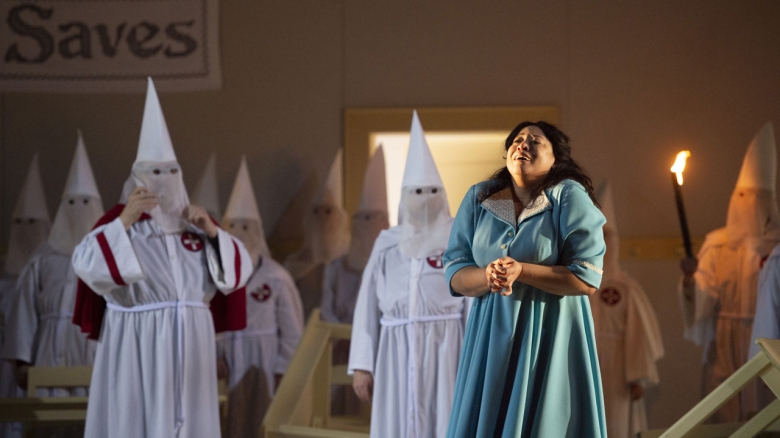 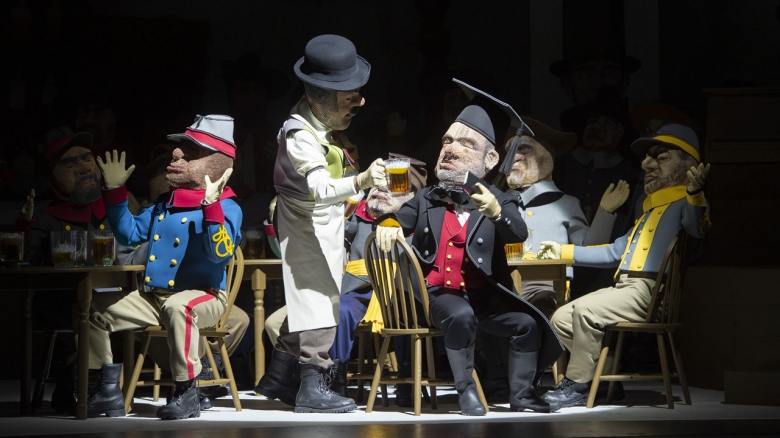 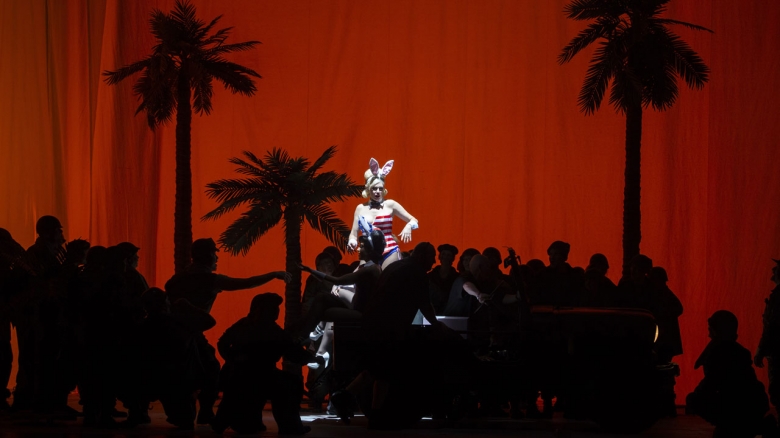 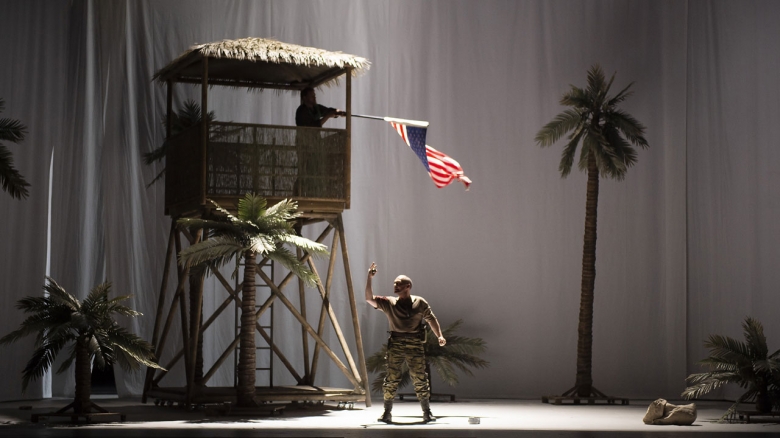 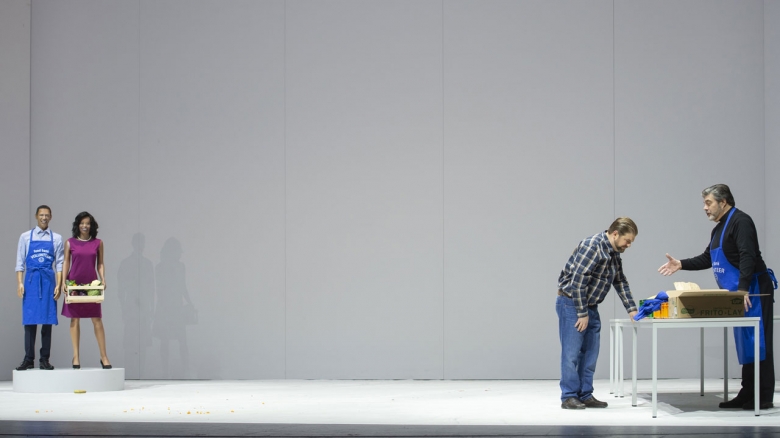 Sung in Italian with German and English surtitles
Introductory talks, in German, in the Holzfoyer half an hour before performances begin

Sc. 1 The Marchese of Calatrava has forbidden his daughter Leonora to have any further contact with her beloved Alvaro, whose origins are non-White. Leonora and Alvaro's attempt to run away together is foiled by her father. A shot is fired during the confrontation, killing him. Leonora and Alvaro flee. Sc. 2 Leonora and Alvaro became separated during their escape. Leonora, searching for Alvaro, dressed as a man, finds herself in an inn where recruits are being enlisted for an imminent war. In the midst of the belligerent throng she realises that her brother Carlo, disguised as a student, is hunting for Alvaro, to avenge his father's death. Sc. 3 Leonora, believing she has lost Alvaro forever, begs to be admitted to a monastery. After initial hesitation Padre Guardiano, the prior, grants her wish. During a solemn ceremony, his fellow monks swear to support Leonora during her process of purification. Interval Sc. 4 Alvaro and Carlo have joined the army, under false names – Alvaro, because he thinks he has lost Leonora forever; Carlo, because he has given up hope of finding Alvaro. Without knowing who the other one is the two men – despite their different colouring – become friends. But when Carlo discovers Alvaro's true identity he sees his time for revenge has come. The friends become bitter enemies, ready to fight to the death. Alvaro, believing he has killed Carlo, is desolate. Sc. 5 Alvaro has given up his old way of life and, as „Padre Raffaele“, now dedicates himself entirely to brotherly love. But Carlo, who survived, despite being badly wounded, tracks him down and challenges him to a duel. Carlo refuses to rise to Alvaro's provocations and tries to make peace. But when Carlo calls him a „half-breed“, he demands satisfaction. Sc. 6 Leonora had withdrawn to an isolated place. When, by chance, Alvaro and Carlo find her, a bloody showdown takes place. Tobias Kratzer

This large format opera, about burning passions and the destructive power of racism, is undilutedly electrifying. At the height of his powers Verdi wrote his perhaps most experimental score for St. Petersburg. Free from constraints, based on the romantic work by Duque de Rivas, he set off in a new direction, making use of a montage-like dramaturgy. Psychologically charged, minutely directed scenes involving the lead protagonists appear alongside huge choral numbers, which are only losely connected to the main story. The Marchese von Calatrava forbids his daughter Leonora from entering into a relationship with Don Alvaro because of the colour of his skin. When he surprises them together a gun goes off, killing the Marchese. Leonora's brother Don Carlo spends three acts trying to hunt the lovers down, who became separated trying to escape, until the fatal reunion takes place. This 2019 new production places the central theme of racism in an opulent series of pictures with all kinds of different theatrical effects.