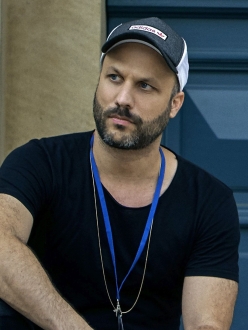 Tobias Kratzer made his debut at Oper Frankfurt in 2018 with Meyerbeer‘s L’Africaine, which was followed a year later by this production of Verdis La forza del destino and Nielsen’s Maskerade earlier this season. He returns to the company in 2022/23 for Rudi Stephan’s Die ersten Menschen / The First Peope. In recent seasons he's directed Gounod’s Faust at the Opéra National de Paris, Beethoven’s Fidelio at the Royal Opera House Covent Garden in London, Mozart’s Lucio Silla and Puccini’s Il trittico at the Théâtre Royal de la Monnaie in Brussels, Offenbach’s Les contes d’Hoffmann at the Nationale Opera Amsterdam and in Weimar and Zemlinsky’s Der Zwerg / The Dwarf at the Deutsche Oper Berlin. He won the 2008 Ring Award 2008 for Verdi’s Rigoletto and a German DER FAUST award for Götterdämmerung at the Staatstheater in Karlsruhe, where he also caused quite a stir with Meyerbeer’s Le Prophète. He has also directed Les Huguenots at the Staatstheater in Nürnberg and in Nice. He was voted »Opera Director of the Year« 2018 by Die Deutsche Bühne magazine and »Director of the Year« 2020 for Tannhäuser at the Bayreuth Festival and Rossini‘s Guillaume Tell at the Opéra de Lyon by Opernwelt magazine. Tobias Kratzer studied History of Art and Philosophy in Munich and Bern and drama and opera direction at the August Everding Theaterakademie.