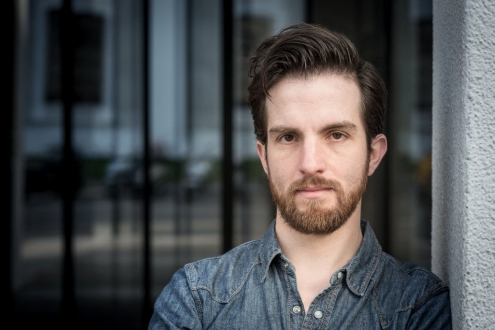 The set and costume designer Rainer Sellmaier is back at Oper Frankfurt, where he worked for the first time in 2018 on Meyerbeer's L’Africaine and returned a year later for La forza del destino, for this new production of Nielsen's Maskerade. He has worked closely with the director Tobias Kratzer, with whom he won the 2008 Graz Ring Award, for many years. Their recent productions have included Gounod's Faust at the Opéra National de Paris, Mozart's Lucio Silla at the Théâtre Royal de la Monnaie in Brussels, Beethoven's Fidelio at the Royal Opera House in London, Zemlinsky's Der Zwerg / The Dwarf at the Deutsche Oper Berlin and Tannhäuser at the Bayreuth Festival. Other important proudctions for which he designed sets and costumes have included Anna Bolena and Carmen in Lucerne, Rigoletto and Bach's St. John Passion at Wermland Opera in Karlstad (Sweden) and Der Rosenkavalier at Theater Bremen. He also worked on Schwemmer's Robin Hood with the director Nelly Danker and Falstaff with Johannes Pölzgutter at the Staatstheater in Saarbrücken. He received several nominations for set designer of the year in Opernwelt magazine for Les contes d’Hoffmann in Amsterdam, L’Africaine at Oper Frankfurt and Gluck's Telemaco at the Schwetzingen Festival, and costume designer of the year for Götterdämmerung at the Staatstheater in Karlsruhe. Rainer Sellmaier studied history of art and theatre in Munich and set and costume design at the Mozarteum in Salzburg and started his career at Theater Regensburg.