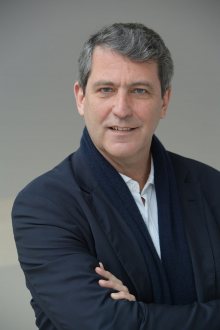 Konrad Kuhn studied comparative literature and musicology in Berlin. He started working in drama, at theatres including the Burgtheater in Vienna, before working as an opera dramaturge in 1999, at the Munich Staatstheater am Gärtnerplatz and Zurich Opera. Places where he has spent time as a guest dramaturge have included the Theater an der Wien, the Vienna State Opera, Opéra National de Paris, the Teatro Real in Madrid, State Opera in Berlin, the Salzburg and Bayreuth festivals, in Vicenza, Pompei, Bologna, Sao Paulo and Tallinn. He works regularly with the directors Claus Guth, Tobias Kratzer and Robert Wilson. Konrad Kuhn joined Oper Frankfurt at the beginning of the 2015/16 season, where new productions he has worked on have included Stiffelio, Flotow's Martha,La Damoiselle élue / Jeanne d’Arc au bûcher, Meyerbeer's L’Africaine, Norma, La forza del destino, Die lustige Witwe / The Merry Widow, Rodelinda and Lady Macbeth von Mzensk. He teaches at universities in Vienna and Frankfurt am Main.