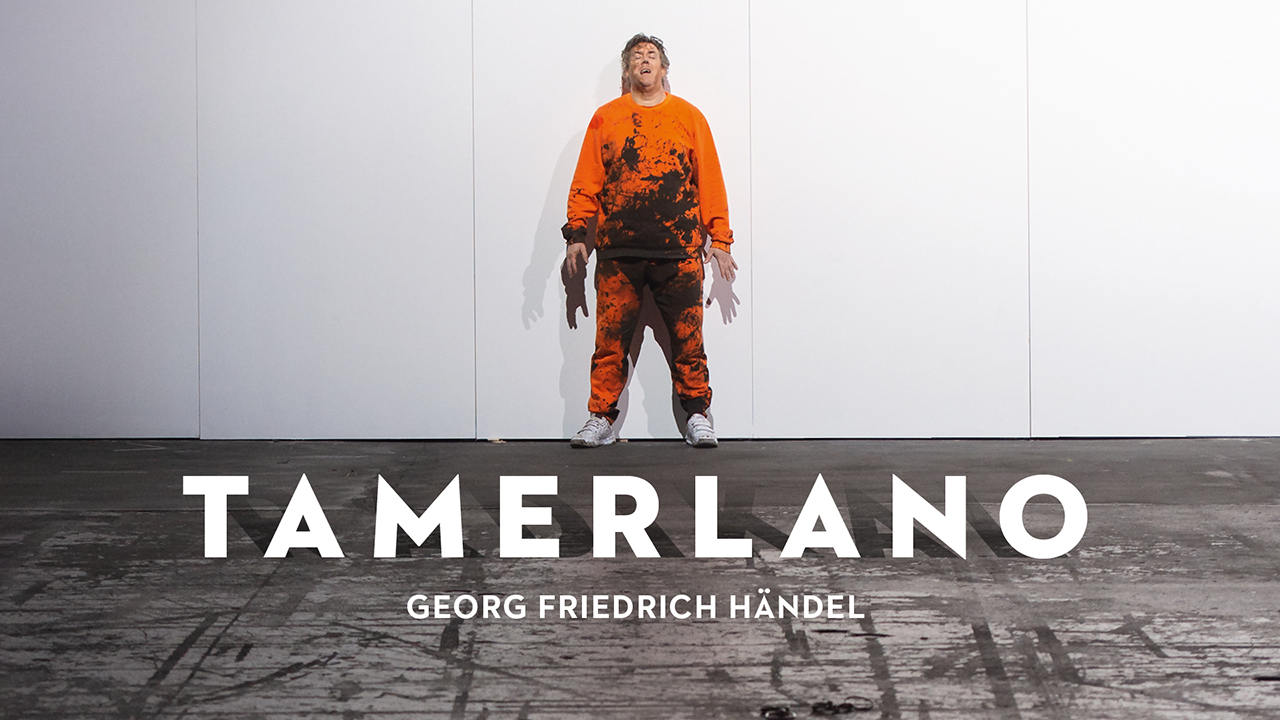 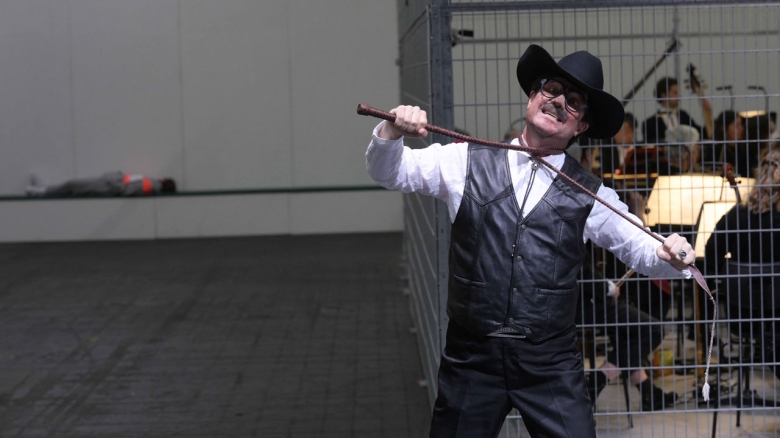 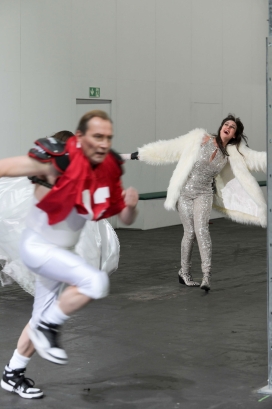 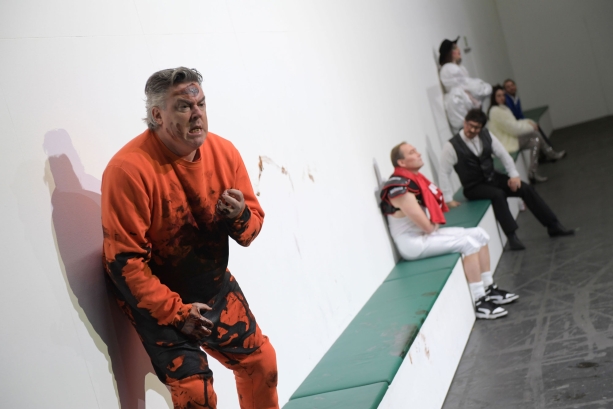 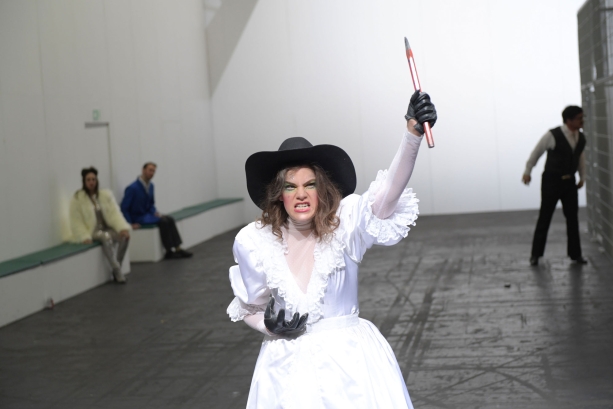 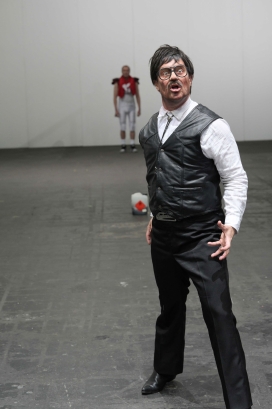 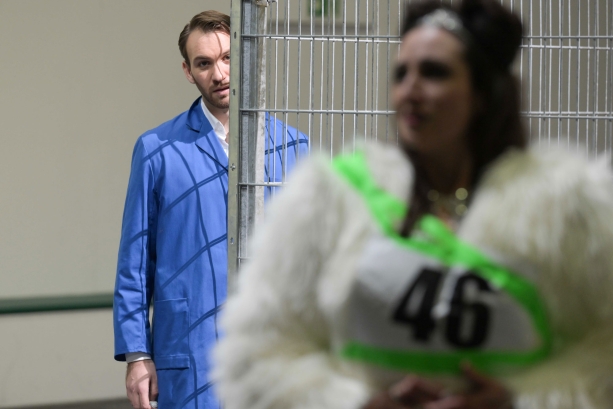 Proud Bajazet and his daughter Asteria are being held prisoner by the conqueror Tamerlano. Expropriated Andronico is Asteria’s lover. But Tamerlano, who’s engaged to Irene, who he’s never met, lusts after Asteria. Andronico is told to ask Bajazet for Asteria’s hand on the ruler’s behalf. If he agrees to the marriage, Tamerlano will set him free. He promises Andronico his rightful power and Irene as his wife in return. Asteria is devastated when she finds out that Andronico has approached her father as a marriage broker and intends to marry Irene. Bajazet turns Tamerlano‘s offer down, wounded Asteria keeps a low profile. Irene is horrified when she arrives: Andronico greets her as her bridegroom, not Tamerlano. Andronico advises her to pretend to be one of Irene’s confidantes and so hasten her marriage to Tamerlano. Leone is to take care of her. Andronico is left alone, at a loss, thinking about Asteria. Act 2 Asteria agrees to marry Tamerlano and snubs Andronico. The guard, Leone, leads Irene, disguised as her confidante, to Tamerlano. She demands that Tamerlano honour his promise of marriage to Irene. His answer: if she ensures that he loses interest in Asteria, he will marry Irene. Asteria reassures the stranger by telling her she’s not interested in the man or his might ... In the meantime, Bajazet has found out that Asteria has agreed to marry Tamerlano. Things come to a head: Bajazet threatens to take his life if his daughter doesn’t change her mind. Asteria throws a weapon away she’d hidden, to murder Tamerlano on their wedding night. Tamerlano swears vengeance. Act 3 Bajazet shares poison, which he carries on him, with his daughter. To save her from Tamerlano’s unpredictability and his last chance of escaping imprisonment. Andronico professes his love for Asteria and disassociates himself from Tamerlano for good. The ruler loses his temper, demanding Bajazet‘s death and Asteria’s humiliation. Tamerlano forces Asteria to serve him at a banquet, with Bajazet and Andronico looking on. When Irene sees Asteria putting poison into Tamerlano‘s drink, she warns him and reveals her true identity. Tamerlano wants Bajazet or Andronico to take a sip, but Asteria raises the glass to her lips. Andronico cannot prevent her suicide. Bajazet turns his plan into action and poisons himself. Dying, he takes his leave from his despairing daughter and curses Tamerlano. Tamerlano’s conclusion: he confirms he will marry Irene and Andronico and Asteria’s wedding.

The people in Handel’s 18th century opera, based on true events, are caught up between power and stubbornness, love and desire, madness and constancy: In the 14th century Timur-Leng, leader of the Mongolian army, thrashed the Osmanian Sultan Bajezid I, who was reported to have faced his conquerer with dignity and pride. A conflict between two rulers acting according to different codes of honour and the development of a strong female character escalates until the work culminates in a dramatic suicide that challenges the conventional lieto fine of opera seria.

The director R.B. Schlather, set and costume designers Paul Steinberg and Doey Lüthi, transformed the Bockenheimer Depot into a playing field for a dynamic experiment between singers, orchestra and audience. They bring us up close with a situation where private and politics clash, stable power relations are shaken, and rationality goes out of the window.