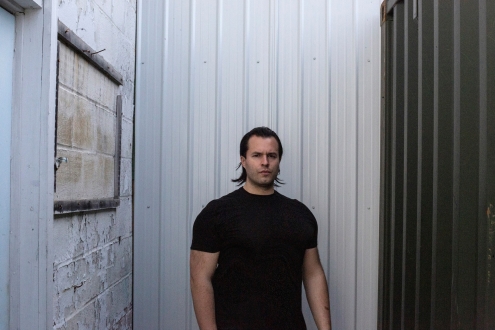 The American director R.B. Schlather made his European debut in 2019 at Oper Frankfurt with this production of Handel's Tamerlano in the Bockenheimer Depot, and returned last season for Cimarosa's L'italiana di Londra and Puccini's Madama Butterfly (revival May 2023). He recently directed Salome at Bard College's Fisher Center in Hudson, New York, and Weber's Der Freischütz at Wolf Trap Opera. Other projects have included a zoom performance of Rip the Nut: The Puppet Show for the Hudson Opera House and Così fan tutte at Santa Fe Opera. Productions in recent seasons have included John Adams’ Doctor Atomic at Curtis Opera Theater in Philadelphia, Don Giovanni in co-operation with with Opera Philadelphia, Verdi's Macbeth for Syracuse Opera and Fluxus Actions for the Los Angeles Philharmonic Orchestra in the Walt Disney Concert Hall. He has also directed Handel's Alcina, Orlando and Ariodante in an art gallery in New York as part of Opera Omaha's ONE Festival. His corona-delayed production of Salome at Bard College in Hudson's Fisher Centre opened at last. His 2018 reading of Hertzberg's chamber opera The Rose Elf in the catacombs of Green-Wood Cemetery in Brooklyn won WQXR’s »Freddie« Award, his take on Virgil Thompson's The Mother Of Us All in Hudson Hall was voted one of the »Best Opera Productions of 2017« by the New York Times. The Music Critics Association of North America voted his and the composer David Hertzberg's opera The Wake World for Opera Philadelphia as »Best New Opera«. His production of Philip Glass’ In the Penal Colony for Boston Lyric Opera, where he graduated from their Emerging Artist Program in 2014/15, was voted one of the »Best Operatic Productions of 2015« by the New York Times. R.B. Schlather teaches at the Curtis Institute of Music in Philadelphia, Brandeis University in Waltham / Massachusetts, Ithaca College / New York and New York University. He was Artist in Residence at the National Sawdust in Brooklyn for the 2016/17 season.