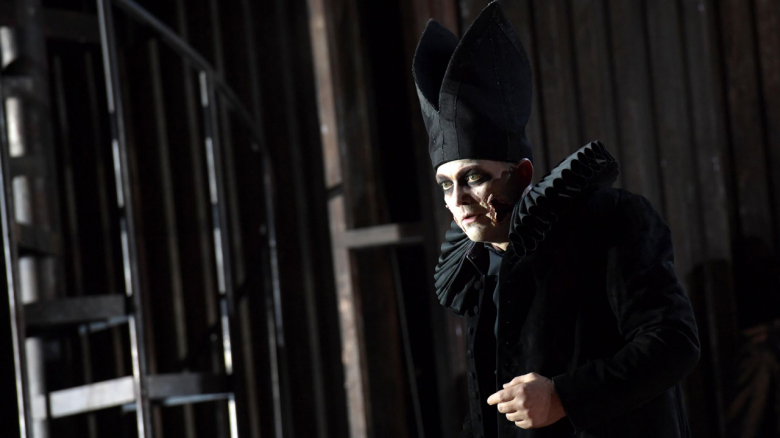 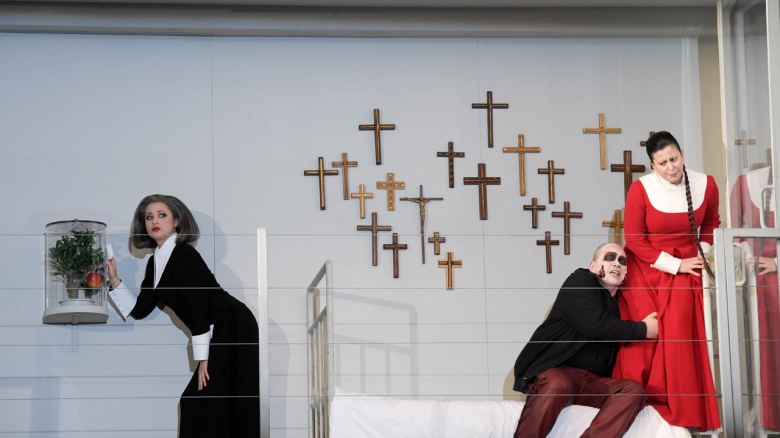 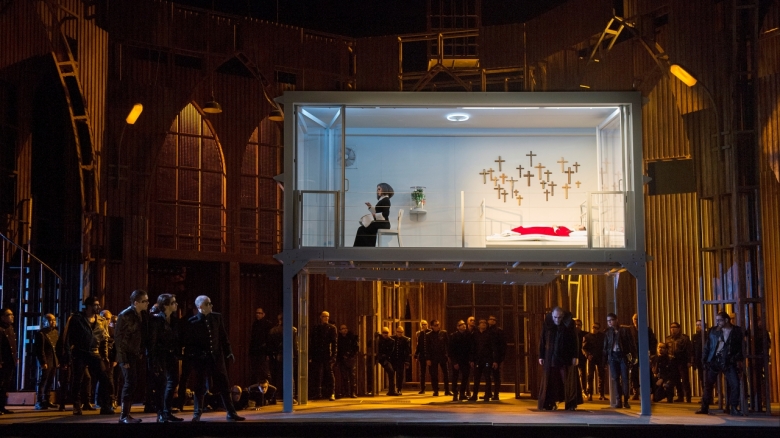 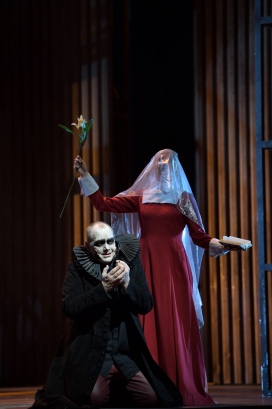 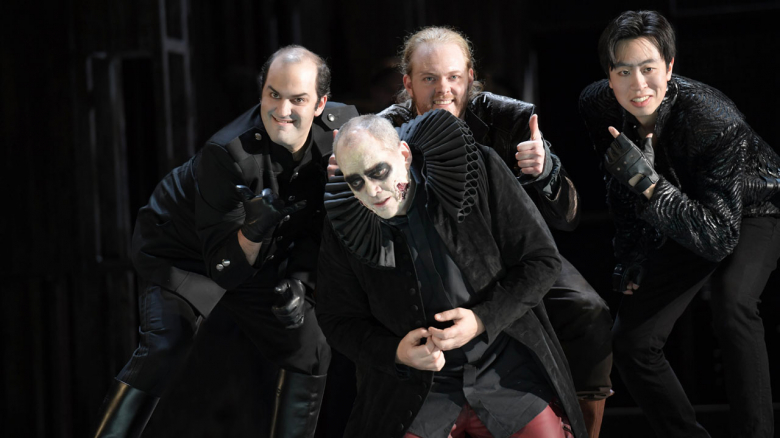 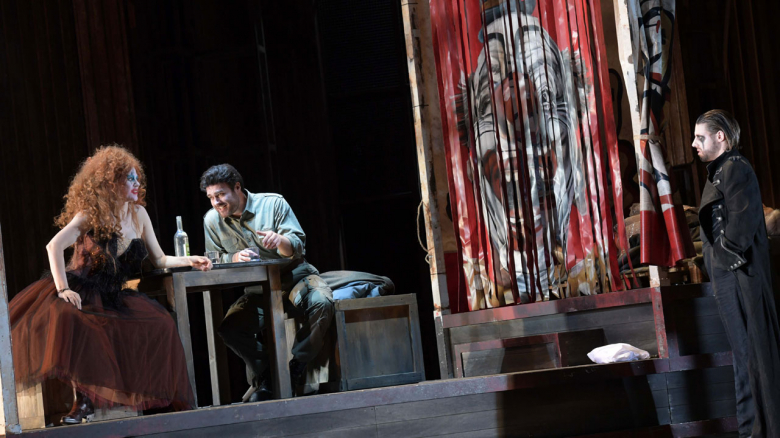 Act 1 The Duke of Mantua's court. Courtiers and the duke's hunchback jester Rigoletto amuse themselves by playing nasty tricks and humiliating each other. The duke seduces and then abandons women to pass the time. He mocks their husbands. He has not yet concluded his latest adventure with a young woman. Every Sunday, for three months, he has watched her in church. With the help of Rigoletto's stinging tongue the duke humiliates Countess Ceprano in front of her husband. When Rigoletto suggests that cuckolded Count Ceprano be executed, the mood suddenly turns against him. The courtiers demand revenge for Rigoletto's maliciousness. Marullo reveals that the hunchback keeps a secret lover hidden in his house. Count Monterone interrups the party. He intends to be avenged for his daughter, who the duke and his men dishonoured. When Rigoletto mocks the despairing father, Monterone curses the duke and his jester. Rigoletto cannot get Monterone's curse out of his mind. Out on the street Sparafucile, a professional assassin, and his sister Maddalena offer their services. Rigoletto sees his mirror image in the murderer: Sparafucile kills with a dagger, he with his humiliating words. Rigoletto bemoans his fate and tries to justify his actions to himself. He comes home, where his daughter Gilda is locked away from the outside world, looked after by her governess Giovanna. Gilda means everything to her father. She grew up in a convent and only came to live with him three months ago. Gilda longs for life and freedom. Rigoletto avoids answering her questions about her dead mother and his name. Before going out again he orders Giovanna to guard his daugher well. The duke manages to bribe Giovanna. Disguised as a poor student, Gualtier Maldé, he forces his way into the room. He proclaims his love for her, which Gilda immediately returns. She is overjoyed. When Giovanna hears footsteps, the duke is sent away. Gilda falls into a reverie about her beloved's name. The courtiers break into the house to steal Rigoletto's supposed lover. Rigoletto, his eyes bound, takes part in the crime in the mistaken belief that they are abducting Countess Ceprano. Too late, he realises that he has helped steal his own daughter. Interval - Act 2 The duke is desolate that his beloved seems to have been stolen from him. When coutiers report that she has been carried away by his men and brought to court, he hurries to her. Rigoletto is looking for his daughter, mocked with Schadenfreude by the courtiers. When it emerges that she is with the duke, he demands that she be returned to him. He is beside himself with rage, then pleads with the courtiers. Gilda appears and admits to her father that she loves the duke. Rigoletto sees his daughter disgraced and his life destroyed. In another towering rage, he sees Monterone's ghost. Rigoletto swears bloody vengeance and intends to leave the city with Gilda, for ever. Act 3 Gilda loves the duke, despite everything. Rigoletto tries to show her his true character. He makes her watch as her beloved, disguised as a soldier, enjoys himself with the prostitute Maddalena, Sparafucile's sister. Rigoletto orders his daughter to leave the city, dressed as a man, and hires Sparafucile to kill the duke. Thunder clouds are gathering. Gilda has secretly come back and overhears how Maddalena and Sparafucile argue about whether the duke should be murdered. Maddalena feels sorry for him and persuades her brother to kill the first guest who knocks on the door before midnight, instead of the duke. Gilda enters, sacrificing her life for the duke. Rigoletto comes to collect the body bag. He is about to dispose of it in triumph when he hears the duke's voice. He opens the sack and finds his dying daughter.

Verdi's success as a composer was sealed with the first performance of Rigoletto. A highly concentrated dark, tragic opera: the Duke rules with ruthlessness and cruelty over a society, on whose edge Rigoletto, the court jester, pours poison into wounded souls. Rigoletto feels vengeful hate for being cursed with a hunchback. And there's more: He thinks he can manipulate others. He keeps his daughter Gilda hidden away like a sacred treasure, so that she doesn't fall victim to the Duke's insatiable appetite. But Gilda snatches the first chance that appears to flee, into the arms of the Duke. Director Hendrik Müller and his set designer Rifail Ajdarpasic depict egomaniacs whose belief in a higher power is just as depraved as the rusty cathedral in which the story runs its course.