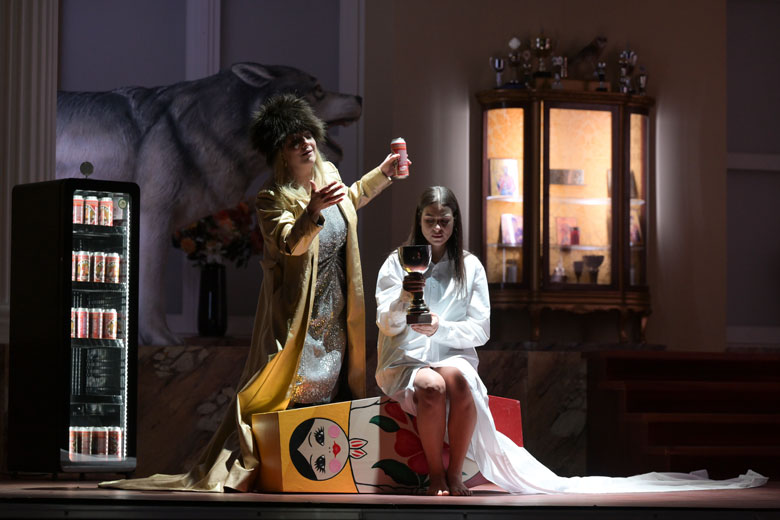 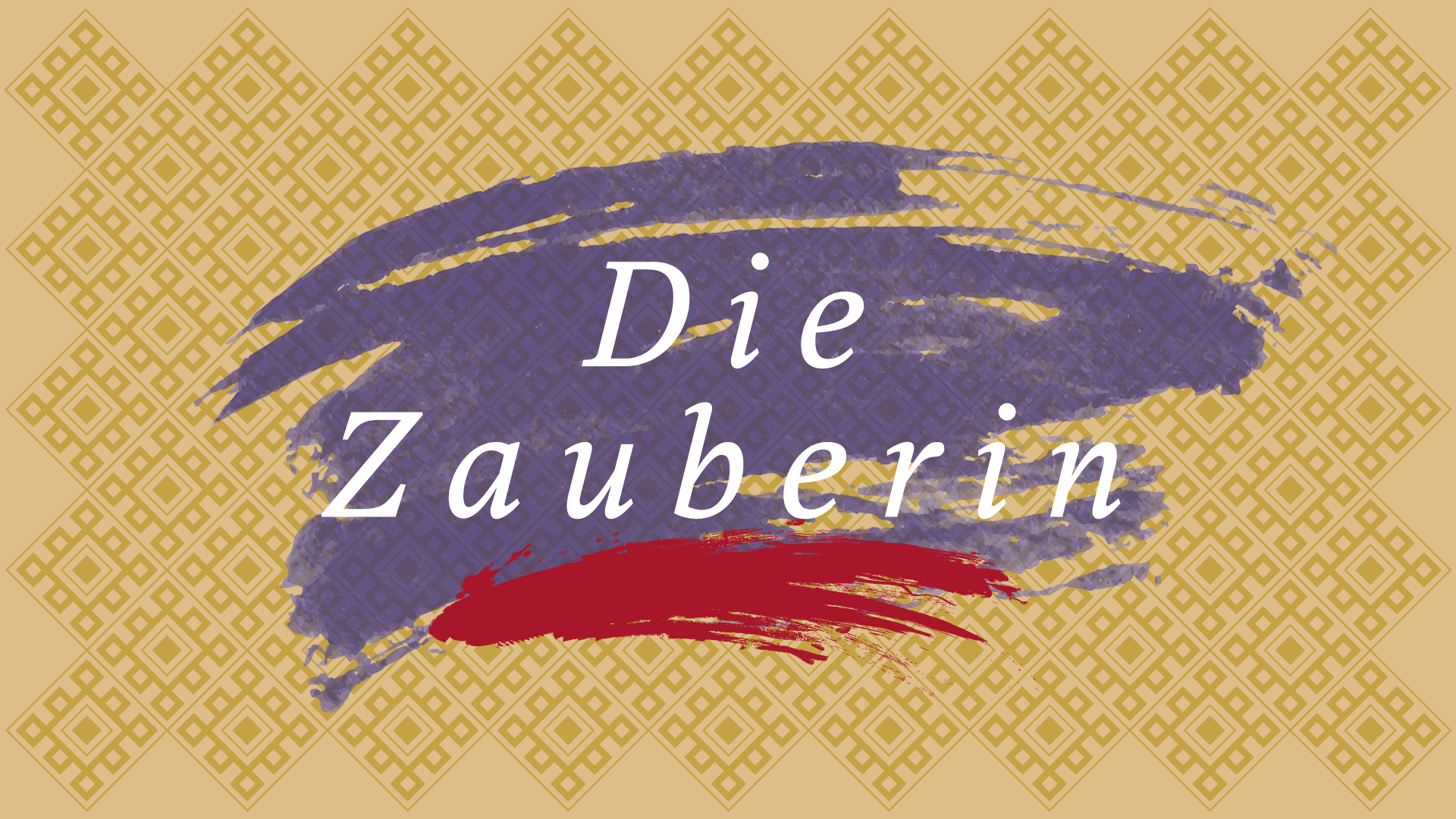 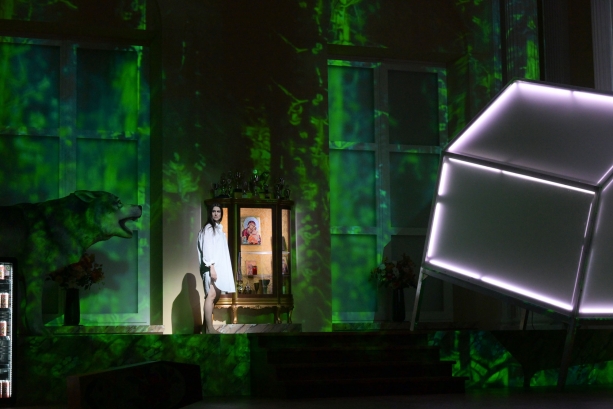 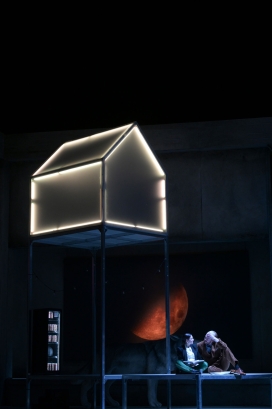 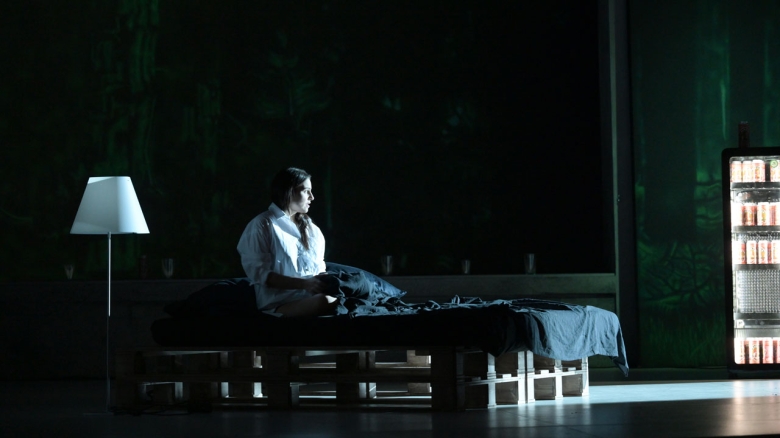 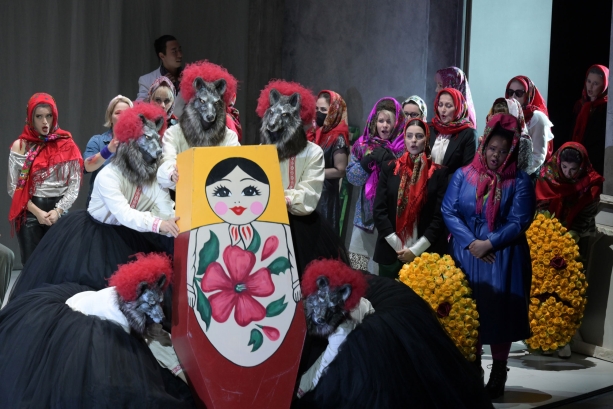 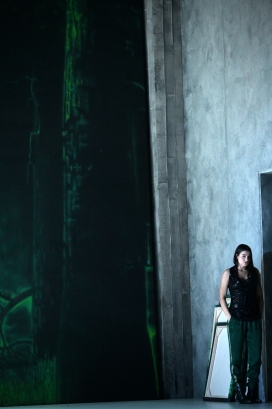 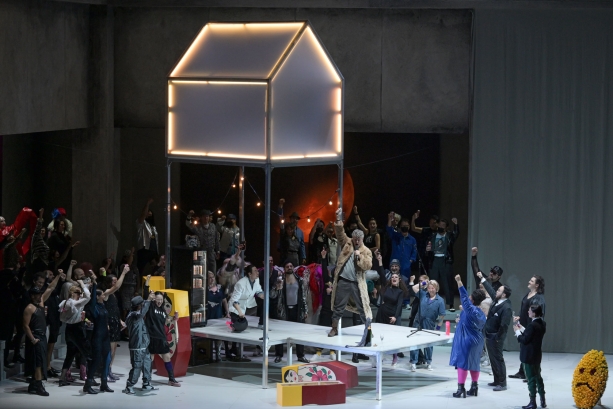 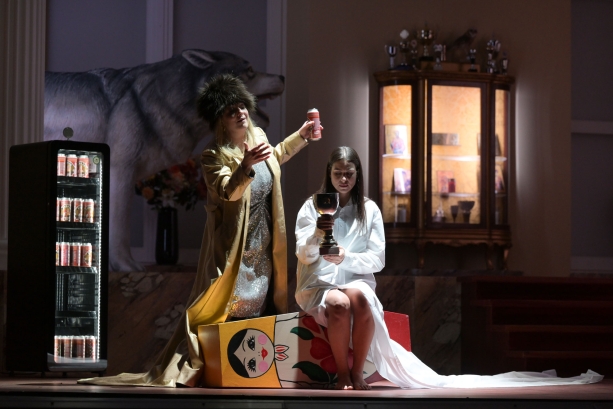 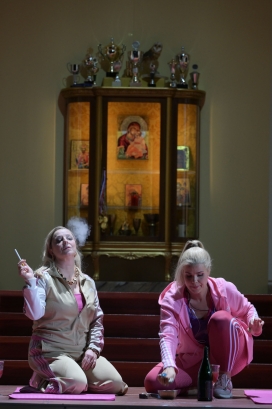 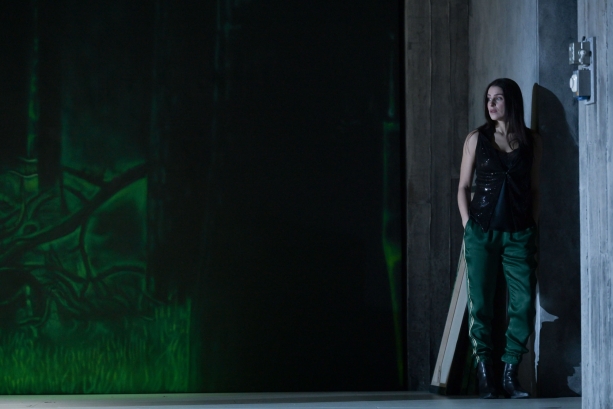 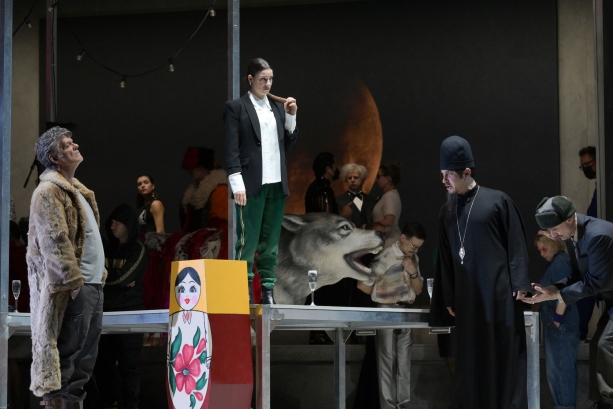 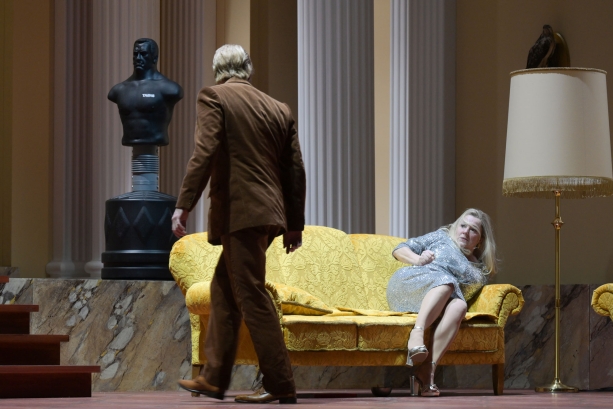 Far away from the confines of the nearby city of Nischni Novgorod, guests at an establishment run by the widow Nastasia (known as "Kuma") can talk and party as they please. She calms things down when a heated argument breaks out. New guests arrive from the city: young prince Juri, son of the Prince, and his entourage. Juri’s admired by everyone, but refuses their invitation to stay. The mood changes when the Prince arrives with his spy, the clergyman Mamyrov. Because Mamyrov has accused Nastasia of witchcraft and fornication. The Prince intends to arrest her, but she manages to win him round with her hospitality and beauty. He even gives her his ring. Nastasia’s dancers perform. Mamyrov’s forced to dance too and is publicly humiliated. Act 2 The Princess is deeply worried. Mamyrov confirms her suspicions, that the Prince has fallen for Nastasia and visits her every day. The Princess is absolutely livid. Her chambermaid, Mamyrov’s sister Nenila, attemps in vain to persuade her mistress to try and win her husband back with magic. Paisi arrives, begging for alms. Mamyrov promises to reward him if he spies on the Prince and gives regular reports on his visits to Kuma. The Prince thinks of nothing but his beloved Nastasia. When he tries to start a conversation with the Princess about Prince Juri’s forthcoming wedding, she accuses him of infidelity and threatens to have Nastasia arrested on suspicion of witchcraft. On Mamyrov's orders, the Prince's servants demand excessive taxes and loot the market. The merchants demand an explanation from Mamyrov, who sets his servants on them. Civil disorder threatens. Juri interferes in his father's affairs for the first time, seeking to resolve the conflict. When he hears that his father loves Nastasia he decides to avenge his betrayed mother and kill Nastasia. Act 3 The Prince tries to force his love on Nastasia, but she spurns him. He threatens her with violence and leaves. Her friend Polya and uncle Foka warn Nastasia that Juri’s planning to attack her. She refuses any kind of protection and waits for her murderer. The young prince arrives. Nastasia convinces him of her innocence and declares her love for him. Juri, who realises that the supposed sorceress is in fact a strong, honest woman, returns her feelings. Act 4 Out hunting, Juri’s waiting for Nastasia, to run away with her. The hunters’ horns lure him away. The Princess, in the company of treacherous Paisi, meets Mamyrov, and asks him for poison. Nastasia says farewell to her friends. Disguised as a pilgrim, the Princess worms herself into her trust and gives her a deadly potion. Nastasia dies in the young Prince’s arms. The Princess confesses to murder. Her son curses her. When the Prince tries to claim Nastasia as his own and sees that she’s been murdered, he kills his son and his wife. Horrified by his actions, he goes mad.

The power of love vanquishes the love of power: a dream, that goes wrong

Tchaikovsky’s seventh opera unravels like a four-part thriller, combining love and jealousy, drama, political intrigue and religious machinations which expose the impotency of the powerful and the opportunism of people. The plot revolves around the widow Nastasia, nicknamed Kuma, who runs an establishment where people of all kinds converge. Mamyrov, a duplicitous clergyman and advisor to the prince, accuses her of witchcraft and immorality, but she manages to get the prince on her side and make a fool of his adviser. Mamyrov fans the flames of the princess’ jealousy, ... things are going to get out of control ...

Tscharodejka – »The Enchantress« – was written between Eugene Onegin and Pique Dame but is rarely performed today, even though Tchaikovsky thought it his best work. The score glitters, revealing a multi-facetted progressive operatic dramatist: he deals with the exciting story by using different musical ideas for each act. Passionate characters, sensitive melodies, sparkling orchestration and dramatic ensemble scenes declare his unconditional love for »his« enchantress.