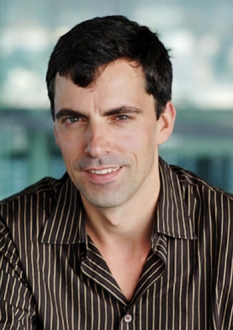 Christian Schmidt has designed sets for many productions directed by Claus Guth. Their projects in Frankfurt in recent seasons were Der Rosenkavalier (which returns later this season!), Il trittico, Daphne, Pelléas und Mélisande (the last 2 won FAUST theatre prizes for best productions of the year),  Die lustige Witwe / The Merry Widow and Rodelinda (a co-production with the Teatro Real in Madrid). Since they began working together in 1992 their productions have been seen at theatres all over Europe, including the Salzburg and Bayreuth festivals, the Munich Biennale, the Glyndebourne Festival, the Semperoper in Dresden, Theater an der Wien, Opéra National in Paris, the Nationale Opera Amsterdam, Gran Teatre del Liceu in Barcelona and the Hamburg, Berlin and Vienna state operas. This season he helped stage the world premiere of Heart Chamber at the Deutsche Oper Berlin, where he returned for a new production of Mussorgsky's Khovanshchina. Other recent projects have included the world premiere of Michael Jarrell's Bérénice at Paris Opera and Handel's Orlando at the Theater an der Wien. He designed the set for the 2014 Frankfurt production of Delius' A Village Romeo and Juliet directed by Eva-Maria Höckmayr, with whom he worked on Lucia di Lammermoor at Cologne Opera. He has also collaborated with Christof Loy, Andreas Homoki, Hans Neuenfels (most recently on a new Pique Dame at the 2018 Salzburg Festival) and Amelie Niermeyer (most recently on Otello at the Bayerische Staatsoper in Munich, Rusalka at the Theatre an the Wien and Lucia di Lammermoor at the Hamburg State Opera). He returns to the Hamburg State Opera soon for Turandot directed by Yona Kim. He was voted set / costume designer of the year several times by critics from Opernwelt magazine and nominated for »Best Set & Costume Designer« at the 2017 and 2020 International Opera Awards.