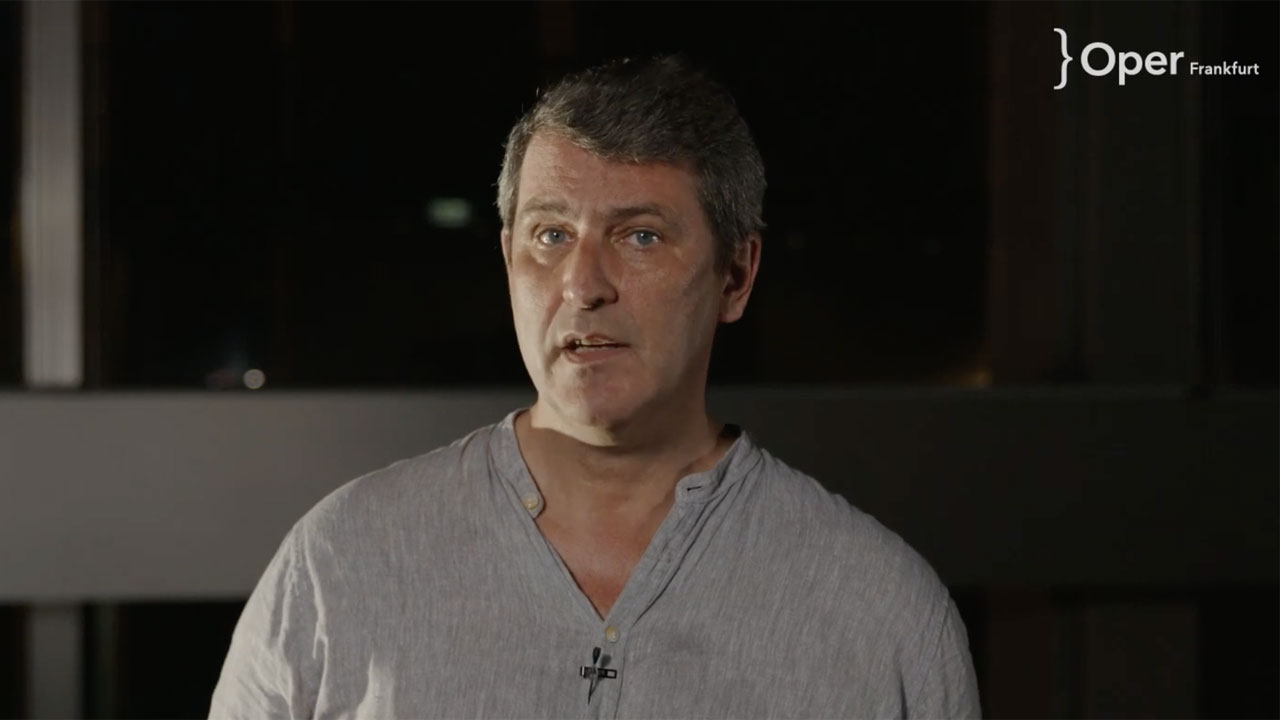 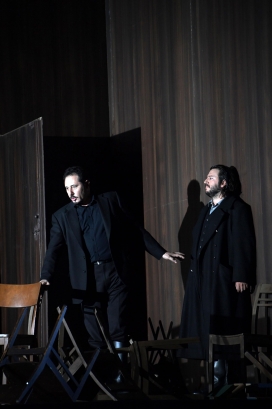 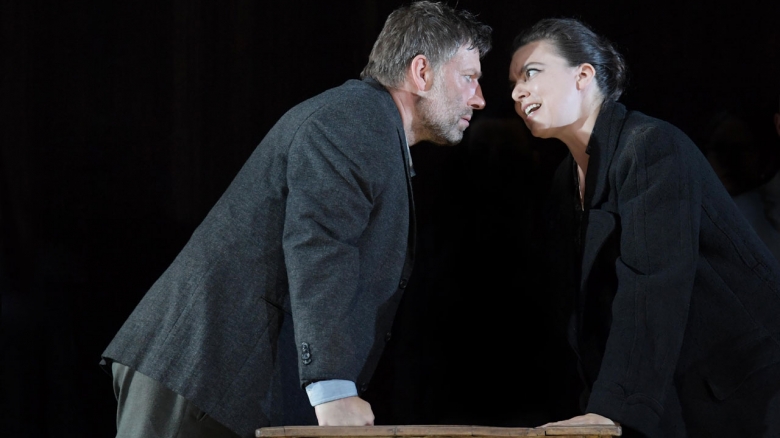 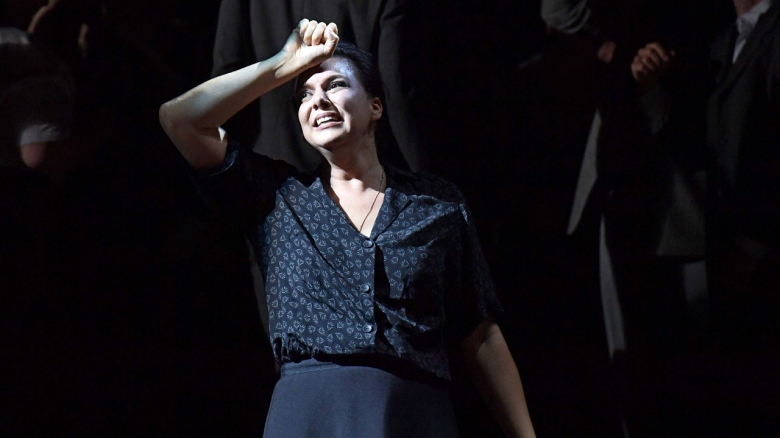 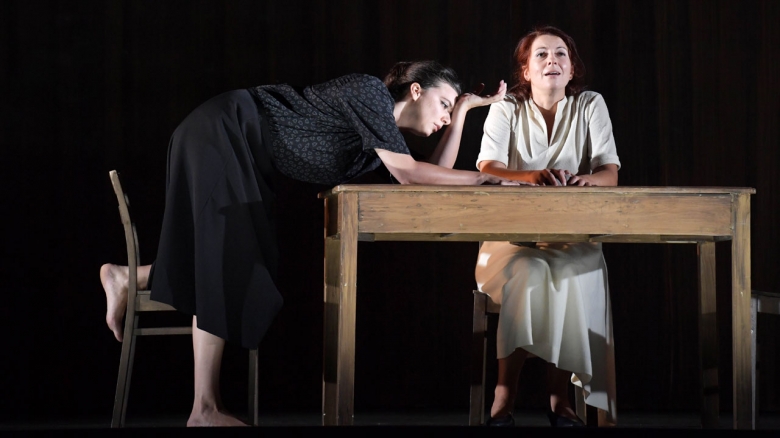 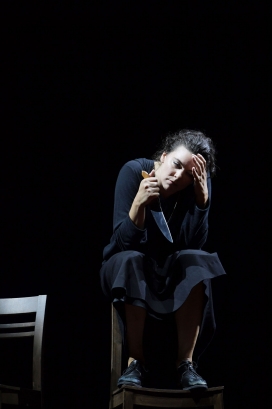 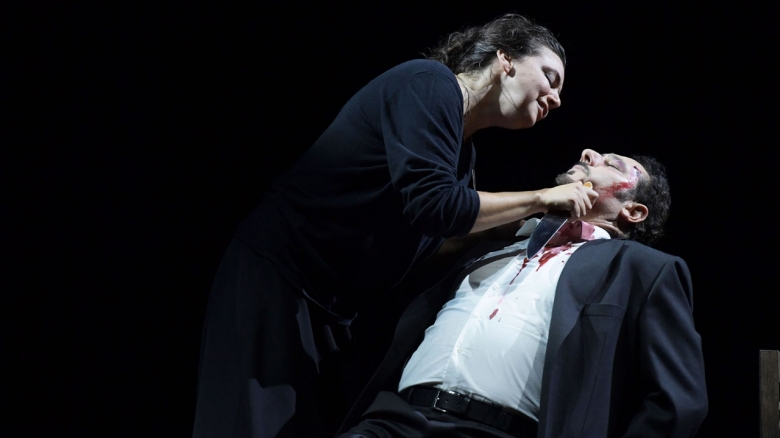 The country's been suffering under the hated occupying forces' regime of terror for years. Members of the resistance, operating underground, to little avail, to liberate their country are exhausted and debilitated. They impatiently call upon their leader Norma to give the signal to attack. They want open war, want to risk body and soul. But Norma cautions restraint. A ceasefire, more than that: she longs for peace. Nobody knows that Norma's been in a secret relationship with Pollione, governor of the occupying forces, a long time. Only her friend Clotilde has been let in on the secret, only Clotilde knows that they have two children. Norma hopes that this double life will end one day, so that she can bring up the children in freedom with their father. Norma has heard that Pollione's been ordered back to his country. He hasn't said a word about this, and she has sensed, for some time, that his love for her is dying. And, indeed, Pollione is not planning to take Norma and the children with him, but another woman instead: Adalgisa; she too was a woman secretly working against him, she too was seduced by the enemy, she too feels she's betrayed her country. Adalgisa, in her confusion, confides in Norma, whose severity and radicalism she admires. Without divulging who she's talking about, she admits that the love she feels deeply unsettles her, making her feel guilty about neglecting her faith and the struggle for liberation. Norma is moved by the young woman's emotional turmoil, recognising much of herself in her. But when it comes to light that the man Adalgisa loves is Pollione, who has just entered Norma's home to visit the children in secret, Norma gives vent to her long suppressed feelings. She curses Pollione, wishing death on him. In the space of a few hours her mind has become so distraught that, to punish Pollione, she plans to kill both children. She recoils in horror at the last minute and, in her madness, devises a new plan: She will place the children in Adalgisa's care; they shall leave the country with Pollione. But Adalgisa, shattered by trying to come to terms with Pollione's dishonesty, wants to reconcile the couple, renouncing her own passion. She manages to convince Norma of her sincerity and promises to go to Pollione and beg him to return to his family. Norma allows herself to be carried away by Adalgisa's plan, dearly wanting to believe in renewed happiness. In the meantime Norma's father, Oroveso, who founded the group of partisans, receives news that a new governor, and even greater mililtary presence, will mean that a fight, let alone victory over the enemy, seems even more hopeless. When Norma hears that Adalgisa's plan has failed, and that Pollione is even more intent on conquering Adalgisa – by force if necessary – she summons her warriors: it's time for battle, war is the watchword. INTERVAL Preparations for the attack are underway when an enemy is discovered in the camp: it's Pollione who, blind with fury, has assaulted Adalgisa. Norma now has the powerful occupier and unfaithful husband in her power. She's prepared to kill him but, before doing so, wants to torture him by denouncing Adalgisa as his lover and handing her over to her comrades, when her mind suddenly clears. She accuses herself of insincerity against her fatherland and is prepared to face punishment with Pollione. Pollione realises, in the face of death, that he loves Norma, and has always loved her. Norma manages to make her father promise to care for the children. Released at last, Norma finds happiness again, and takes her leave from life. (Christof Loy)

Bellini's Norma was long thought of as a useful vehicle for divas – hardly surprising: the role is one of the most demanding there is. The work has been taken more seriously in recent years. It deals with questions which still occupy us today: how to deal with the contradictions between public office and private happiness? How much does responsibility for one's own children determine life? What role does religion play in society? What happens to a friendship between two women who love the same man? These themes are mirrored in a story about the Gallic seer Norma, who enters into a relationship with the Roman proconsul Pollione, her people's deadly enemy. When he betrays her love she goes through a jumble of emotions which climax in self sacrifice as an expression of the admission of her own guilt. Bellini found a musical language for the work that places singing at the centre, in bel canto, probably it's most perfect form, which is truthful and deeply moving.