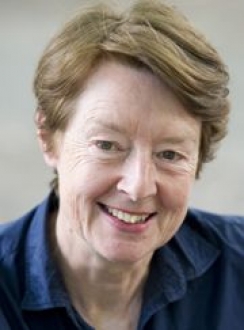 Ursula Renzenbrink was born in 1952 in Hamburg, where she studied with Wilfried Minks. After two years spent as an assistant at the Deutsche Schauspielhaus in Hamburg she worked as a costume designer for many directors. She designed costumes for many of Luk Perceval's productions, including The Makropoulos Case at the Staatsoper in Hannover and Marienvesper at the Staatsoper in Berlin. She has worked regularly with Christof Loy since 2008. their productions have included Don Giovanni at Oper Frankfurt, Daphne at Theater Basel (and Hamburg State Opera), Khowanshchina and Les Vêpres Siciliennes at the Nationale Opera Amsterdam, Louise at the Deutsche Oper am Rhein, Alceste in Aix-en-Provence, The Merry Widow at the Grand Théâtre in Geneva, Handel's Theodora and Die Frau ohne Schatten at the Salzburg Festival, Alcina and La straniera at Zurich Opera and Falstaff at the Deutsche Oper Berlin. Other productions for which she designed costumes at Oper Frankfurt included Benedikt von Peter's production of Die Räuber/i masnadieri.