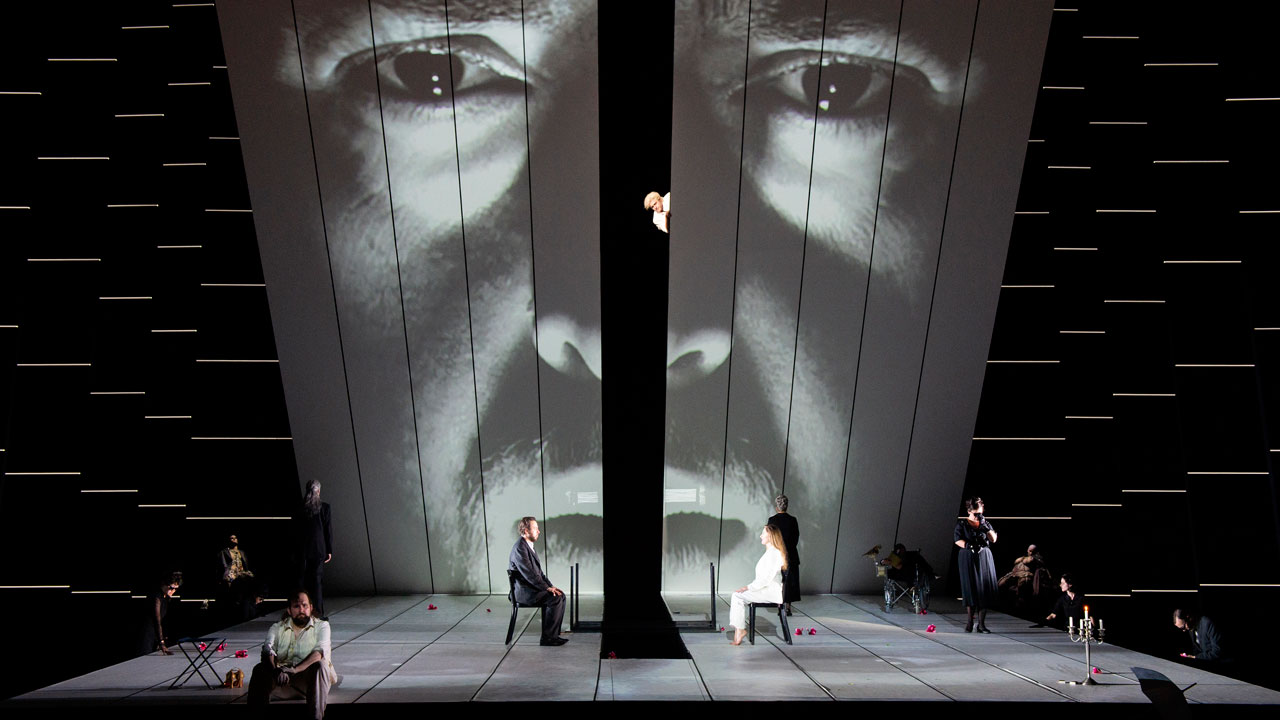 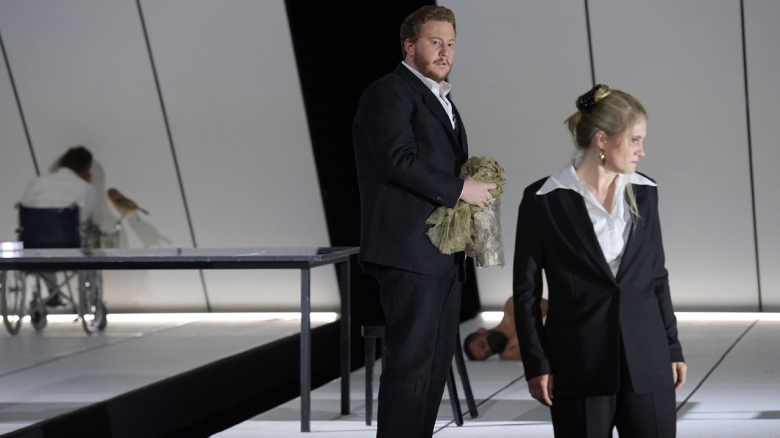 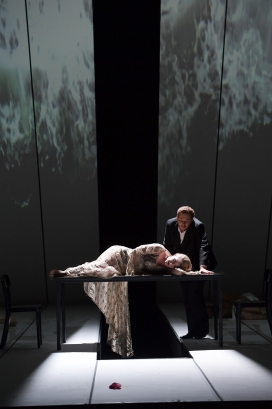 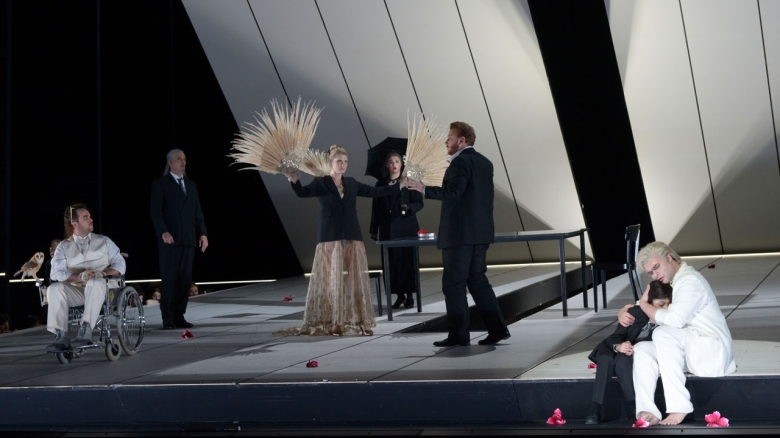 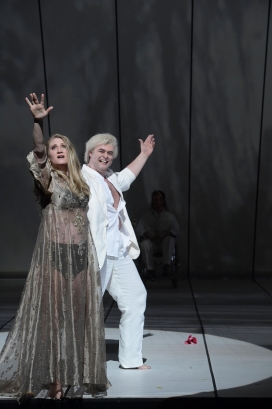 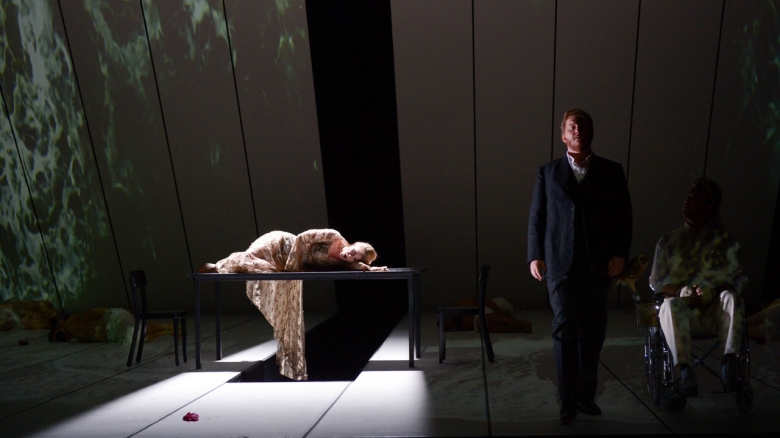 King Roger rules Sicily. During mass the archbishop, deaconess and people demand that he not allow morals to deline. They feel threatened by an unknown shepherd, who praises another God, spreading confusion. Queen Roxana asks Roger to listen to the shepherd, who talks about his God of happiness, love and life. While Roxana is mesmerised by his words, the archbishop, deaconess and people demand that he be put to death. King Roger consents to the shepherd's execution. Edrisi, the King's adviser, cautions reconciliation. Roger is confused. He rescinds the death sentence and sets the shepherd free, ordering him to come back in the evening to appear before him, his judge. Roger waits for the shepherd, full of doubts and fear.  Roxana tries to calm him down and begs for mercy for the shepherd. When he appears, Roger bombards him with questions about his God and origins. The King accuses the shepherd of blasphemy, but turns out to be the loser. Roxana wants to follow the shepherd, but is held back by Roger. He attempts to have the shepherd arrested, but he frees himself and tells the people to follow him. Roxana joins them. The King turns his back on sovereignty. Roger makes his own, uncertain way through a world of night and dreams. Roxana answers his desperate call. Roger's questions about the shepherd make him confront his own longings. He hears the shepherd in a dream that hasn't ended yet. He vanishes. At daybreak Roxana leaves too. Roger, inwardly transformed, is left alone.

How could the powers of chaos and order, reason and desire be combined in a creative way? These questions dogged the Polish composer Karol Szymanowski's life and work. Although he is regarded as a key figure of 20th century music, his works are not often performed. In Król Roger, his only opera, Szymanowski used the times of the Norman King Roger II's reign as the framework for a symbolic story: Roger ruled over several, very different cultures. His authority is questioned by an unknown shepherd, a mixture of earth-spirit, wandering preacher and God. He seduces the people, and then Queen Roxana, with his talk of a young god. Opposites, contradictions and despair shape the King's inner journey. There is no dramatic development in a conventional sense until the very end of the work, when Roger comes face to face with his downfall and dedicates himself to the sunlight and life.

The music in King Roger is dazzling, with overwhelming moments drawing a fascinating psychogram of the title character. Szymanowski's opera is a vision of a lost human being who, in the end, becomes one with himself through self-knowledge.