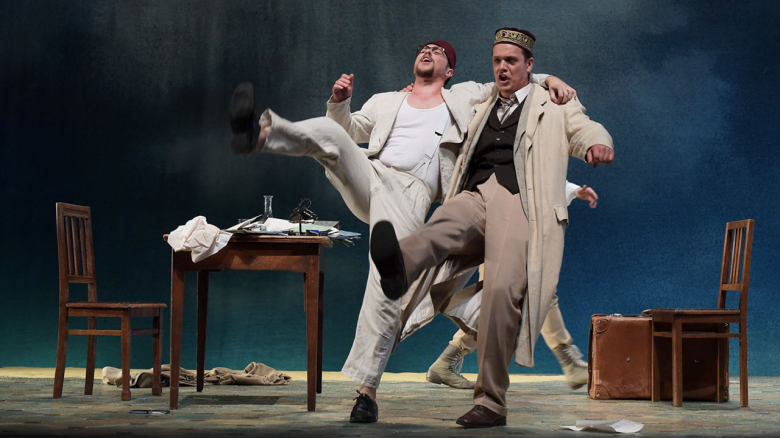 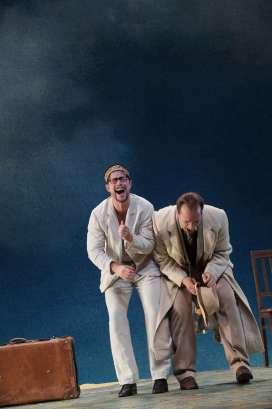 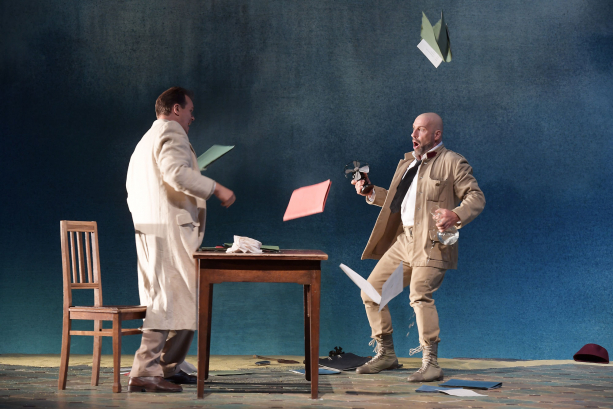 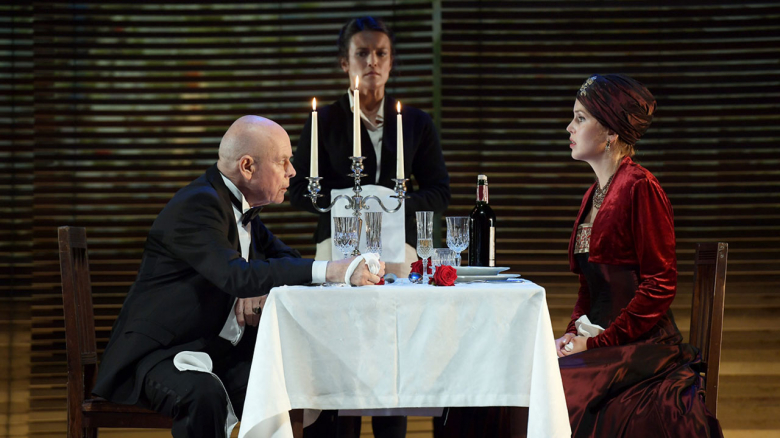 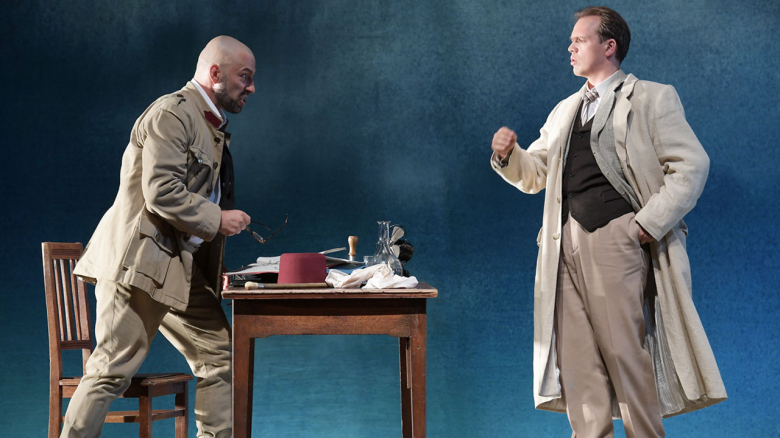 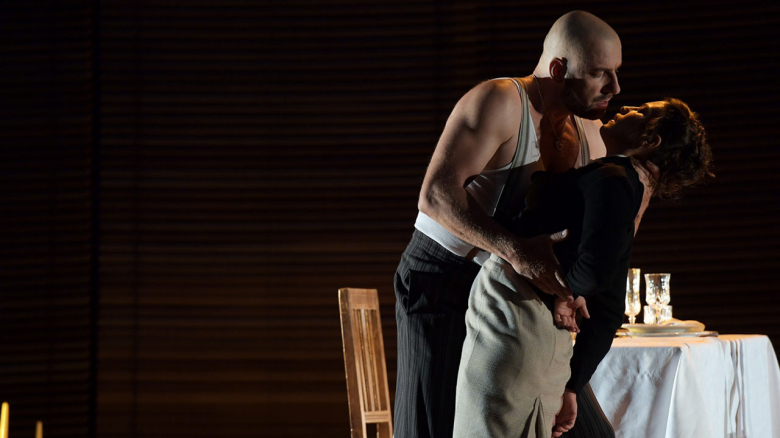 Die Entführung aus dem Serail (The Abduction from the Seraglio)

Constanze, her English maid Blonde and her fiancé Pedrillo, were taken prisoner by pirates who sold them in Turkey to Bassa Selim as slaves. Pedrillo managed to get word to Constanze’s betrothed, Belmonte, who's on his way to try and secure her freedom. Act 1 At his first attempt to enter Bassa Selim’s palace Belmonte is threatened and chased away by Osmin. Pedrillo has to put up with Osmin’s tirades about everything „foreign“, on a daily basis. On his second attempt Belmonte meets his servant, who tries to make clear what deadly risks they run with the planned abduction. Belmonte throws all caution in the wind. He's too excited about seeing Constanze again. Selim and Constanze are alone. The Bassa feels deeply drawn to her but doesn't want to force her to be his wife. She tries to explain why she must refuse his advances: thoughts of her beloved at home weigh heavily on her heart. Full of understanding, Selim postpones further argument over the matter to the following day. Pedrillo introduces Belmonte to the Bassa as an architect, and Belmonte gains entry to the palace. Osmin tries to stand in the way but is mocked by Belmonte and Pedrillo. Act 2 Osmin loves Blonde. She needs all her strength to resist his advances. They argue when he tries to demand his right, as her master, to force her to love him. She furiously fends him off. Constanze is anxious about the forthcoming meeting with the Bassa. When Bassa becomes more impatient and threatens force if she refuse him again, she declares that she would ratherndie rather than be untrue to her beloved. Pedrillo tells Blonde that Belmonte has arrived. Constanze and she will be abducted, this very night. Constanze and Belmonte are to meet in the garden before this happens. Meanwhile the christian, Pedrillo, manages to tempt the muslim, Osmin, to drink. A sleeping draught is mixed in the wine, which should render him harmless for a few hours. Belmonte and Constanze see each other again. Tears of happiness, but also feelings of anxiety colour their meeting. A dark shadow looms when both men cast doubt over the faithfulness of their brides, but the girls forgive them. Belmonte and Constanze, Pedrillo and Blonde renounce jealousy and let love live. Act 3 All are waiting nervously for midnight. The abduction backfires. Osmin, awake earlier than envisaged, has arrested both couples and tells Bassa what happened during the night. Selim realizes that Belmonte's the son of his one time deadly enemy and threatens terrible revenge. Fear of death draws Constanze and Belmonte together. They all face execution. But the Bassa has second thoughts. He grants them their freedom and takes his leave from Constanze.

No other opera was more successful or often performed during Mozart’s lifetime as The Abduction from the Seraglio.  He argued with his employer in Salzburg, Archbishop Hieronymus von Colloredo, to such a degree while composing the work that he ended up leaving the town where he was born. Proud of winning her by sheer obstinacy, and abducting his future wife Konstanze Weber, Mozart drew parallels between real life and his new opera’s plot. True to the spirit of the times Mozart copied »Turkish music«, or what he thought it would sound like. Memories of the so called Turkish War a hundred years earlier were still fresh – so an »oriental opera« came into being, with a three-part overture, whose beginning and end sound »Turkish«. Kaiser Franz Joseph II, who saw the world premiere in 1782, was thrilled: »Too beautiful for our ears and an awful lot of notes, dear Mozart!«.