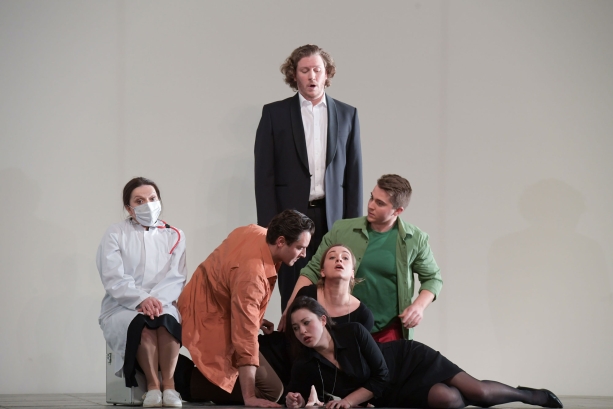 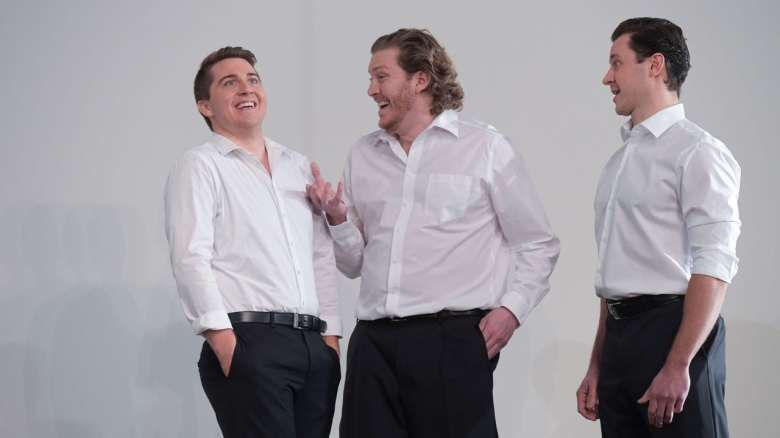 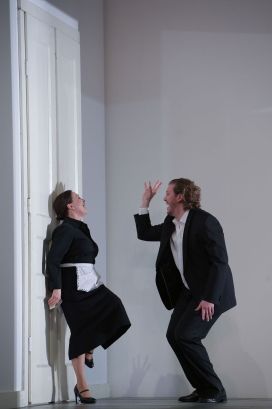 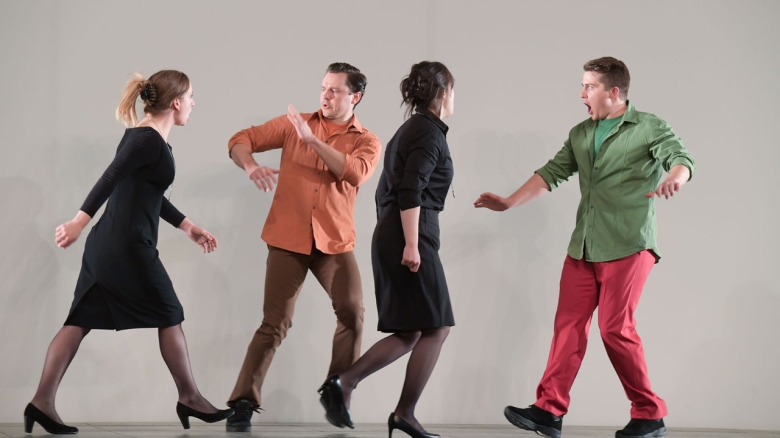 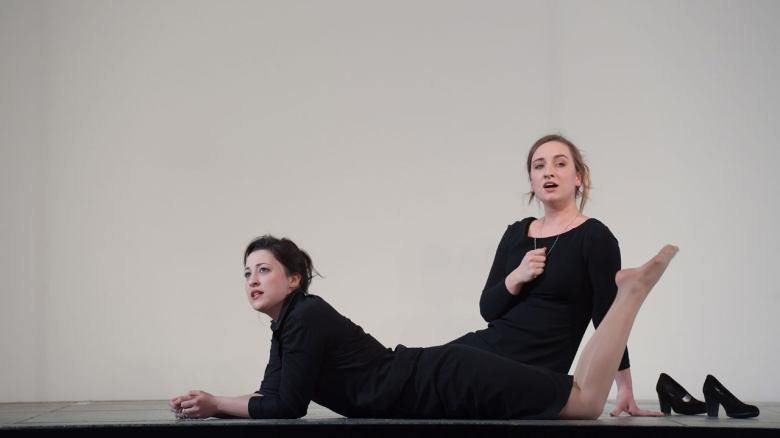 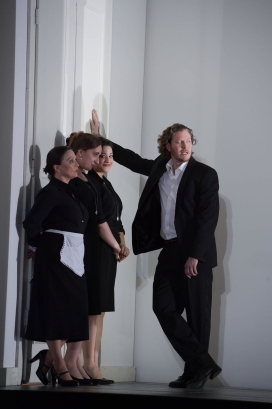 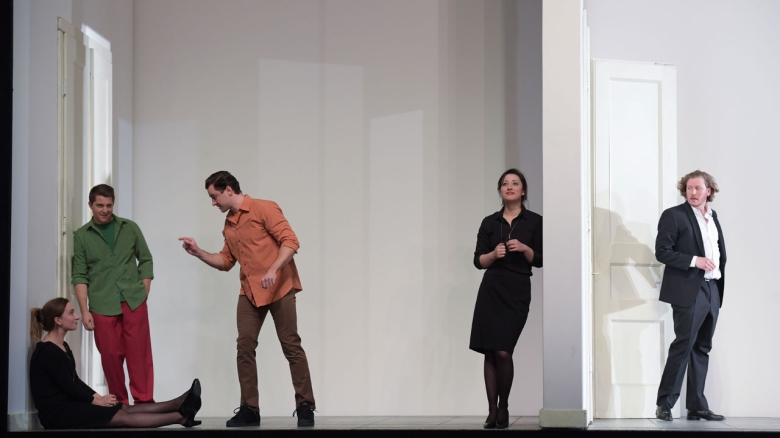 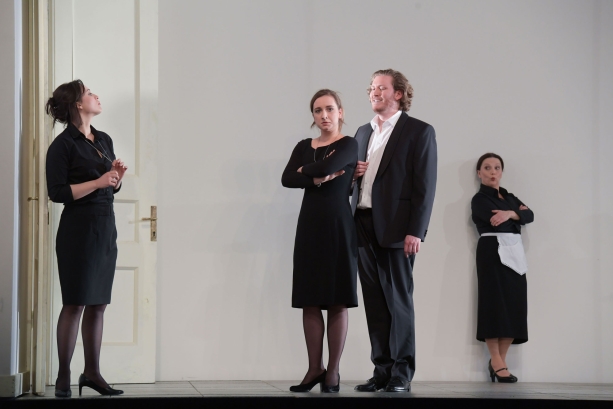 Don Alfonso bets Ferrando and Guglielmo that he can prove, in 24 hours, that their future brides, the sisters Dorabella and Fiordiligi, are not as faithful as they think. Ferrando takes his farewell from Dorabella, Guglielmo from Fiordiligi – to take part in some ficticious military action. Don Alfonso persuades Despina, the housekeeper, to help. The two men return in disguise and begin courting the women. Despina doesn't recognise them either. Fiordiligi and Dorabella are angy, amused and then very vexed after the two men feign attempted suicide. Ferrando and Guglielmo, once so sure of their women’s faithfulness, start having doubts. Act 2 Some hours later. Fiordiligi and Dorabella admit that they rather like the two strangers. Fiordiligi's drawn to the disguised Ferrando, Dorabella to Guglielmo. When they next meet the men are even more annoyed and confused when the women not only greet them confidently but also seem to have chosen new partners. Dorabella gives Guglielmo the locket containing a picture of her fiancé. Ferrando's beside himself when he hears about this. His despair fuels his attempts to woo Fiordiligi and he finally manages to force her to admit that she loves him. Don Alfonso has won his bet. Fiordiligi and Dorabella let it be known that they would be willing to marry the strangers (and leave the country with them). Despina makes preparations for the wedding and reappears disguised as a notary. When the women sign the marriage contracts Alfonso calls the game to a halt. The men remove their disguises. The sisters realise they've been deceived. Only good sense can help the lovers try and sort out the confusion left in the air following the last few turbulent hours.

Two happy couples find themselves caught up in an experiment: Don Alfonso doesn't believe in female fidelity - »they're all the same« - his two young friends are persuaded to try and find out whether their fiancées are exceptions to the rule, by trying to seduce each other's girlfriends, in disguise. What starts as a harmless bet soon gets out of hand. »One always hopes that things will remain constant - living in an utopian, paradise-like state in which one is untroubled by questions of guilt or innocence«, said director Christof Loy about the timeless central theme of the opera. He examines the irrepressible nature of love, with an unerring feeling for Mozart's music and comedy in his prize-winning production. Herbert Murauer's white, unadorned rooms allow every emotion to come to the fore, playfulness, pretence, their inabilitiy to orientate themselves, their pain and despair.