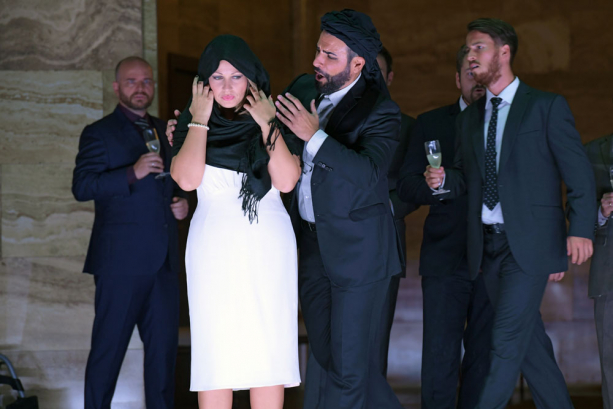 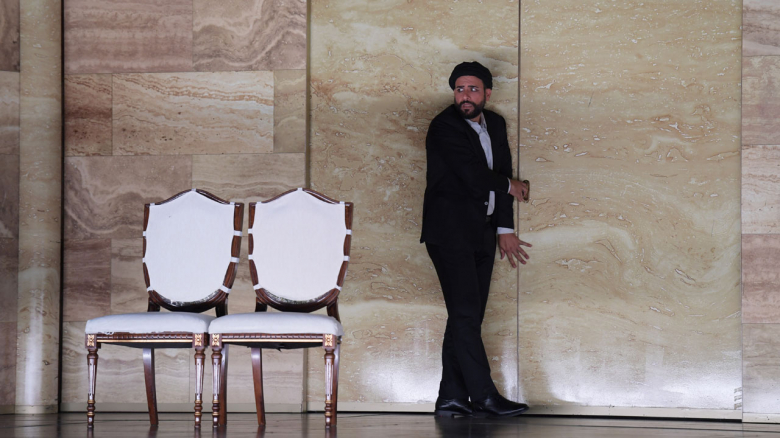 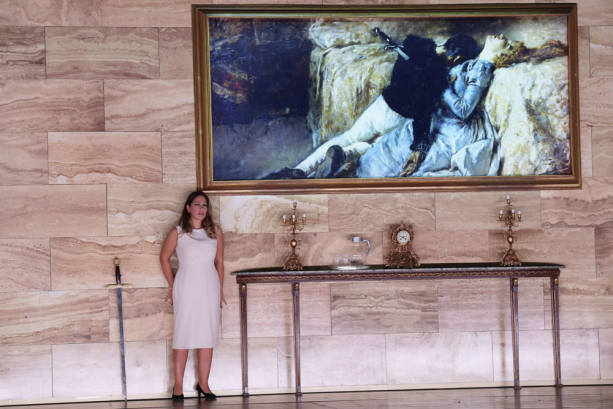 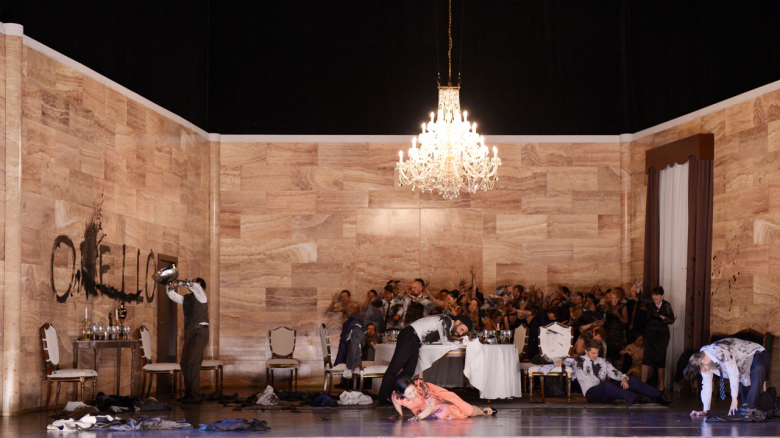 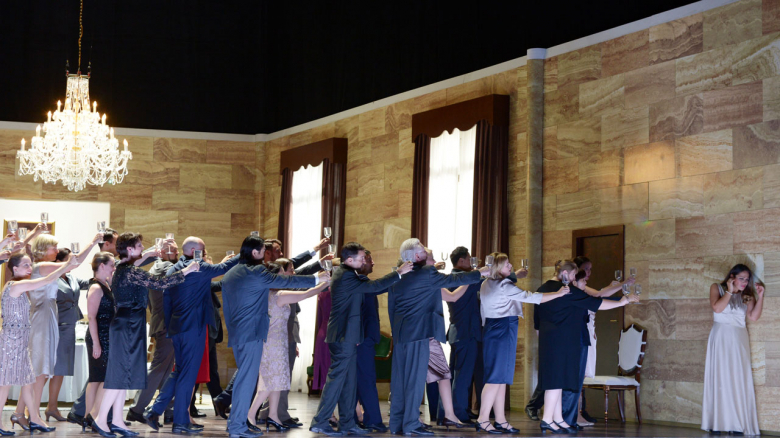 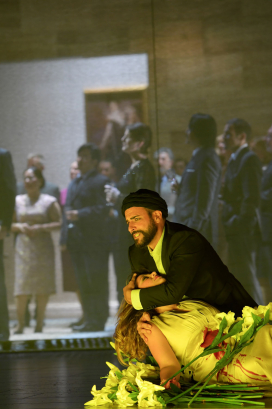 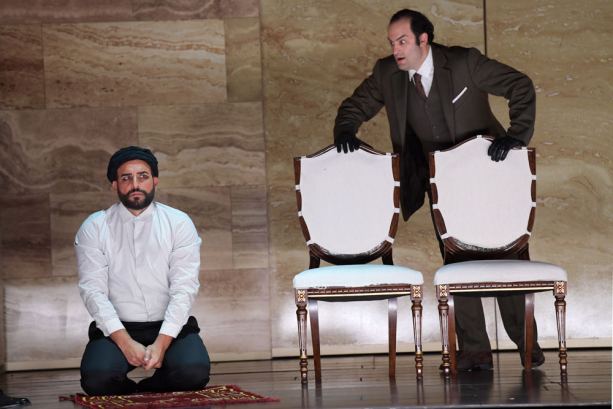 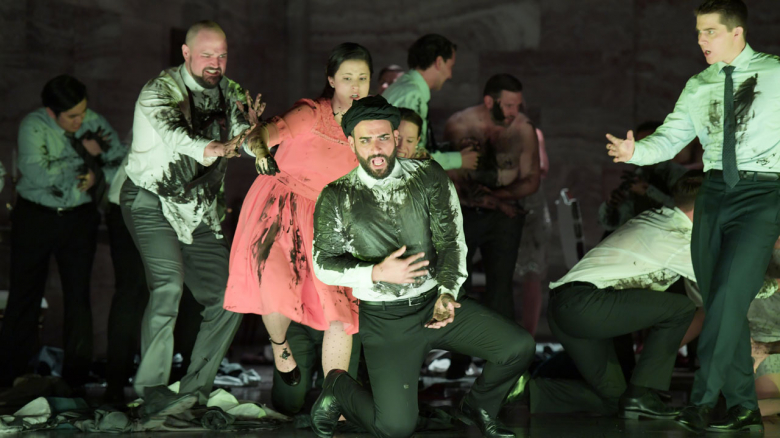 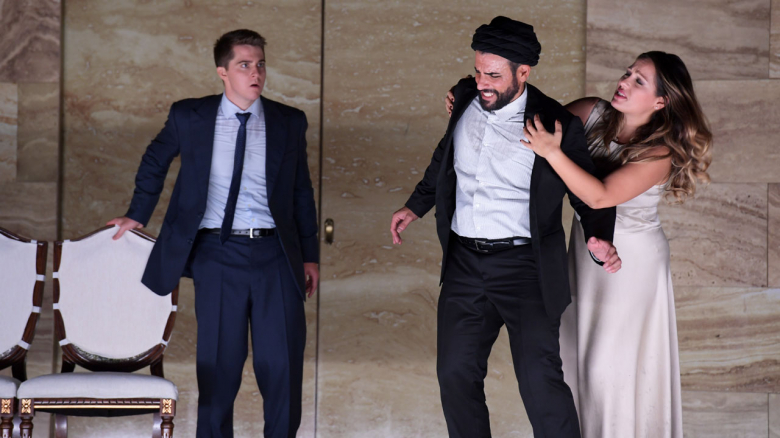 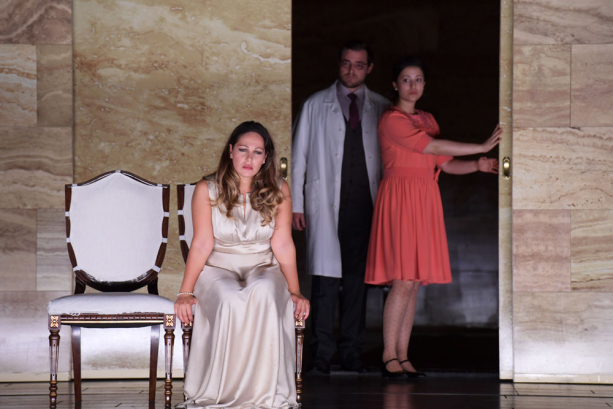 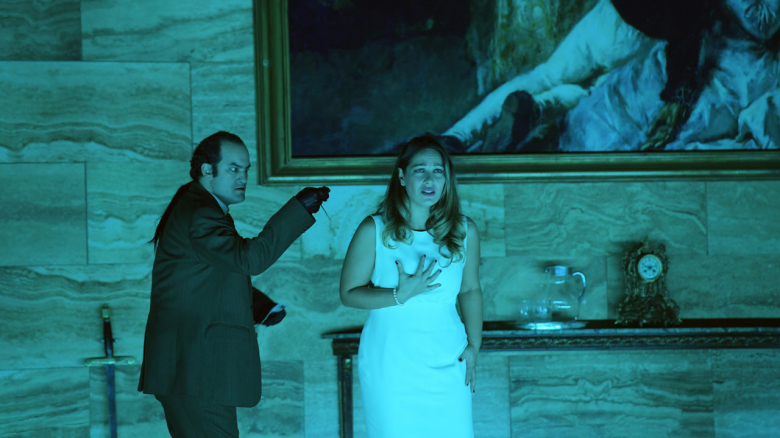 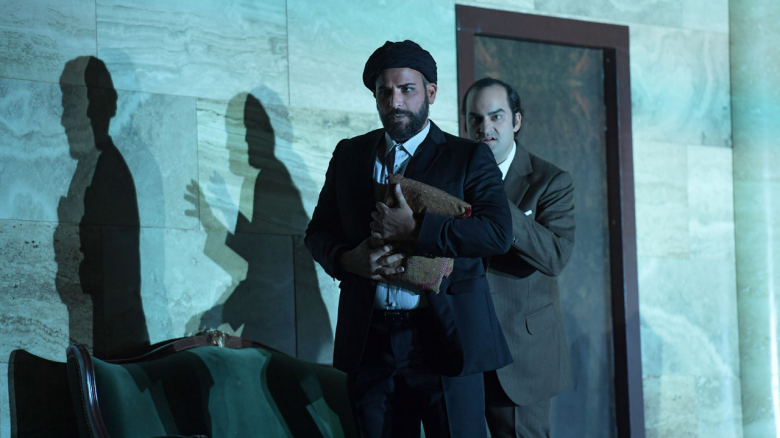 Sung in Italian, with German and English surtitles.
Pre-concert talk, in German, 30 minutes before performances begin in the Holzfoyer

Otello, a foreigner from Arabia, has been very successful in Venice's service. The people, Doge and dignitaries welcome him back with laud and honour. But his remarkable achievements arouse jealousy too: some hate the outsider and begrudge him his success, including wealthy Elmiro, Rodrigo, the Doge's son, and Jago. When the grateful Doge asks Otello to name his reward, he asks to be granted Venetian citizenship, to acknowledge his deep sense of belonging. The Doge grants his wish. Otello's enemies are outraged and start thinking about how to get rid of him. Citizenship is only one of Otello's ambitions: he is secretly married to Elmiro's daughter Desdemona; if their union were accepted and made official, life would be perfect. But Elmiro – for political reasons – wants his daughter to marry Rodrigo. His suspicions were aroused recently when he noticed how friendly Otello and his daughter were. Desdemona has had trouble trying to keep her relationship with Otello secret. A letter containing a lock of her hair, intended for Otello, was taken from her by her father. She said it was for Rodrigo, to cover up. Desdemona is now frightened that Otello might hear about this and think her unfaithful. She shares her worries with her younger sister Emilia, who tries to reassure her. Desdemona's fears were justified, her father, out of the blue, intends to marry her to Rodrigo – she hesitates to pledge her troth. When Otello appears and sees Desdemona and Rodrigo together, he thinks she's betrayed his love and reveals their secret union, which Desdemona confirms. Rodrigo feels insulted and swears revenge. Elmiro curses his daughter and snatches her away from Otello. ACT 2 Rodrigo, unable to accept Desdemona's rejection, tries to win her round, but she turns him down again and admits how close she really is to Otello: she is his wife. Rodrigo feels betrayed and justified in his desire for revenge. Otello, desperate and confused, meets Jago, who he believes is a friend. Jago cunningly fans the flames of Otello's jealousy. He managed to get hold of the letter with the lock of hair, which he hands to Otello as proof of Desdemona's affair with Rodrigo. Otello's fury makes him determined to kill Desdemona and then himself. When the supposed adversaries Rodrigo and Otello come face to face, a fierce argument breaks out. They are so intent on taking revenge that when Desdemona arrives she finds it impossible engage them in a conversation to clarify matters. Desdemona's father continues to despise and humiliate her. ACT 3 Desdemona thinks all is lost, because Otello's being sent into exile and doesn't believe in her love any more. When she hears Dante's words „Nothing is as painful as memories of happiness, when one is in despair“ from the section about Francesca da Rimini in The Divine Comedy, she abandons herself to grief. Remembering her friend Isaura, who was utterly destroyed by her love for an unfaithful man, she sings her favourite song, the song of the willow. A thunderstorm gathers. Desdemona prays before going to sleep. Jago plants a weapon in her room and helps Otello gain entry, to carry out the planned revenge. But Otello hesitates and cannot bring himself to kill her. When she wakes up he refuses to believe her protestations of innocence, getting angrier and angrier, the argument escalates. No sooner is Desdemona dead then Jago's intrigue is exposed, the traitor is dead and Otello's reputation and rank could be restored. Otello chooses to join Desdemona in death.

This time it's different: Desdemona and her father don't see eye to eye, Otello sings coluratura and Iago is a tenor. At the height of his career Rossini turned to Otello, a name which immediately brings Shakespeare's play and Verdi's opera to mind. If you can just accept the fact that Rossini diverges from the Elizabethan playwright's masterpiece, you have a truly inspired, and equally gripping, opera to look forward to. Shakespeare's plays were very popular in the early 19th century, but there were many versions of them. Rossini was more interested in the conflict between Desdemona and her father than the title character's jealousy. He was also required to provide roles for three leading tenors of the day. The director Damiano Michieletto seizes upon this shift in focus, turning Rossini's Otello into a drama about fear of the unknown. Otello is an Arab from a newly rich gulf state which was courted by the West, then despised by it. He comes into contact with the Venetian upper classes who welcome him as long as he contributes to the economic upturn, but soon as he tries to make friends he is hated and excluded. Michieletto wants to focus on human interaction, creating gripping portraits of the protagonists, constantly moving back and forth between what you see on stage and what's going on in their minds.