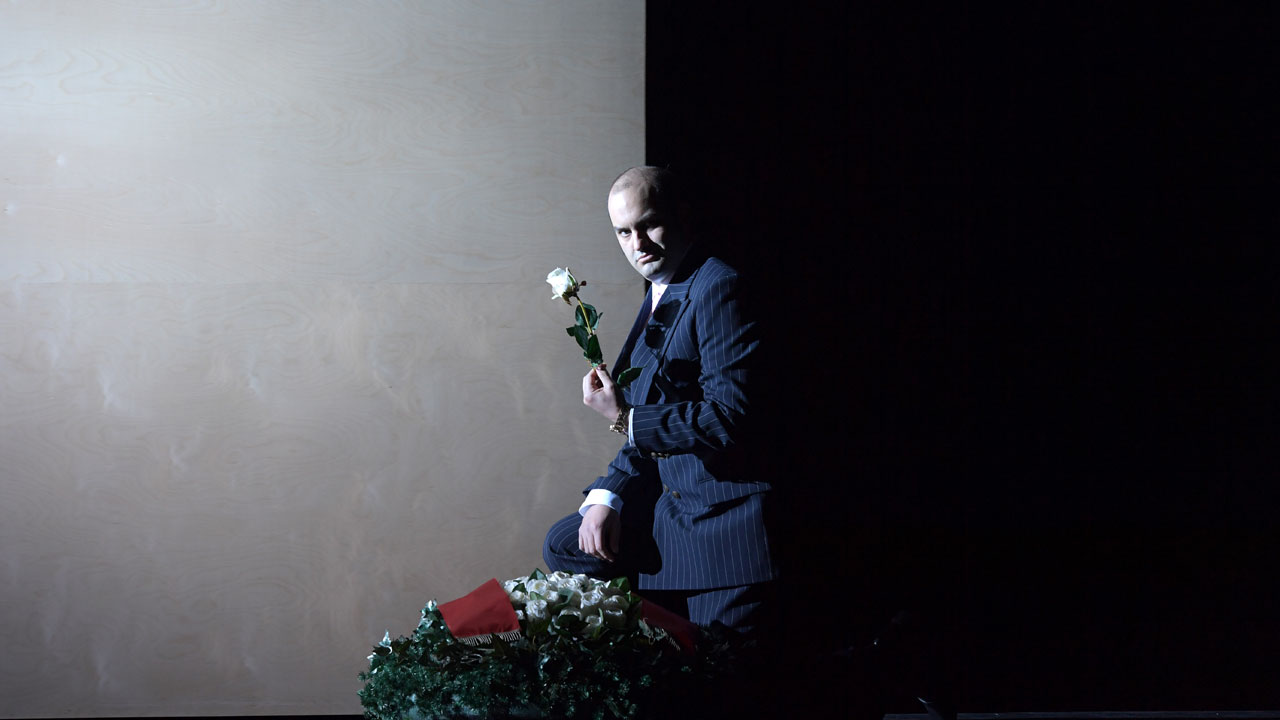 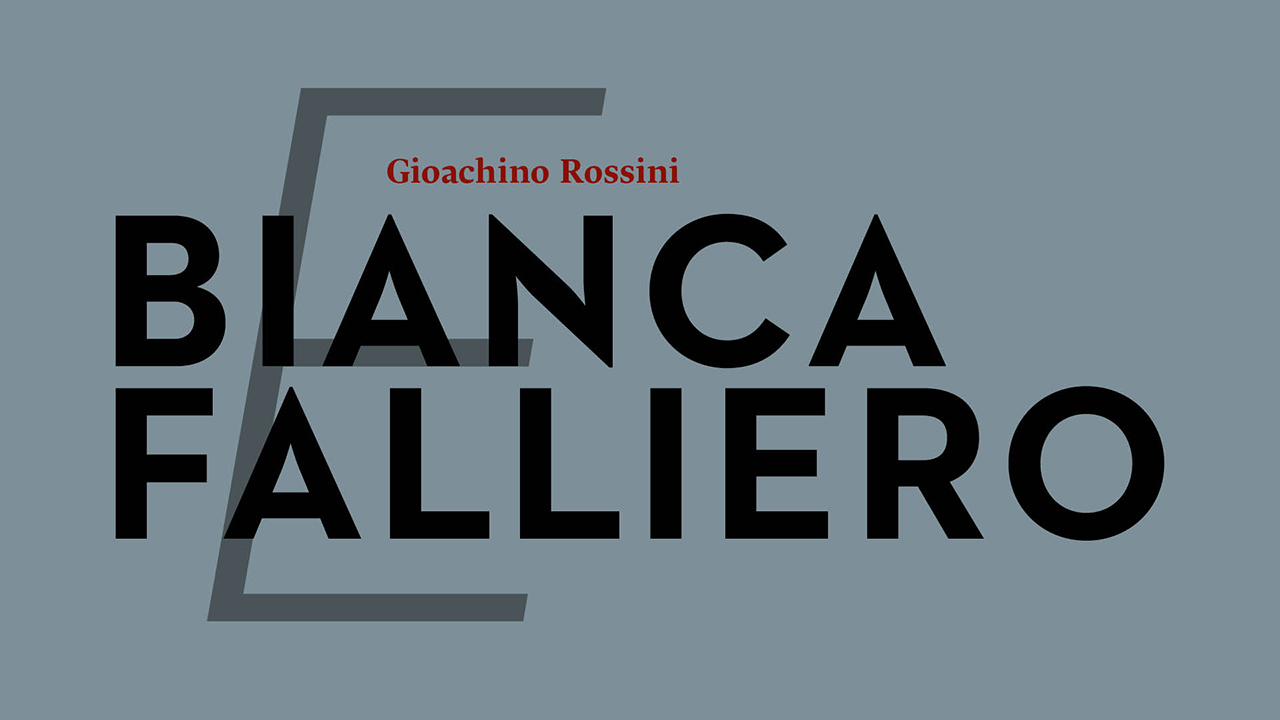 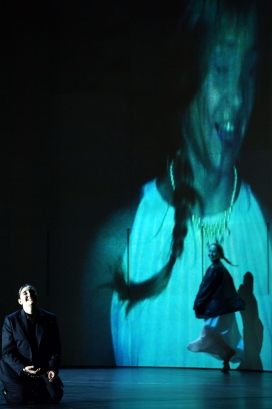 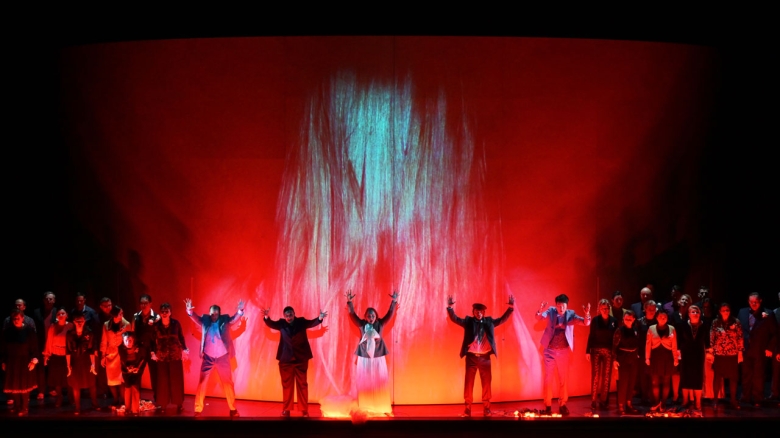 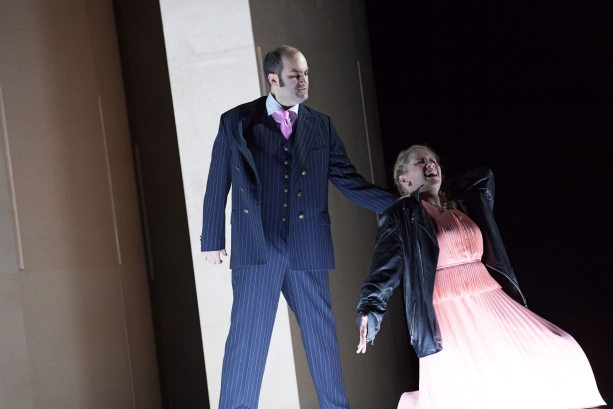 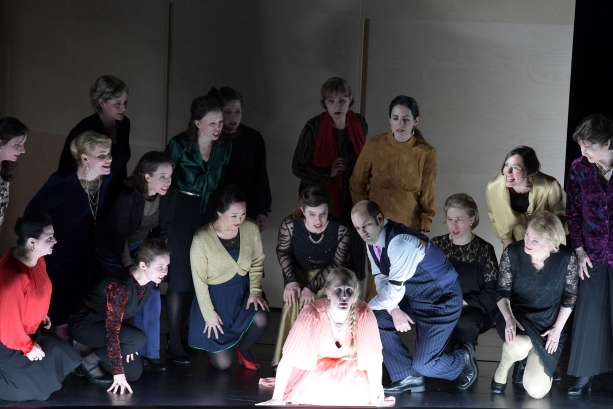 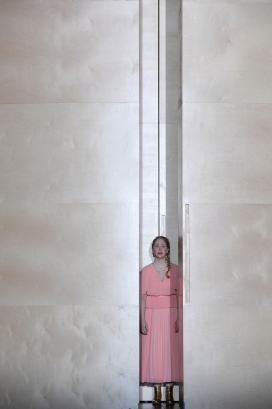 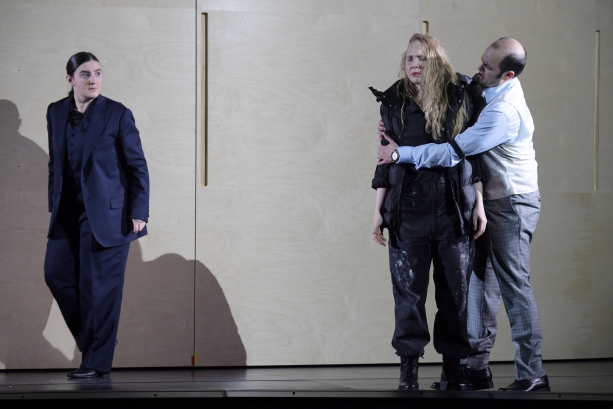 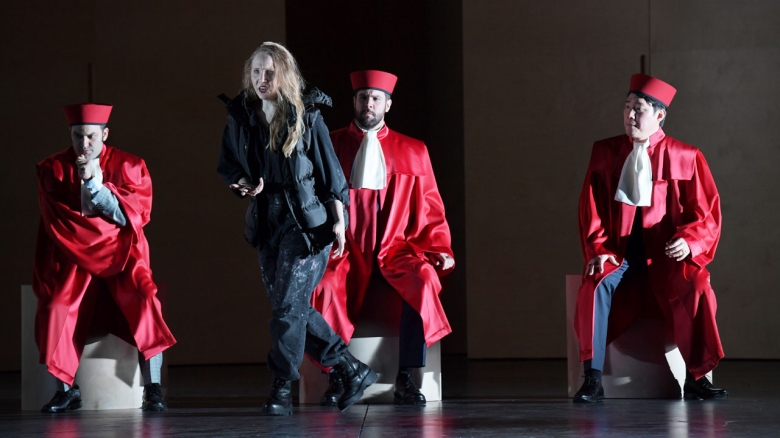 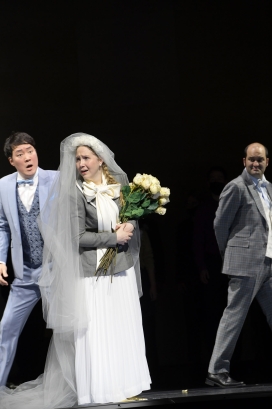 Introduction (on video, in German) will appear here and on YouTube not long before opening night

The Venetian republic is celebrating victory over Spain. Contareno and Capellio, senators from Venetian families steeped in tradition, believe they have found a solution to a long standing dispute over inheritance: Capellio is willing to renounce his claims if he can marry Contareno's daughter. Contareno agrees. The general jubilation is mixed with the joy of both polititians, and members of the Council of Three. During the celebrations the Doge accedes to Contareno's demands by ordering that laws preventing conspiracies backed by foreign embassies be tightened. Capellio didn't vote in favour of this because he believes the danger of conspiracies has been eliminated by the Venetian victory. The arrival of Falliero, the believed dead leader of the Venetian troops, is announced. Everyone sings the praises of the republic's hero. He is honoured by the Doge and decorated for his services. Bianca is waiting for her beloved Falliero's return, dreaming of a happy life together. Contareno tells his daughter that he has promised her to a splendid Venetian. Bianca is horrified when she finds out that her bridegroom is Capellio, not Falliero. Her father, furious about her love for penniless Falliero, threatens her with dire consequences if she refuses to comply. Contareno emotionally blackmails Bianca, in the name of fatherly love. She eventually capitulates. Her father is triumphant in the belief that the financial future of his noble family has been secured. Falliero visits Bianca, hoping for her father's blessing. He notices his fiancée's confusion, whereupon she explains that her father is against their union. Falliero wants to challenge her father's decision. Bianca promises to avoid Capellio. Preparations are underway for Bianca and Capellio's wedding. The people celebrate peace between the two families. When Bianca, distraught, arrives Capellio can see that his bride is desperate. He wants to be sure of Bianca's love, but she accuses him of being satisfied with her father's consent and not her own. Contareno produces the marriage contract. Falliero bursts in before it can be signed, demanding his rights as Bianca's fiancé, to whom she promised to be true. Her father takes Falliero to task, but he only reinforces his claims. The recently lauded hero is hounded out. Part II Bianca, terrified, meets Falliero. He sees running away or dying together as the only possible ways out of the impasse. Bianca asks her beloved to try and understand her hesitation and feelings towards her father. When Falliero threatens to commit suicide she agrees to flee with him. Before Contareno and then Capellio appear, unannounced, the only escape route open to Falliero is through the Spanish embassy’s grounds, which is strictly forbidden. Her father wants to marry her to Capellio as soon as possible, but Bianca refuses. Capellio is livid, Contareno curses Bianca. The Council of Three's secretary announces that the court must sit because Falliero was arrested in the Spanish embassy. Contareno can't wait to take revenge. Falliero hears from the bailiff that Bianca has married Capellio. The Council of Three, Contareno, Capellio and the Doge, open the tribunal. Falliero pleads guilty, in accordance with the law. Bianca arrives, describing Falliero's hopeless situation when trying to escape and declares him innocent, because he was guided by love. Contareno and the Doge still find Falliero guilty. The decision over Falliero's life now lies with the senate, because Capellio refused to give his consent. The senate acquits Falliero. Nothing stands in the way of Bianca's marriage to Falliero, but Contareno refuses to give his consent and reviles his daughter until, driven into a corner, he gives in. Bianca's on cloud nine.

A city, striving for world domination, uncovers spying embassadors' conspiracies, thrashes its enemies and isolates itself. This megalomaniacal miniature state suppresses all forms of individuality, emotions and love behind its high walls. A family drama plays out in this oppressive atmosphere: Bianca e Falliero, Rossini's last opera for La Scala Milan is one of his most charming but - unfairly – least often performed works. His librettist Felice Romani combined a story about espionage with a variation on Romeo and Juliet, in which the families' quarrel is over inheritance. Bianca's real test between love for her father and the devotion she promised her lover gave Rossini the opportunity to expand his means of expression. Virtuoso coloratura is not simply bel canto acrobatics in this opera. The ornamentation in the large-scale scenes serves to depict a four-way conflict. The opera failed to establish itself during the composer's lifetime, not least because of the demands Rossini's daring writing made on the singers. The work was rediscovered in 1986 in Pesaro, where Rossini was born, and its extraordinary qualities revealed at last.