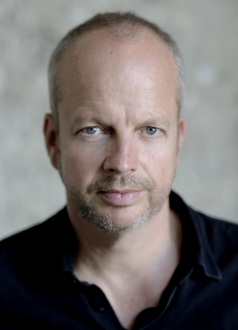 The Director Claus Guth is much sought after by leading opera companies throughout Europe. His wonderful Frankfurt productions of Daphne (2010) and Pelléas et Mélisande (2012) both won best production of the year FAUST Theater Prizes. Other productions in Frankfurt, where he was born, were Der Rosenkavalier, this production of Il trittico, Un ballo in maschera, Die Lüstige Witwe / The Merry Widow, Rodelinda (a co-production with the Teatro Real in Madrid) and the Diagloue of the Carmelites last season. He  returns in 2023 for Strauss' Elektra. In 2022 he directed The Makropoulos Case at the Staatsoper Berlin and Bluthaus / Blood House at the Bayerische Staatsoper in Munich. World premieres of Chaya Czernowin's Heart Chamber and Beat Furrer's Violetter Schnee / Violet Snow at the Staatsoper in Berlin were followed by Handel's Orlando at the Theater an der Wien and Salome at the Bolschoi in Moscow.  Other recent productions have included Saul at the Theater an der Wien, La Bohème and Lohengrin at the Opéra National in Paris, Jephta in Amsterdam and Paris, La clemenza di Tito at the Glyndebourne Festival and Die Frau ohne Schatten (co-production with La Scala Milan and Covent Garden) at the Staatsoper in Berlin. Other theatres where he has enjoyed great success during his career have included the Bayreuth and Salzburg festivals, the Vienna, Munich and Hamburg state operas, the Theater an der Wien, Zurich Opera, the Deutsche Oper Berlin and Gran Teatre del Liceu in Barcelona. Claus Guth studied philosophy, German and musicology in Munich and stage direction at the Bavarian August Everding Theatre Academy.