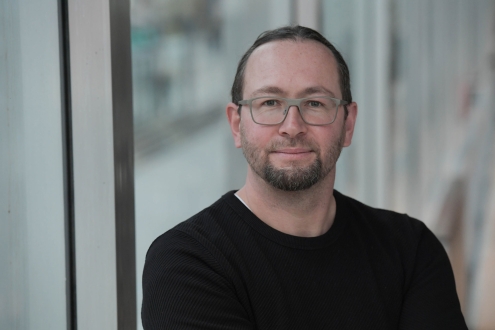 Karoly Risz, who was born in Dresden, learned a lot in the Semperoper's workshops before being engaged as a stage technician. He then went on to study set and costume design at the University of Fine Arts in Dresden and has been working as a freelance set designer since 2005. He has worked closely with the director Tilmann Köhler for many years on productions including Krankheit der Jugend / Illness of Youth at the Nationaltheater in Weimar (which was invited to the 2007 Theatertreffen – a big honour), Die heilige Johanna der Schlachthöfe / St. Joan of Slaughter Houses (which won the 2009 Kurt Hübner Prize), Nichts / Nothing and Was im Leben wichtig ist / What Matters in Life (2012 Max Reinhardt Prize) at the Staatsschauspiel in Dresden. Now he is back at Oper Frankfurt, where he designed the sets for Radamisto, Teseo, Xerxes and Frank Martin's Le vin Herbé (which was rehearsed but has still not yet been seen in Frankfurt because of the corona situation), for this new production of Rossini's Bianca et Falliero.