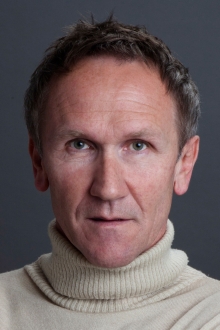 Austrian born Otto Pichler is back in Frankfurt for the new production of Salome. Has been working as a choreographer and director since 2000, and closely with Barrie Kosky ever since he was engaged for Das Schloss / The Castle at the Schauspielhaus in Vienna: their productions at the Komische Oper Berlin have included Candide, Anatevka, Die Perlen der Cleopatra / Cleopatra's Pearls, West Side Story (co-director too), Ball im Savoy and Orfeo, The Bassarids and Frühlingsstürme / Spring Storms, which has just opened, as well as Die Nase / The Nose in London, Sydney and Berlin, Saul at the Glyndebourne Festival and Der feurige Engel / The Fiery Angel at the Bayerische Staatsoper in Munich. These were followed by Les Boréades in Dijon and Orphée aux enfers at the Salzburg Festival. He also worked on Christof Loy's production of La forza del destino at the Nationale Opera in Amsterdam, which opens at Covent Garden in March. He worked as a choreographer on Bernd Mottl productions at Cologne Opera, the Staatsoper in Hannover and Staatstheater Karlsruhe, with David Mouchtar-Samorai at the Staatsoper in Hannover and Staatstheater in Wiesbaden, with Günter Krämer at Cologne Opera, at the Salzburg Festival, the Semperoper in Dresden, Opéra National de Paris (Der Ring des Nibelungen) and with Karsten Wiegand at the Staatstheater in Darmstadt. Works directed by him have included Die Csárdásfürstin in Augsburg and Magdeburg, Zwei Herzen im Dreivierteltakt / Two Hearts Waltzing, Jekyll & Hyde and Hello Dolly in Linz and Jesus Christ Superstar in Coburg.