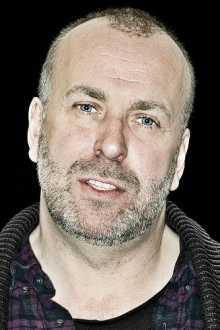 David McVicar‘s Don Carlo has drawn record audiences since it first opened in Frankfurt in 2007/8 and was recently seen at the Teatro Real in Madrid. He recently directed Rusalka at the Canadian Opera Company. He was born in Glasgow where he studied acting at the Royal Conservatoire of Scotland and is now one of the world’s leading directors. His productions have been seen at leading opera houses in Europe, the USA and Australia, and many have been broadcast on television and recorded on DVD (including, most recently, Death in Venice, Andrea Chénier, Les Troyens, Faust, Le nozze di Figaro, Die Zauberflöte, Rigoletto and Salome from Covent Garden in London, Carmen and Giulio Cesare from Glyndebourne and Manon from the Gran Teatre del Liceu in Barcelona). He recently directed Agrippina for the Met in New York (which comes back in the new year), where he is a regular guest, Idomeneo for the Staatsoper in Berlin and Pelléas et Mélisande for Los Angeles Opera. His Wagner Ring at the Opéra national du Rhin in Strasbourg (2010/11) won the Grand Prix de la Musique du Syndicat de la Critique. David McVicar received the 2008 Olivier Award for his productions of The Turn of the Screw and Agrippina (premiere 2006 at Oper Frankfurt) and was made a Knight Bachelor in 2012.