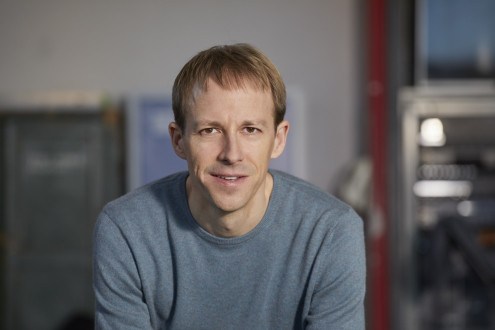 Tilman Michael has held the post of Chorus Master at Oper Frankfurt since 2014/15 - they were recently voted »Chorus of the Year 2021/22« by Opernwelt magazine . While Chorus Master at the National Theater in Mannheim (2007 - 2014) his singers were crowned »Opera Chorus of the Year 2013/14« by Opernwelt magazine too. Tilman Michael was also nominated for »Conductor of the Year«. After completing his studies in Stuttgart and Cologne he was immediately engaged as 2nd Chorus Director at the Hamburg State Opera. He has been Assistant Chorus Master at the Bayreuth Festival since 2004. Tilman Michael has also worked at the opera companies in Amsterdam, Moscow and Stuttgart and with the Estonian Philharmonic Chamber Chorus and the NDR and WDR radio choruses. He has also given concerts with all sorts of vocal ensembles in Europe, Asia and South America. In addition to his extensive operatic repertoire he is also passionate about a cappella choral music, choral/symphonic works and contemporary music (world premieres of works by Adriana Hölszky, Bernhard Lang, Olga Neuwirth and Salvatore Sciarrino). Tilman Michael also works as an editor for Bärenreiters, is a professor and juror at the Conductors Forum Deutscher Musikrat and teaches at the University for Music and the Performing Arts in Frankfurt.