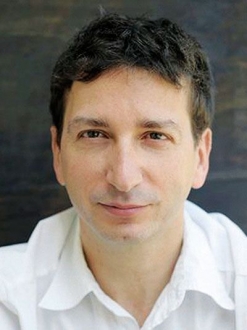 The choreographer Ramses Sigl works regularly with the director Claus Guth. Their many productions have included Die lustige Witwe / The Merry Widow and Der Rosenkavalier (which is being revived next season) at Oper Frankfurt, Saul, Lʼincoronazione di Poppea and Handel's Messiah at the Theater an der Wien, Julietta and Don Giovanni at the Staatsoper Berlin, Rodelinda at the Teatro Real in Madrid, a co-production with Oper Frankfurt, and La clemenza di Tito at the Glyndebourne Festival. He also worked on a Mozart Da Ponte cycle at the Salzburg Festival. Another important colleague is the director Jens-Daniel Herzog (with whom he has worked on productions at places including Zurich Opera, the Semperoper in Dresden, Oper Dortmund, the Salzburg Festival and, most recently, the Staatstheater in Nürnberg). Other regular colleagues include Aron Stiehl, Bálazs Kovalik, Dieter Dorn, David Alden and Gil Mehmert at places including the Prinzregententheater, Staatstheater am Gärtnerplatz and Bayerische Staatsoper in Munich, the Hamburg Staatsoper, on plays in Düsseldorf, Bochum and Mannheim, film and television (inc. Im Winter ein Jahr / A Year in Winter with Oscar prize winner Caroline Link). He teaches at the Bayerische Theaterakademie August Everding (1998-2012 running dance training for musicals), at the Iwanson School for Contemporary Dance in Munich and Royal Swedish Ballet Academy.