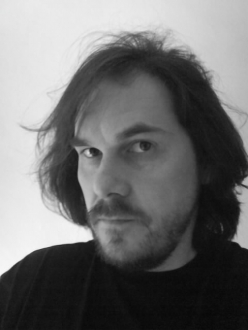 Jason Southgate is a much sought after set designer, illustrator, puppet and costume designer. Other productions on which he has worked with Keith Warner have included this La Cenerentola at Oper Frankfurt, Richard Ayres’ Peter Pan in Cardiff and at the Komische Oper Berlin and Tosca at the Savolinna Opera Festival. He also worked on Sweeney Todd and Hänsel und Gretel (director: Michael Moxham) at the Oldenburgische Staatstheater. He designed the set for Gräfin Mariza at Theater Magdeburg and costumes for Ariadne auf Naxos with the Cleveland Orchestra. Other opera productions have included Paul Bunyan with British Youth Opera, Dresher's The Tyrant in Bozen, Carmen at Mid Wales Opera, Tannhäuser at the Stadttheater in Minden, Suor Angelica and Gianni Schicchi at the Royal Academy of Music, Wagner's Ring at the Royal Opera House Covent Garden in London, The Turn of the Screw at the Landestheater in Salzburg, Der Silbersee / The Silver Sea at the Wexford Festival and Armide at the Buxton Festival. Jason Southgate also works regularly on plays at leading theatres in Britain, including the Citizens Theatre in Glasgow, the Gate Theatre and Young Vic in London, the Belgrade in Coventry, Nottingham Playhouse and the Royal Haymarket West End Theatre in London. He studied at Central Saint Martins College of Art and Design in London and was awarded a scholarship by the Arts Council in 2000.