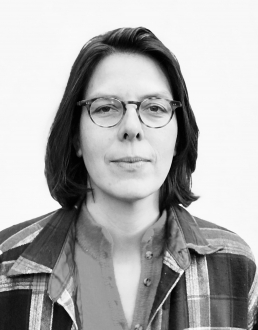 Marlene Blumert studied film and television direction in Potsdam-Babelsberg and has made several short, and two long, films which have been shown at international festivals. She has been working as a video artist for productions of plays and opera since 2003 at theatres including the Thalia Theater in Hamburg with the directors Andreas Kriegenburg and Christiane Pohle. She designed the video for this production of Xerxes, directed by Tilmann Köhler, with whom she will return in a future season for a new production of Rossini's Bianca e Falliero, which fell foul of the corona situation last season. She designed the trailer for the Deutsche Theater Berlin where, between 2014 and 2017, she worked with Jürgen Kuttner, Tom Kühnel and Stefan Kimmig. She also directed two underwater operas: Die versunkene Stadt / The Sunken City and elementaria and was engaged as a live video artist by the International Gluck Opera Festival in Nürnberg.