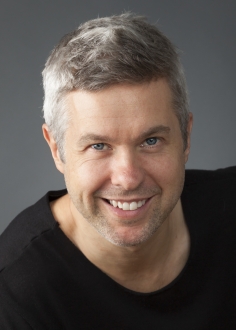 Michael Schmieder is a choreographer and teaches jazz and modern dance. After training at the Iwanson School in Munich and Palucca School in Dresden and studying in Aarhus and New York he was invited to dance in many theatre, film, television and musical productions. He also appeared at the Bregenz and Salzburg festivals and the Bayerische Staatsoper. He started working as a choreographer in 2000, at theatres including the Semperoper in Dresden, Düsseldorf Schauspielhaus, the Residenztheater in Munich, Schauspielhaus Graz, the Kammeroper in Vienna, the Linz und Passau Landestheatres, the Kiel, Oldenburg and Dortmund state theatres, the Opéra national de Lorrain in Nancy and Folkwang University in Essen. He taught at the August Everding Bavarian Theaterakademie in Munich and started working as a professor for dance in Osnabrück in 2019. He made his debut at Oper Frankfurt as a choreographer on this production of Martha (available on CD - OehmsClassics) when it first opened in 2016/17.