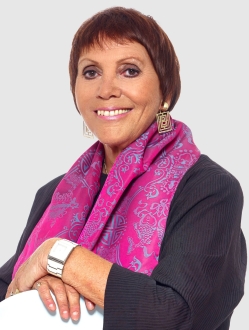 Brigitte Fassbaender is back at Oper Frankfurt where she enjoyed great success in recent season with wonderful productions of Ariadne auf Naxos, Capriccio (which you have the chance of seeing again next season) and Britten's Paul Bunyan, for Britten's A Midsummer Night's Dream (the fourth time she has staged the work!). Recent engagements have included Dame Kobold and Lucia die Lammermoor at Theater Regensburg, Martha at Schloss (castle) Tabor, Henze's Der junge Lord / The Young Lord at the Staatstheater am Gärtnerplatz in Munich and Die Frau ohne Schatten in Kiel. These were preceded by new productions of Hänsel und Gretel at the Staatstheater in Braunschweig and Il barbiere di Siviglia in Bregenz. Part 2 of her new Ring at the Tirol Festival in Erl opens this summer. She was Intendant of the Landestheater in Innsbruck from 1999-2012, where her many successful productions included Carmen, Les Troyens, Arabella Der Rosenkavalier Elektra and a Britten cycle. She was artistic director of the Richard Strauss Festival in Garmisch-Partenkirchen from 2009-2017 and has been running the »Eppaner Liedsommer« festival since 2002. Brigitte Fassbaender enjoyed a long and triumphant career as a mezzo-soprano, appearing at leading opera houses and festivals around the world until she retired from the stage in 1995. This award winning artist and much sought-after singing teacher's career is documented by an extensive discography, of roughly 300 recordings. She was awarded an ECHO Classic in 2017 for her lifetime's achievements and the 2002 German recording critics' »Nachtigall/Nightingale« prize.