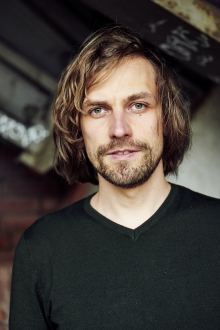 Tillmann Köhler is back at Oper Frankfurt, where he made his debut in 2013 with Teseo, which was followed by Radamisto and Xerxes and Frank Martin's Le vin herbé, (which was rehearsed but has yet to be seen because of corona) for Rossini's Bianca et Falliero. He recently directed Purcell's King Arthur at the Semperoper in Dresden, a co-production with the Staats Schauspiel, where he was house director from 2009-2016, during which time his productions included Drei Schwestern / Three Sisters, Der geteilte Himmel / A Divided Heaven, Der Kaufmann von Venedig / The Merchant of Venice, Die heilige Johanna der Schlachthöfe / Saint Joan at the Stake (2009 Kurt-Hübner-Prize for young directors) and, most recently, the world premiere of Thomas Freyer's Stummes Land / Silent Country. He was appointed House Director of the Deutsche Nationaltheater in Weimar in 2005, where works directed by him included Der Drache / The Dragon, Krankheit der Jugend / Illness of Youth (invited to the Berlin Theatertreffen 2007 – a big honour) and Faust, Part I. Other theatres where he has worked have included the Deutsche Theater Berlin, the Residenztheater in Munich, Maxim Gorki Theater in Berlin, Deutsche Schauspiel Haus in Hamburg, Theater Basel and, regularly since 2016, the Schauspielhaus in Düsseldorf (most recently on Shakespeare's Coriolanus). Other projects have taken him to São Paulo, Taipeh, Gwangju, Moscow and the National Theatre in Bratislava. He has been working regularly with the set designer Karoly Risz and costume designer Susanne Uhl since 2005. Tilmann Köhler, born in Weimar in 1979, studied direction at the »Ernst Busch« University for Acting in Berlin.