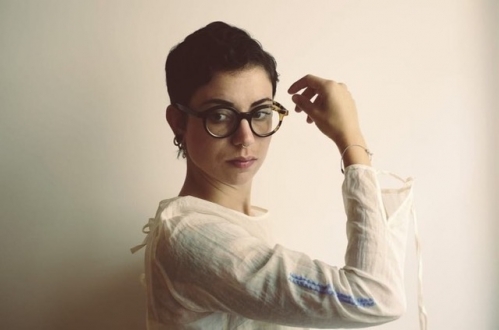 The costume designer Elena Beccaro is working at Oper Frankfurt for the first time, on this new production of Handel's Amadigi.  She has worked closely with the director Andrea Bernard for some time, with whom she won the renowned 2016 European Opera Direction Prize for La traviata. This was followed by Carmen for »OperaDomani« at the Teatro Sociale in Como, which was also seen at the Bregenz Festival, Opéra de Rouen and the Théàtre des Champs-Élysées. Other joint projects have included La Cenerentola, La fille du régiment and L’italiana in Algeri for the Theater and Orchester Biel Soloturn, Lucrezia Borgia at the Donizetti Festival in Bergamo and Don Pasquale at the Teatro Maggio Musicale in Florence. She also designed costumes for the children's opera La Spada nell Roccia at the Teatro Regio in Parma and a new production of La traviata for the »Como città della musica« festival in Como. Elena Beccaro, born in 1990 in Bolzano, studied set and costume design at the NABA Nuova Accademia di Belle Arti in Milan before working for several years as an assistant, during which time she also worked on fashion shows and music videos, which gave her lots of new ideas for her work.