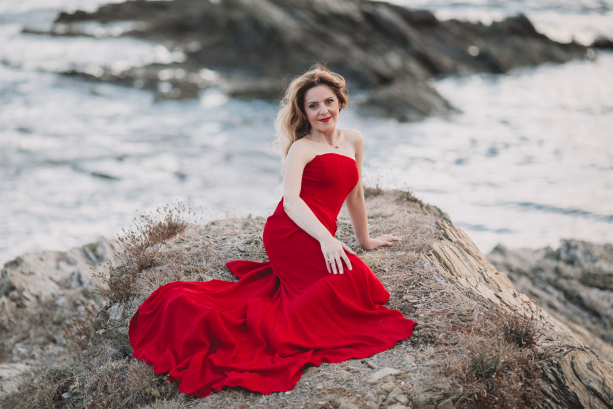 Maria Agresta’s sensational success as Elena in Verdi’s Vespri siciliani at the Theatro Regio in Turin confirmed this Italian soprano’s status as one of the most sought-afer singers of our times. Her repertoire includes the great Verdi roles such as Violetta, Desdemona, Leonora (Il trovatore), Amelia and Odabella; Puccini’s Mimì, Liu, Suor Angelica and Tosca, and her Norma is sensational. Her motto: „I sing for love, and love to sing!“ She has some rarities under her belt too, including the title role in Donizetti’s Gemma di Vergy, which she sang in Bergamo (available on DVD), Julia in Spontini’s La Vestale at the Semperoper in Dresden and Leonora in Verdi’s first ever opera Oberto conte di San Bonifacio, with which she made her highly successful debut at Oper Frankfurt in 2016. Now she is back, to thrill you in recital.