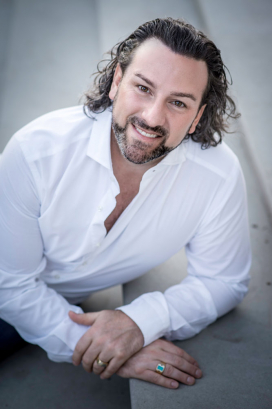 After thrilling audiences at Oper Frankfurt in 2014 as Werther this American tenor returned in 2018 to sing Arturo in a new production of Bellini’s  I puritani, which was another triumph. Belcanto is his strength: John Osborn effortlessly masters technical difficulties and a staggering number of very high notes but is equally at home in daunting Rossini and Donizetti roles, and makes characters in Halévy’s grand operas his own. He went on to conquer the great stages of the world after making his debut at the Metropolitan Opera in New York at the tender age of 23. His achievements are well documented on recordings and DVDs – including Norma, Guillaume Tell, Benvenuto Cellini and Les contes d’Hoffmann. He is constantly expanding his repertoire: in 2020/21 he sings Don José in Paris, Henri (Les vêpres siciliennes) in Munich and the title role in Berlioz’ La damnation de Faust in Amsterdam for the first time. And now his first recital in Frankfurt, something special to look forward to! Here's their programme.