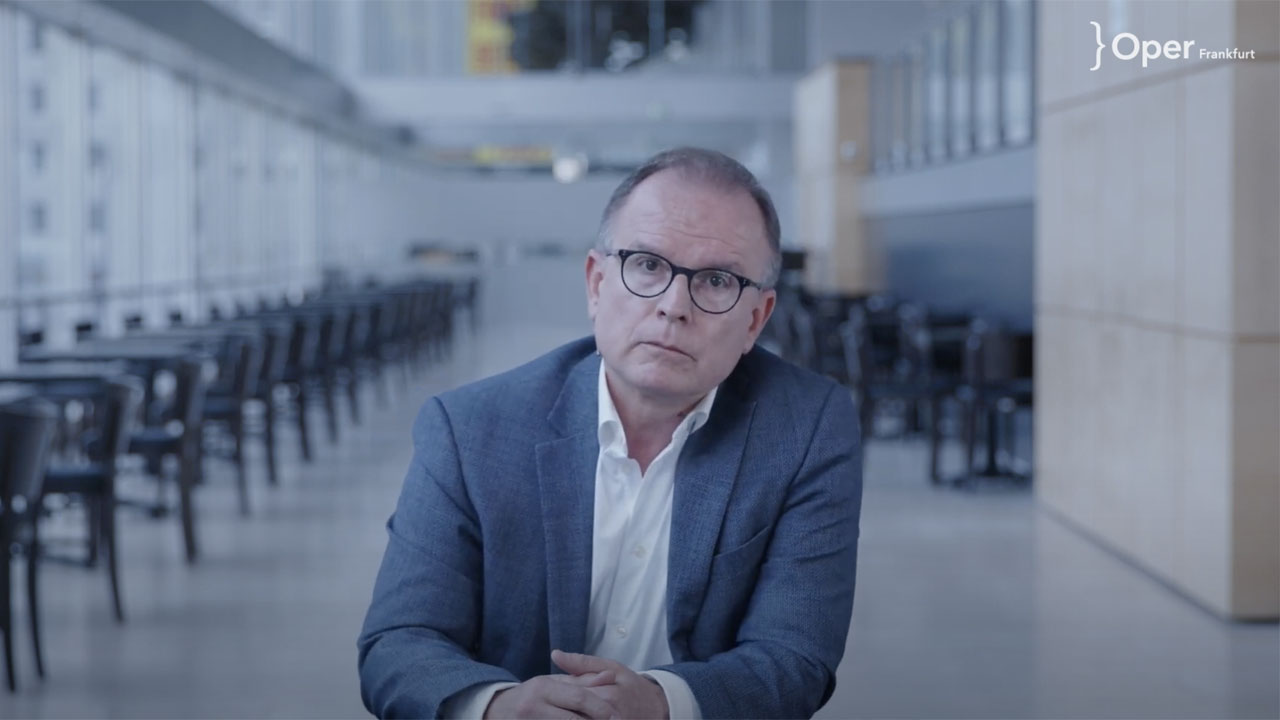 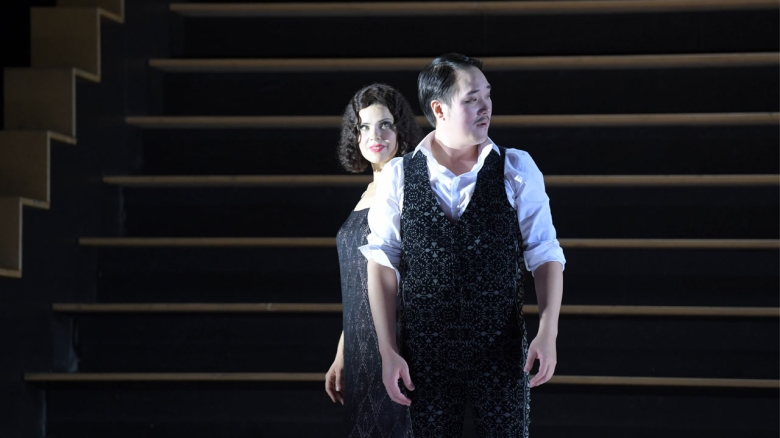 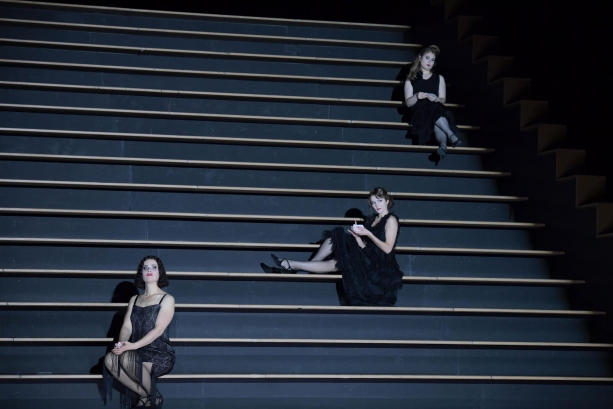 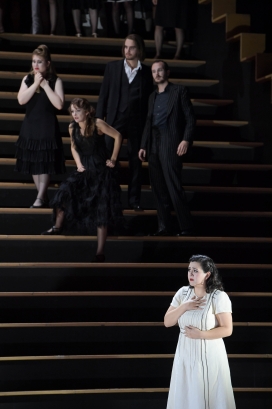 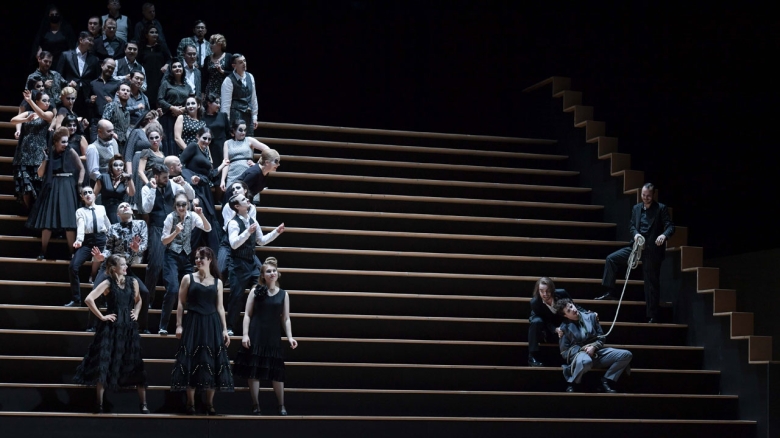 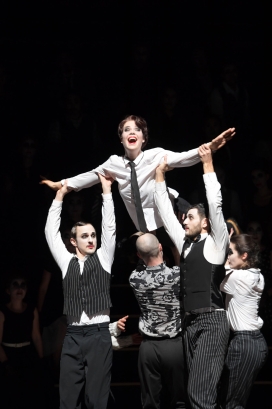 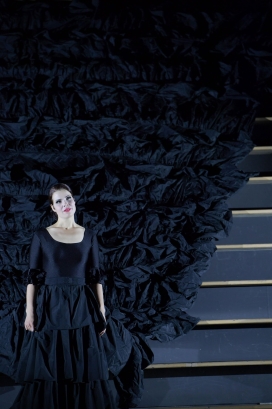 Performed in French with German & English surtitles
Introduction (in German, on video) will appear here and on YouTube not long before opening night

Seville. Moralès and his soldiers look on as men pester a young woman, Micaëla, who's looking for sergeant Don José. She runs off, saying she'll come back when José is back on duty. The women who work at the cigarette factory are taking a break, surrounded by men. Carmen has the most admirers. Only one man, José, takes no notice of her until she throws him a flower. He's confused and fascinated by her, and pleased when he sees Micaëla again. She, an orphan raised by José's mother, gives him a letter, money and, best of all, a kiss from his mother, which makes him forget seductive Carmen for a moment. Carmen is arrested for injuring one of her colleagues in the factory with a knife. Lieutenant Zuniga orders José to take her to prison. She seduces José with song and promises of love. He helps her escape, and is arrested. Lillas Pastia's tavern. Carmen and her friends Mercédès and Frasquita work with the smugglers Dancaïro and Remendado. Escamillo, the winner of the bullfight in Granada, appears. He is strongly attracted to Carmen, who's waiting for José, who's due to be released from prison that day, the reason why she refuses to take part in the next smuggling operation. José arrives at last. While Carmen dances for him, the tattoo is heard. The soldier, conscious of his duty, tells Carmen he must go. She's furious with him and doubts his love. Lieutenant Zuniga suddenly appears. José, driven by jealousy, attacks his superior. Zuniga is disarmed by the smugglers. There's no turning back for José now, he deserts. INTERVAL In the mountains. The smugglers try and transport their wares to Seville under the cover of darkness. José now lives with them and Carmen, who's fed up with his jealousy. The cards prophesy that both will die. When Escamillo, searching for Carmen, meets José they fight a duel, during which Carmen saves Escamillo's life. He invites her and the smugglers to the bullfight in Seville. Micaëla bravely approaches the smugglers to try and persuade José to come home. Only the news that his mother is on her deathbed can move him to follow Micaëla. Outside the bullring. Escamillo enters the arena for the bullfight, cheered by the crowd. Carmen wants to follow him. José blocks her way. José begs Carmen, for the last time, to follow him and start a new life. She refuses, throwing the ring he gave her to the ground. José stabs Carmen.

Carmen turns José's life completely upside down, she dances, sings and defies adversities until she lies dead on the floor. Who or what drives this woman, in whom everyone seems to see a different person? Barry Kosky's 2016 Carmen enjoyed cult status from the word go. The director stages a breathtaking revue with dramatic depths and cheeky wit instead of clinging to the usual clichés and nostalgic folklore. By going back to the original version of the opera and using texts from the time when it was written, a completely new take on one of the most performed operas in international repertoire emerges — and an unforgettable evening.