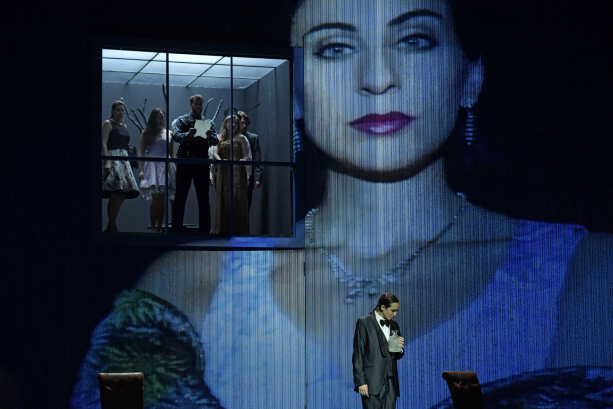 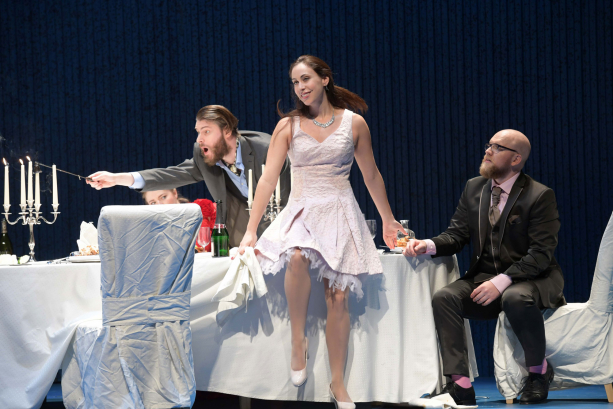 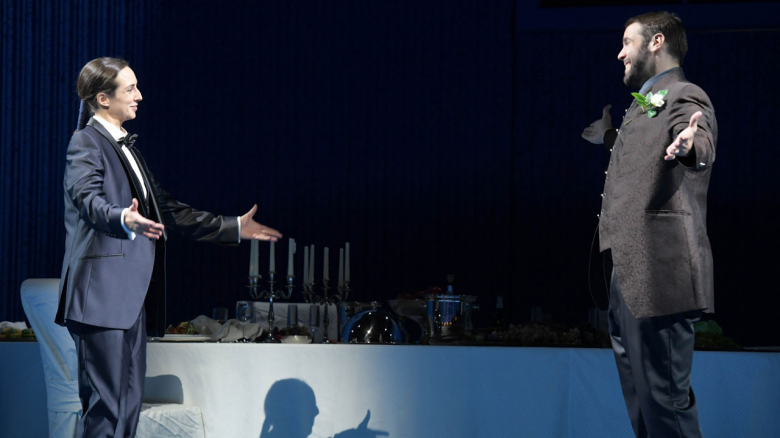 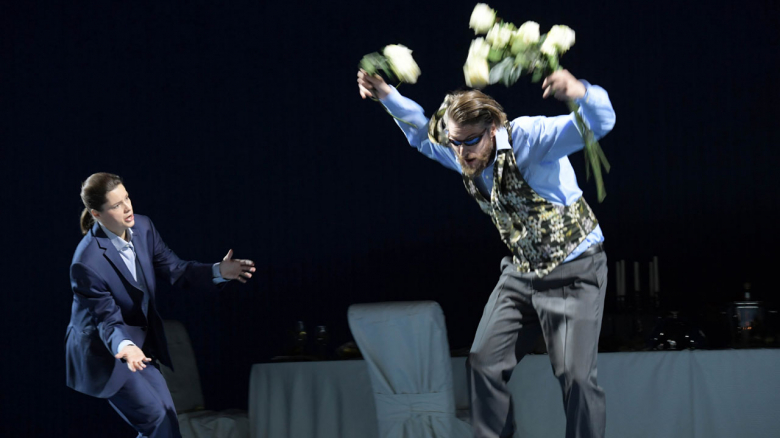 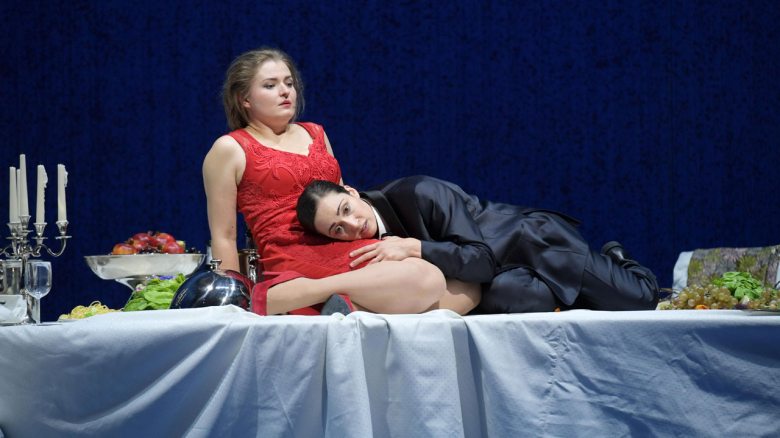 King Xerxes calms his soul by singing of his love for a plane tree. Elviro and Arsamene, Xerxes' brother, go to meet his beloved Romilda. Xerxes sees Romilda and falls in love with her, ordering his brother to arrange his marriage to Romilda. Arsamene hesitates. Xerxes proclaims his love for her himself. Arsamene warns Romilda about Xerxes. She tries to comfort him, swearing to be true. Romilda's sister Atalanta declares her love for Arsamene. He takes no notice of her at all. Xerxes asks Romilda to share the throne with him. When Arsamene intervenes he is banished by his brother. To the frustration of the king, Romilda swears to remain faithful to her beloved. Amastre, daughter of the King of Tagor and disguised as a soldier, observes her fiancé, Xerxes, wooing Romilda. Amastre loves him and wants to win him back. General Ariodate, Romilda & Atalanta's father, returns from war, victorious. To reward him Xerxes promises that Romilda will marry a member of the royal family. Xerxes goes into raptures about his new love, without naming Romilda. Arsamene sends Elviro from exile with a letter to Romilda, asking for a secret meeting. Amastre, desperate, wanders around the royal court. She swears to take revenge for Xerxes' infidelity. Atalanta tries everything to try and win the affections of Arsamene, her sister's intended. She tells Romilda that she should marry Xerxes. But Romilda sees through Atalanta's plans. Elviro has disguised himself as a flower seller to smuggle Arsamene's letter to Romilda. He meets Amastre (in soldier's clothes) and tells her about the Xerxes, Romilda, Arsamene love triangle. The abandoned woman gives up all hope. Atalanta manages to persuade Elviro to hand over Arsamene's letter, telling him that Romilda has accepted the King's proposal of marriage. While Atalanta is reading the letter she is interrupted by Xerxes. Atalanta maintains that the letter was addressed to her and Arsamene only pretends to love Romilda. Xerxes is overjoyed and gives his blessing to Atalanta's marriage to Arsamene. Xerxes shows Romilda the letter. Although shaken, she swears to remain true to Arsamene. Xerxes storms off in fury. The bridge that Xerxes had built over the sea is officially opened. Arsamene returns from exile, plagued by thoughts of suicide. Xerxes promises him his beloved (he means Atalanta) and suggests a double wedding, but Arsamene only wants Romilda. The king tells Atalanta that Arsamene does not love her. Interval  Elviro, looking for Arsamene, gets drunk and sees the new bridge break up in a storm. Xerxes and Amastre bemoan their fates. Amastre almost gives herself away. Xerxes tries a second time to win Romilda, but she remains steadfast. Amastre intervenes, wanting to save Romilda. The king has »him« arrested, but Romilda makes sure that »he« is set free. Arsamene and Romilda ask Atalanta to explain her intrigues. The lovers are reconciled. Atalanta has no choice but to find a new man. Xerxes tries to talk Romilda round a third time. To gain time she appears to give in, on condition that her father Ariodate gives his blessing. Arsamene has heard everything and takes her to task. Romilda insists that she is innocent. Xerxes repeats his promise to Ariodate that Romilda will have a royal bridegroom. The delighted father believes he means Arsamene. Romilda is resolute, rejecting Xerxes again. He orders that Arsamene be killed. Romilda begs Amastre to warn Arsamene, promising to give Amastre's declaration of love to Xerxes. Romilda warns her beloved that he is in danger. Arsamene does not trust her. They argue. In the midst of the wedding preparations Ariodate tells them of Xerxes' promise, according to which they are to marry. When Xerxes reveals the true identity of the „royal bridegroom“ (he means himself) Ariodate explains to him that Romilda has just married Arsamene. When Xerxes receives Amastre's love letter he calls the Furies to help and orders Arsamene to kill Romilda. Amastre intervenes, reveals her true identity, threatening to kill Xerxes and then herself. Driven into a corner, Xerxes is remorseful and asks everyone to forgive him. Two couples are reunited: Romilda & Arsamene and Amastre & Xerxes. Atalanta is still searching. Peace at the royal court is restored.

The Persian King Xerxes and his well-off guests' dining table is laid with hunger for power, obsession, resentment and vanity. But they’re all driven by one thing really: love. Xerxes just forgot all about his intended bride Amastre and is now hell-bent on conquering Romilda. She is in love with his brother Arsamene, who Romilda’s sister Atalanta wants to get her hands on. In one of his last operas Handel managed to walk an unusual tightrope in a work switching between satire and tragedy. It opens with one his most popular numbers: the famous Larghetto »Ombra mai fu«, Xerxes’ declaration of love for a tree. Tilmann Köhler and his team bring us up close to his protagonists’ aberrations and confusions – with infectious playfulness, sensitivity for the vulnerability of the figures and delight in the absurd.