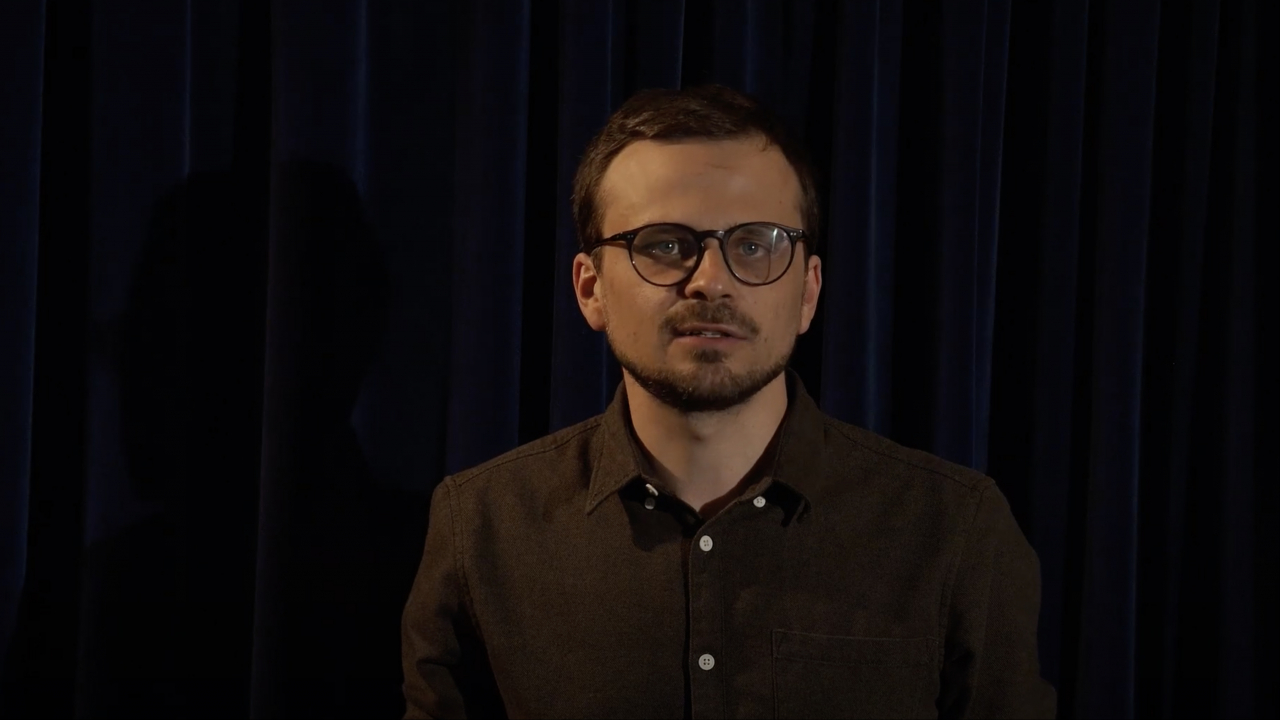 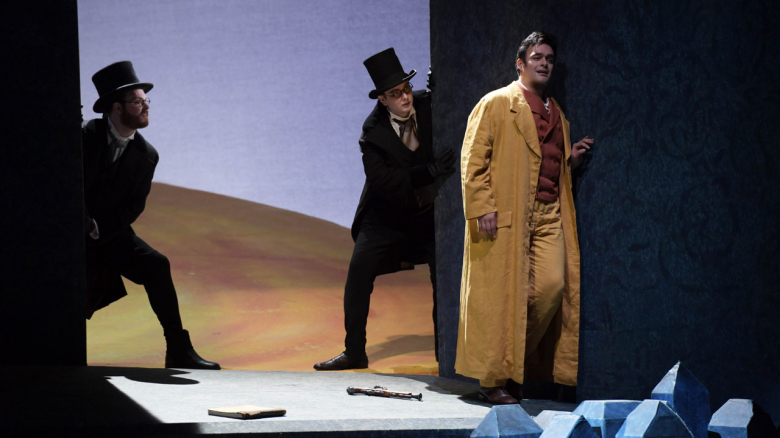 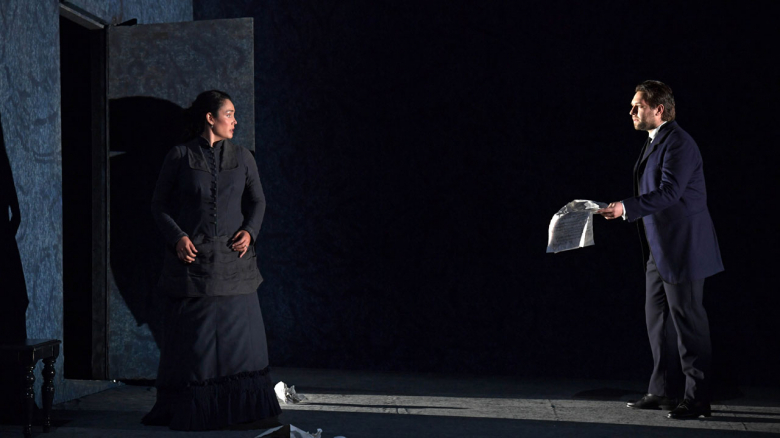 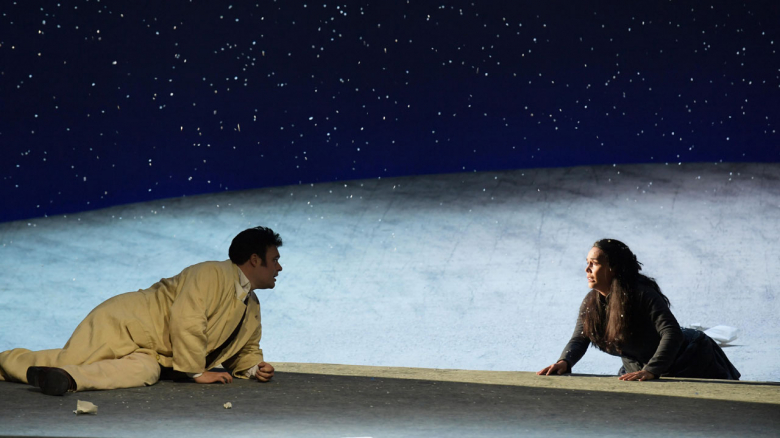 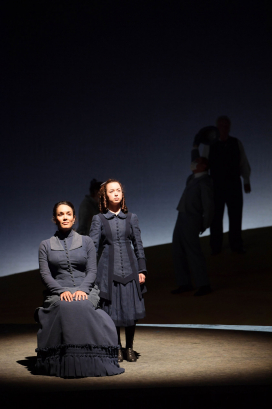 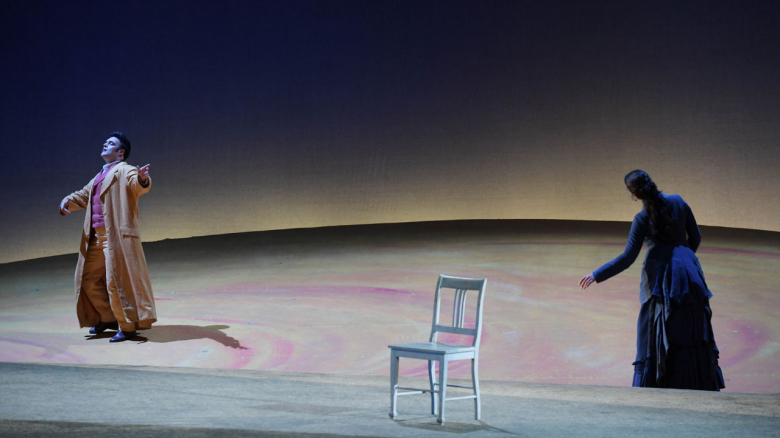 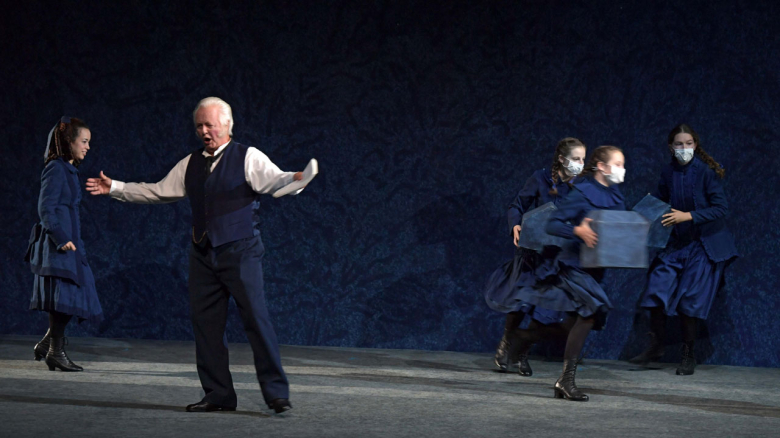 The Bailli, a magistrate and widower, is teaching his children a carol. His friends Johann and Schmidt try to persuade him to come out for a drink but he says that his daughter Charlotte, who looks after the children, is going to a ball, escorted by Werther, because her fiancé, Albert, is away. Johann and Schmidt think Albert will be an ideal husband for Charlotte, but find Werther rather strange. They go, having made the Bailli promise to join them later. Werther finds the setting idyllic. The Bailli introduces him to Charlotte. Werther is moved to see her caring for the family. They leave for the ball. Sophie promises to look after the children and sends her father off to meet his friends. Albert returns unexpectedly, longing to see Charlotte. He asks Sophie what has happened during his absence, then asks her to keep his return secret. Charlotte and Werther return from the ball. They find it difficult to part. He says that his soul has recognised hers, her eyes are his happiness, his hope. He mentions the children, which brings her back to reality. She hears that Albert is back and tells Werther that she promised her dying mother that she would marry him. Horrified, Werther says that she must keep her oath, even though it will kill him. Act II 3 months later Johann and Schmidt sing to Bacchus. Charlotte and Albert, married for three months, are going to church. Werther has returned and sees them. He is obsessed by his love and the hopelessness of his situation. Albert sees that he is upset and feels guilty that he should be so happy when Werther is so sad at not having Charlotte’s love. Werther tells him that he no longer loves Charlotte, that storms pass, friendship remains and this alone will be his happiness on earth. Bubbly Sophie comes in. She asks Werther to dance but he refuses. Werther again professes his love to Charlotte. She tells him that Albert loves her, she is his wife. He must leave and not see her again. The thought of not seeing her again is unbearable. She relents and says he may visit at Christmas. The distraught manner of his departure makes it plain to Albert that Werther still loves his wife. Act III Christmas Eve Charlotte is re-reading Werther’s letters. Sophie sees that she has been crying. She asks her to come and enjoy Christmas with the family. Werther arrives and they remember the happy hours they spent together. He asks for one kiss. She begs God to protect her from herself and Werther. He begs her to admit that she loves him but she manages to regain her self-control and orders him to go. Werther says that she has pronounced his sentence and leaves in distress. Albert comes home and, sensing the tense atmosphere, guesses what has happened. A servant brings a message from Werther announcing his immediate departure „on a distant journey“ and asking his friend to lend him a pistol. Albert grimly orders Charlotte to give it to the messenger. Although horrified, she obeys. Driven by a hideous foreboding, she hurries off to try and prevent the imminent tragedy. Act IV Werther has shot himself. Charlotte arrives. He begs her not to call for help. There is nothing she can do except confess that she has loved him from the first moment and grant him their first, and last kiss. Children can be heard singing a carol. They sound like angels to Werther. At peace with himself at last, he dies in her arms.

Werther, a law student, suffers under social restraints and longs to be free. No human relationship can hold him back until he meets Charlotte, who's already engaged to be married … Goethe‘s Die Leiden des jungen Werther / The Sufferings of Young Werther is regarded as one of the works about sensibility. The novel in letter form, which ends with his suicide, became one of the greatest scandals of the 18th century and saw an entire generation clothing themselves in »Werther’schen« colours of yellow and blue.  Director Willy Decker explores the discrepancy between the longings of lovers and reality, between hope and resignation in Wolfram Gussmann’s abstract spaces. A visual, musically sensitive depicted dream-world unfolds in which a love, removed from reality, between Werther and Charlotte can exist.