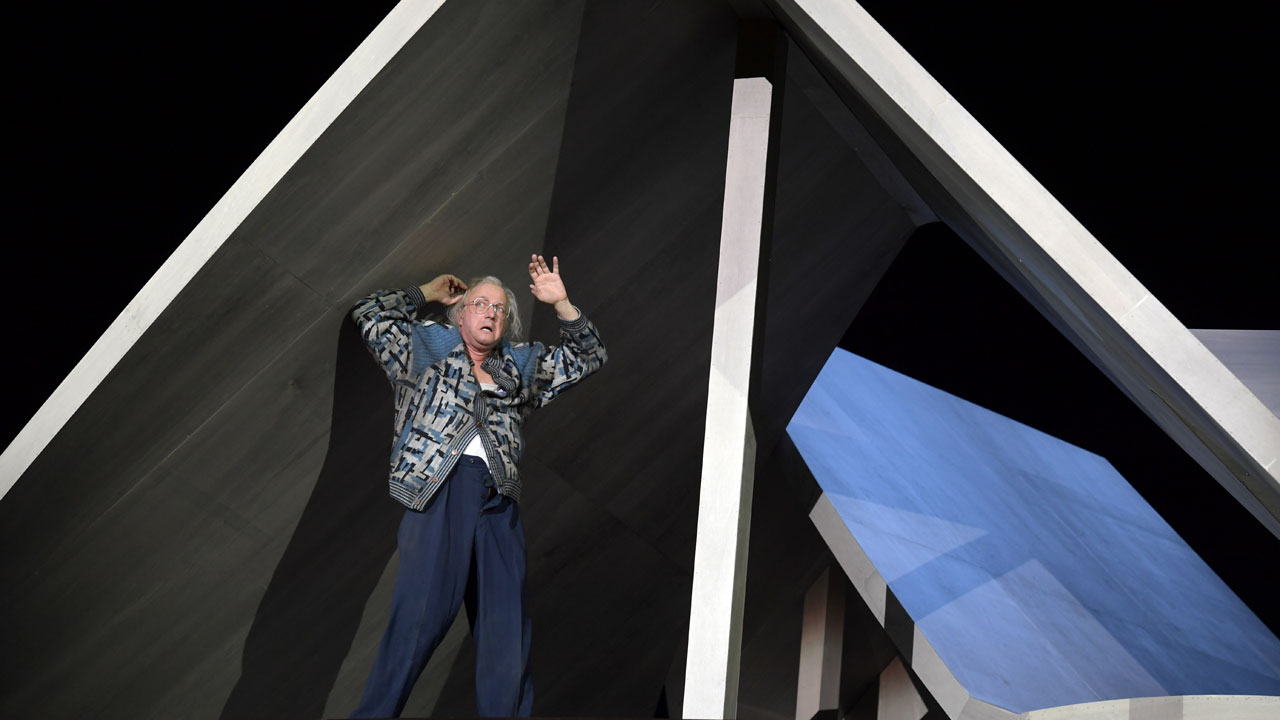 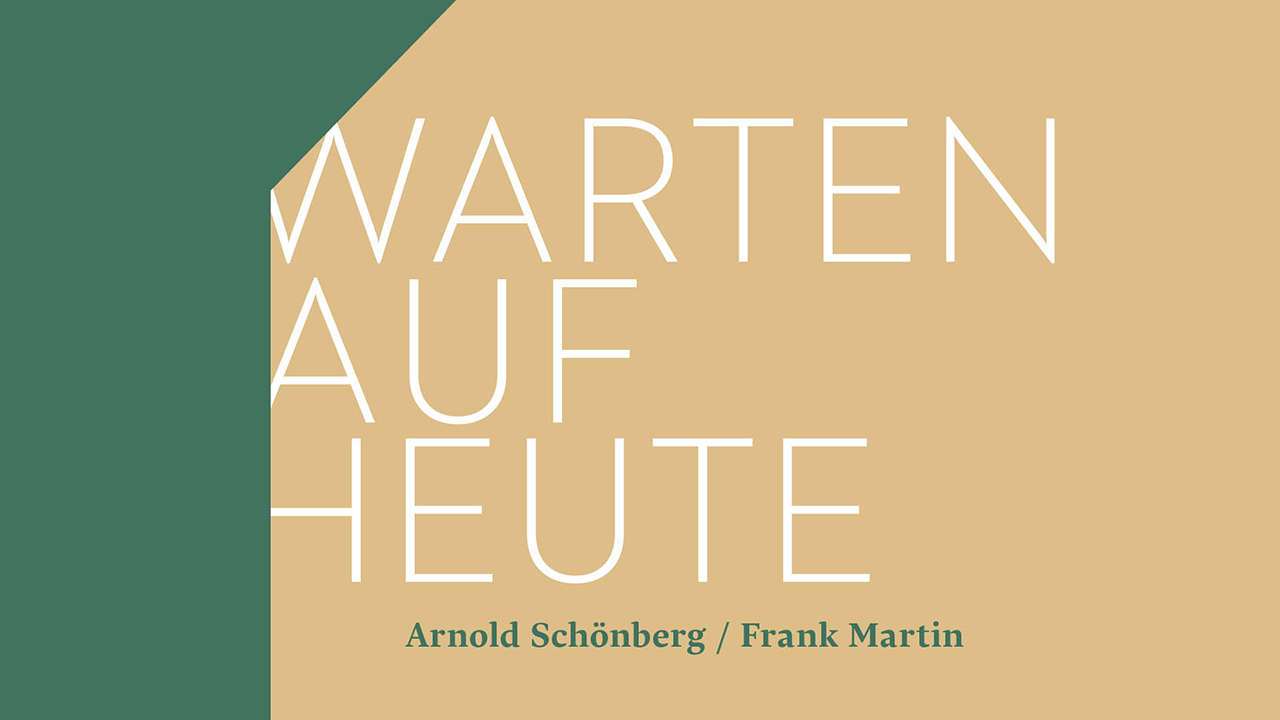 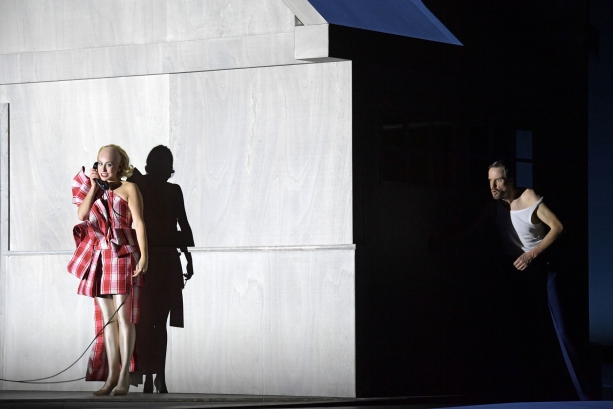 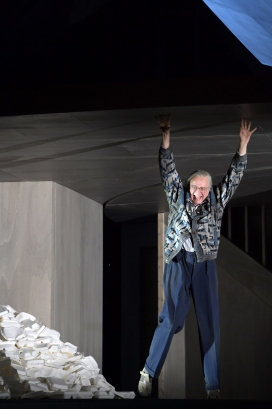 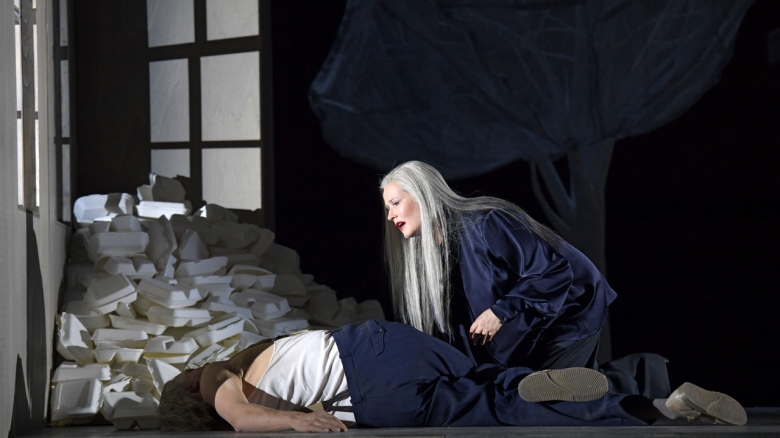 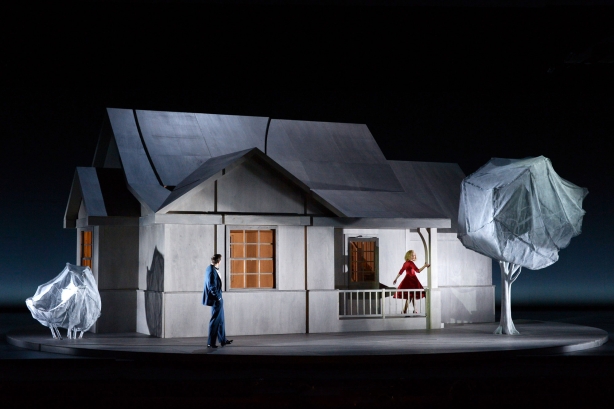 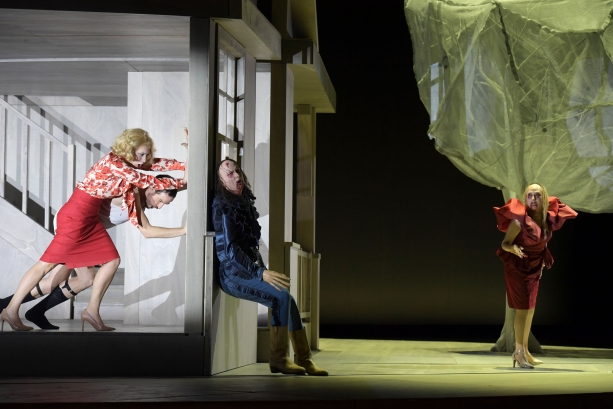 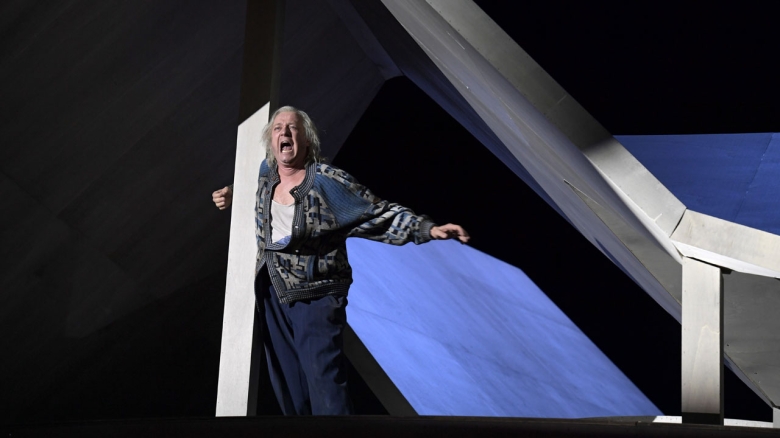 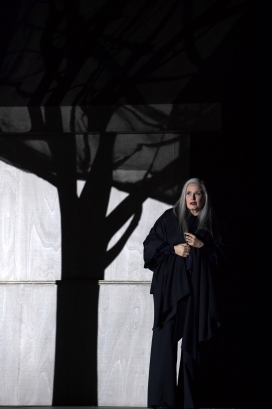 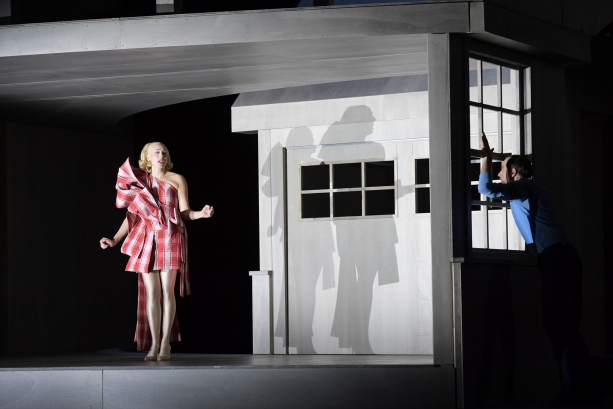 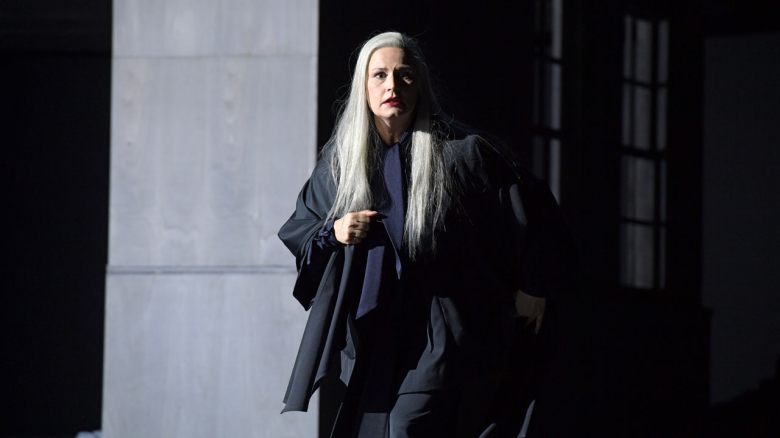 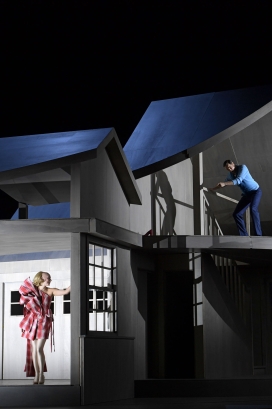 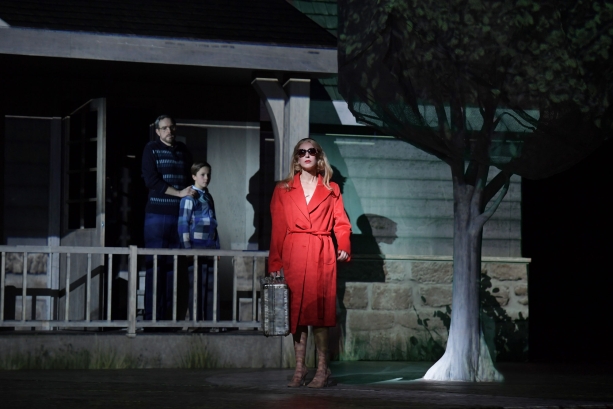 From Today till Tomorrow A married couple get into an argument when they come home from an evening out: While the man fantasizes about his wife's attractive friend, she goes into raptures about the famous tenor who flirted with her. From the husband's point of view this friend is the personification of the ideal »woman of today«, his wife merely a »good little housewife«. His wife loses her patience on hearing these words. »Every woman can be both!«, which she intends to prove in a dizzy-making game of dressing up. She sings and dances like a seductive »woman of the world«, ignores her whining child and bosses her astonished husband about. The telephone rings, it's the famous tenor. The wife agrees to meet him in a bar. Her husband can go and have fun with her friend. This is too much: he wants his wife back - as »she used to be«. But the singer and her friend are already there: they attempt, unsuccessfully, to convince the married couple to take a »modern view« of life and love. The couple decide to stay together, but the evening has left scars … Accompanying music for a cinematographic scene: The couple grow apart. The wife moves out, leaving husband and child. Six monologues from »Jedermann«: A man spends his days in a big house. His only contact is a woman from meals on wheels. He senses that his life is drawing to an end. This premonition of death induces all kinds of feelings in him: Panic-stricken, he tries to shake off thoughts of death. He doesn't want to take his leave from life and his worldly goods. He thinks he hears his mother's voice. Looking back on missed chances and his own mistakes he realises: »Nobody lives twice!« In the end he turns to God full of hope, begging for redemption … Expectation:The wife wants to go back to her old home, to her man once more – remembering their life together, the lovely, tender moments they once shared. She's nervous: every sound, movement, shadow in the warm moonlight unsettles her. She hopes and fears to meet the man she loved so much again. She eventually looks through a window, and sees his body. After the initial shock, jealousy consumes her: Was there another woman back then? Now, thinking back, she's certain. He was unfaithful to her … Torn between fury and grief she asks herself: Who killed him? What's the point in living? Where is there to go, when the person with whom she shared so much and the place that was her home no longer exist.

A man, a woman. Marriage, routine, life. David Hermann focusses on the passing of time and the changes two individuals, bound by marriage, undergo, in four works by Arnold Schönberg and Frank Martin.

Schönberg's 1930, in Frankfurt world premiered,Von heute auf morgen analyses, in an humorous way, a married couple and their thoughts about their relationship. Typical for opera of the time (Zeitoper), elements such as American dance music and jazz are combined with Schönberg's twelve-tone technique – his personal device on the journey to modern music.

Hardly any other medium highlights this modernity as clearly as film. In 1929 Schönberg was commissioned by Heinrichshofen’s publishers to compose Accompanying music for a short film titled »Threatening danger, fear, catastrophe« -  or the breaking up of the life they once shared for the couple in David Hermann's production.

Frank Martin makes audible the multi-coloured kaleidoscope of a man's soul at the end of his life in Six Monologues from »Jedermann« (1943/49). A cycle, committed to tonality, with text based on Hugo von Hofmannsthal's famous tragedy, in which Martin also heard »the simple language of ancient human fears« and »the language in which the Gospel teaches us of redemption through love«.

The woman in Schönberg's monodrama Erwartung (1909), wandering through the forest at night in search of her lover, experiences various levels of traumatic anxiety and emotions. The libretto for this almost psychoanalytical one-act play was written by the budding doctor Marie Pappenheim. The freedom of expression in text and music conveys the uneasy psychological state of mind loneliness can cause - a characteristic of an old and new today?

From Today till Tomorrow