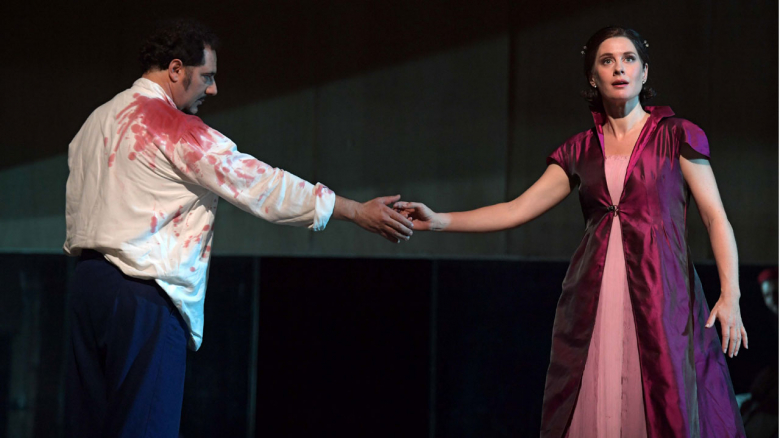 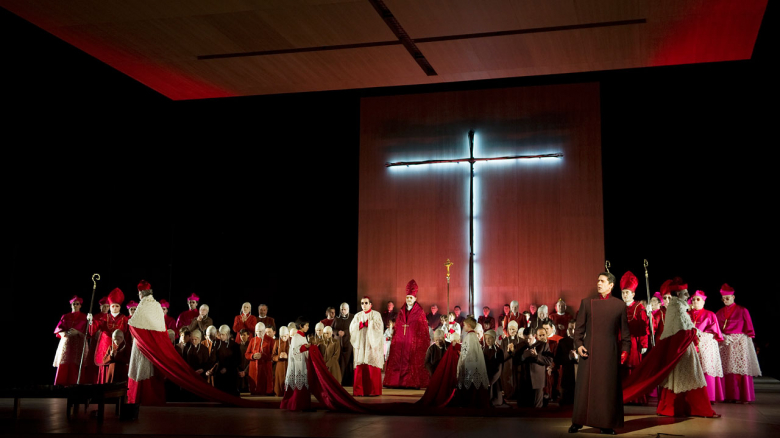 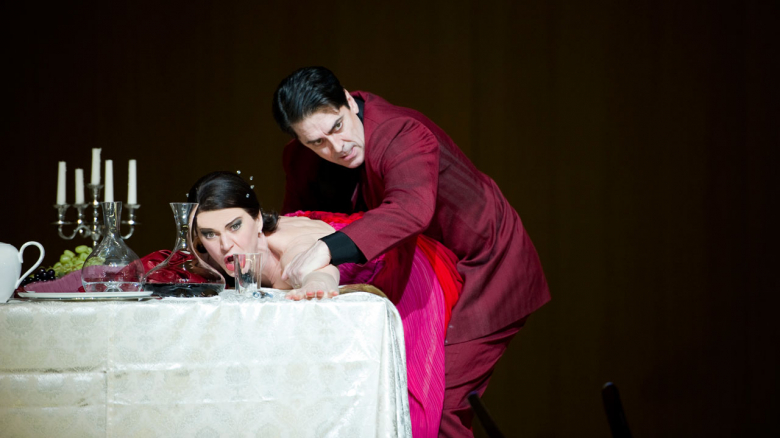 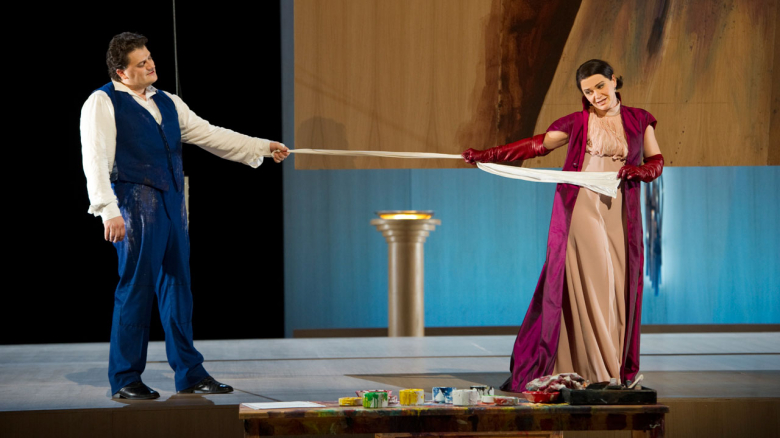 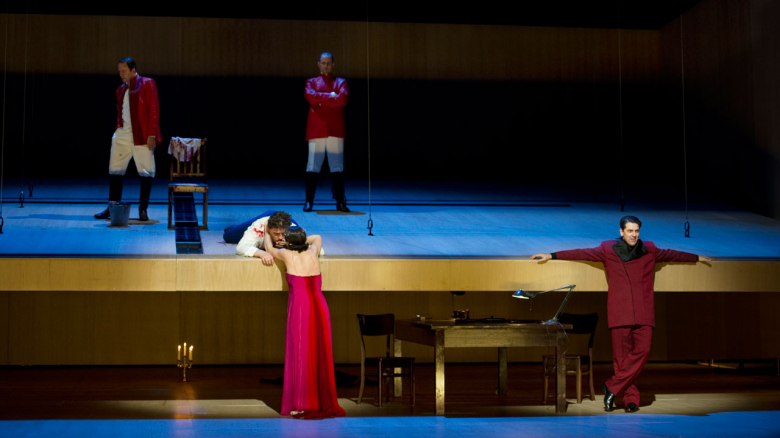 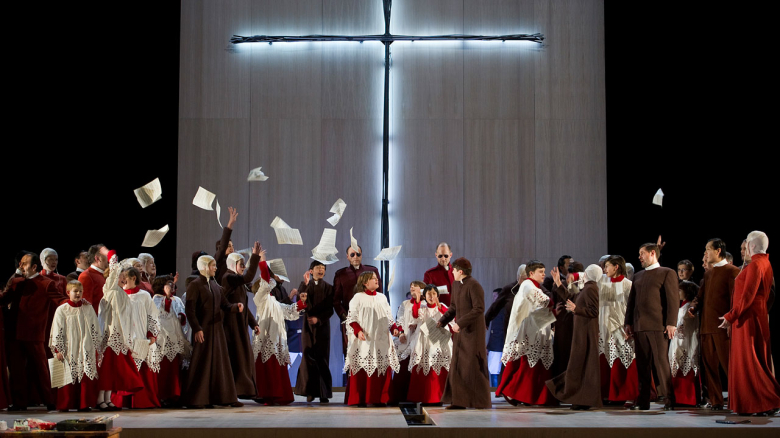 A fatal combination: Floria Tosca (singer and loyal to monarch and church), her lover Mario Cavaradossi (painter and sympathiser of the Republicans) and the sadistic chief of police, Baron Scarpia. A highly dramatic story about love, loyalty and power plays out in less than 24 hours, before the backdrop of historical events in June 1800, when an Russian / Austrian army faced French troops in the coalition wars: Scarpia has Cavaradossi, suspected of helping the Republican Angelotti escape, arrested. Tosca is made to listen while her beloved is tortured. Will she agree to the price Scarpia demands if he is to let Cavaradossi free? – Puccini made some scenes in his masterpiece shockingly true to life, in others he utilised joyful, even happy sounds. Director Andreas Kriegenburg and set designer Harald Thor developed these contrasts in escalating circumstances further in a severe, clearly defined space of glass and wood, making the emotionality of the opera even more apparent.