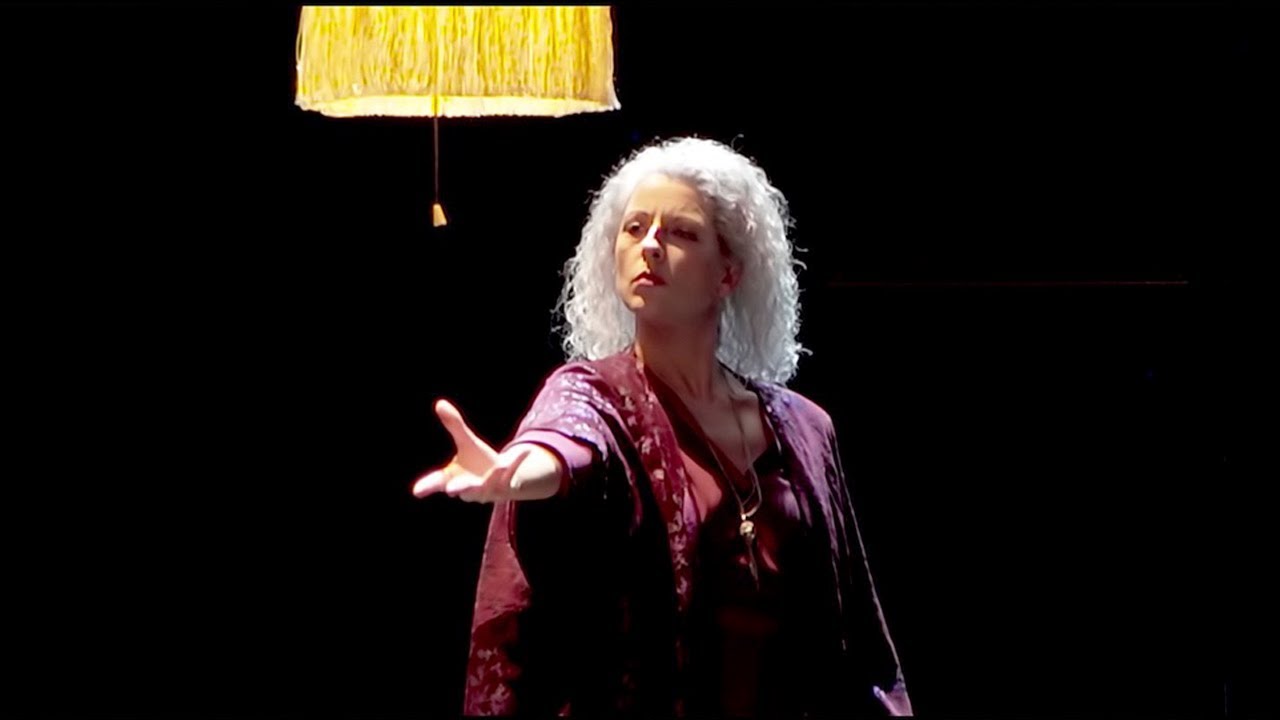 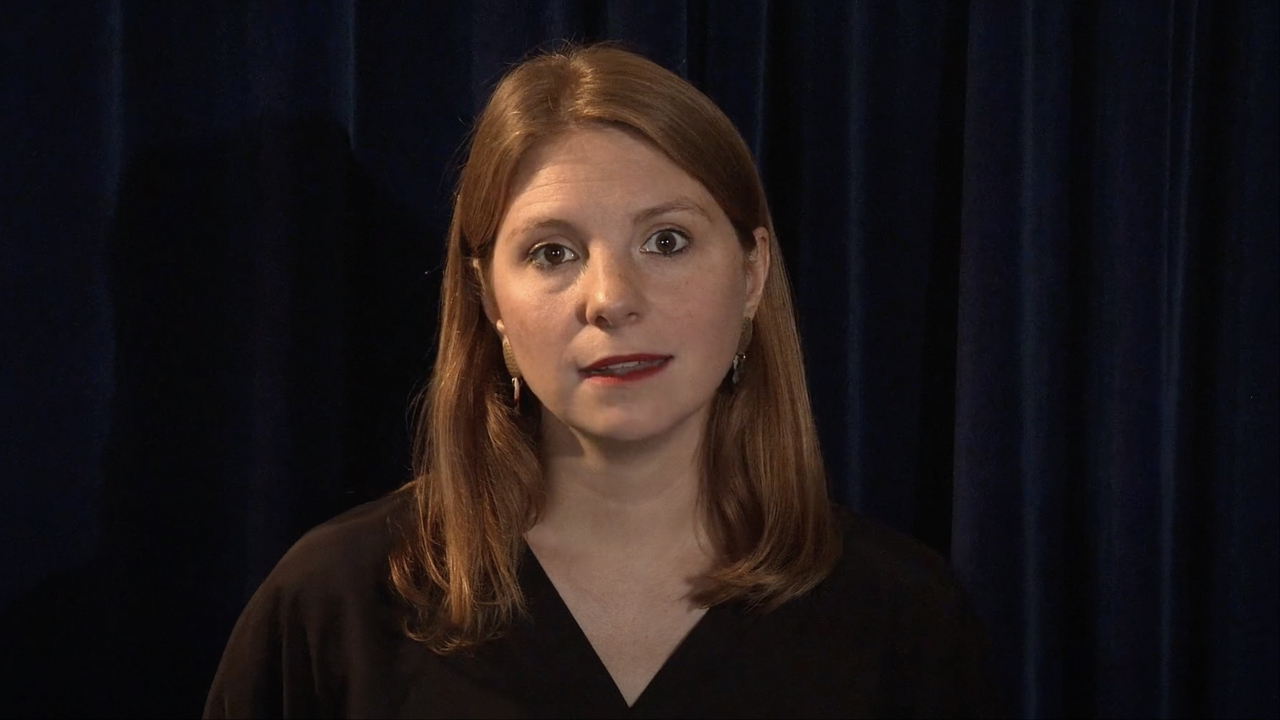 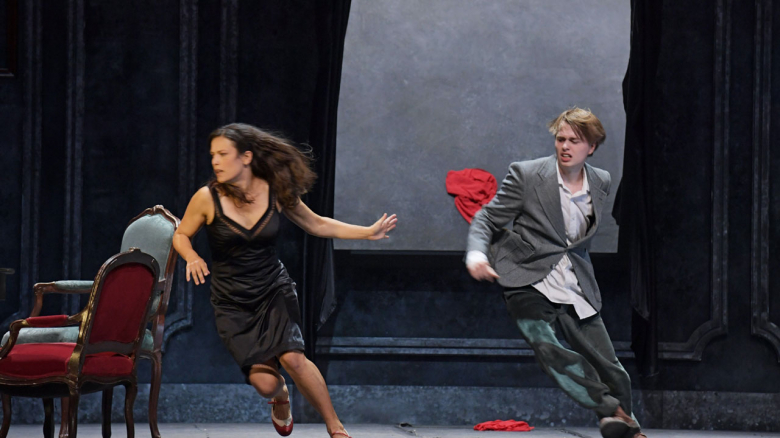 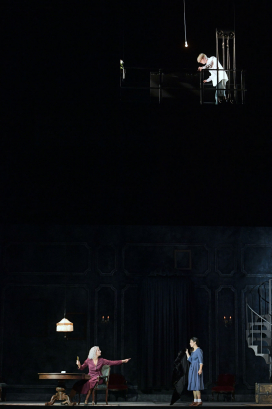 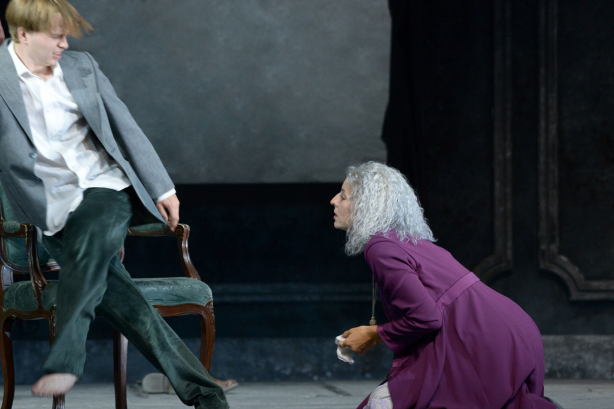 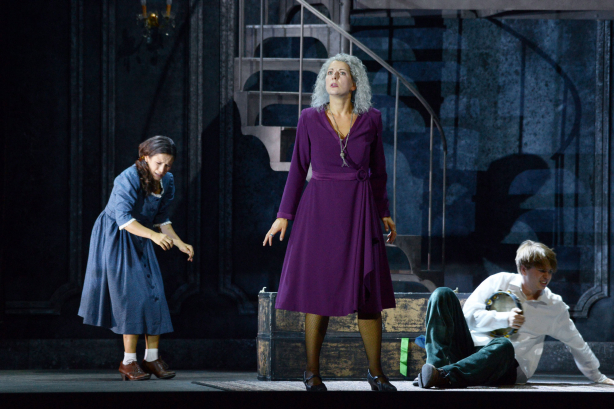 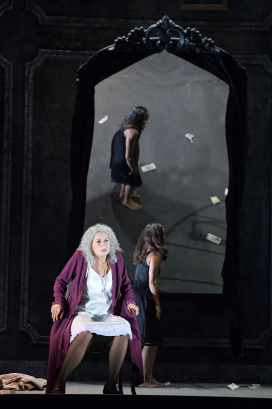 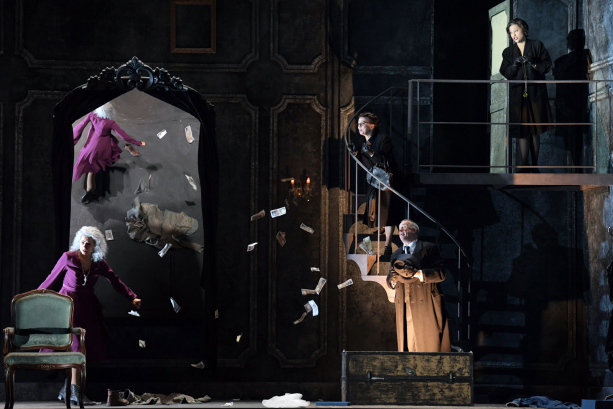 Franz Schubert (1797-1828) Song of the Spirits over the Waters
for male chorus and low strings, first performed 1821, Vienna

THE MEDIUM
Tragedy in two acts. Libretto by the composer
First performance of revised edition February 18 1947, Heckscher Theatre, New York
Performed in English with German and English surtitles.
Here's an introductory talk on YouTube (in German)

Baba galvanises her daughter Monica and mute orphan Toby into helping her stage the next séance. She passes herself off as medium, called Madame Flora, even though she doesn't believe in supernatural forces. Mr & Mrs Gobineau and Mrs Nolan want to make contact with their dead children. While Toby manages the special effects and Baba pretends to fall into a trance, Monica can be heard as Doodly Nolan singing »Mother, mother, are you there?« and then, with childish laughter, as Mickey Gobinau. Baba suddenly feels a hand on her throat. Deeply shaken, she sends her clients home. Suspecting Toby, she gives him what for. Monica manages to calm her mother down with a song. But then, out of nowhere, Baba hears a voice saying »Mother, mother, are you there?« and a child laughing. She panics again. Not knowing what to do, she begins to pray. Toby kneels beside her. Act II A few days later Monica and Toby are larking about,  when they suddenly realise they are drawn to one another. When Toby tries to kiss Monica, she turns away. Inebriated and completey thrown by what happened, Baba takes Toby to task. Getting angrier and angrier, she beats the mute boy until he bleeds. The clients return. Baba tells them that the scéances were fixed. But they insist on keeping in touch with the next world. Baba shows them the door. Then Baba throws Toby out. She hears the echoing, questioning voice again and completely loses control …

Madame Flora, helped by her daydreaming daughter Monica and a mute orphan boy Toby, who harbours loving feelings for Monica, stages sceances, which earn her good money. Her clients are convinced that they are making contact with dead relatives through Flora. She doesn't believe in the supernatural – until one day when, out of nowhere, a cold hand clasps her neck...

Gian Carlo Menotti's meeting with an English baroness, who regularly made „contact with her dead daughter“ shook the composer so deeply that he turned it into an opera, which was to bring about his international breakthrough – after Arturo Toscanini, whom Menotti invited to one of the first performances, became a great fan of the work. The Medium was performed about 200 times in 1947, in New York alone. Soon afterwards a commission came from Rome to make a film, which theatre enthusiast Menotti took in hand and which was very successful at the 1952 Cannes Festival. Critics often describe Menotti's musical language as “banal“ or „superficial“. The enormous popularity of the composer, and his being rooted in tradition, played into his hands. He objected to this calmly: „Tonality may not perhaps be necessary, but its dramatic function has still not been replaced by another medium. Like other writers and lyricists today, I prefer to use a »spoken language«.