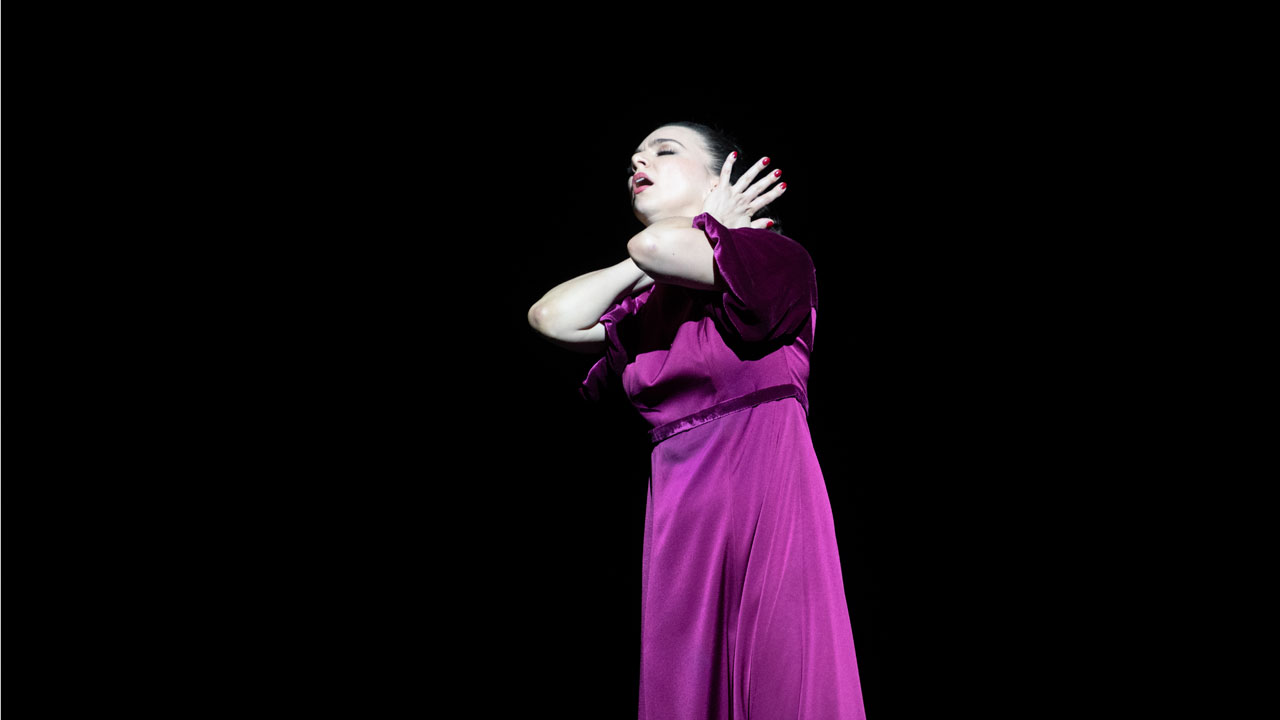 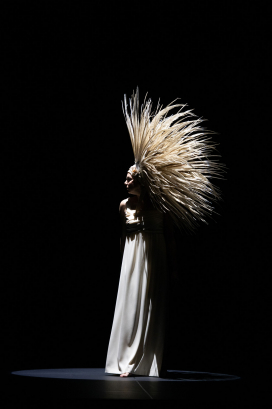 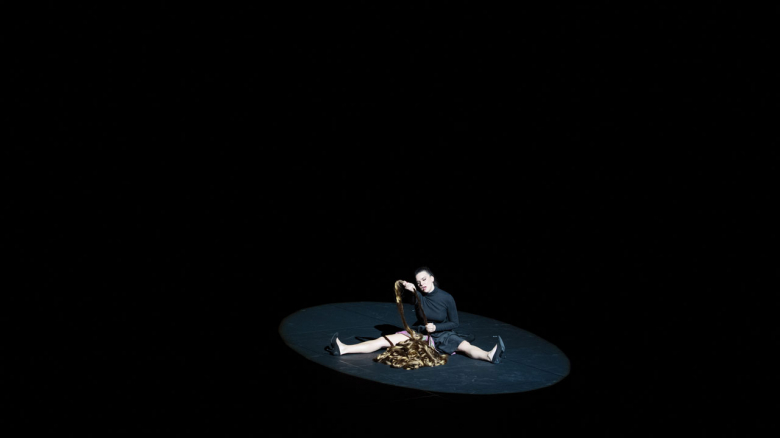 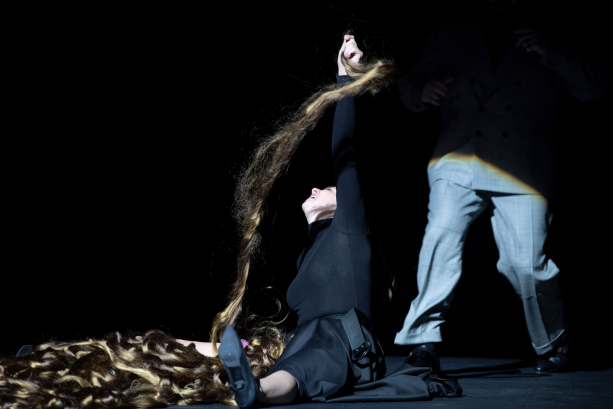 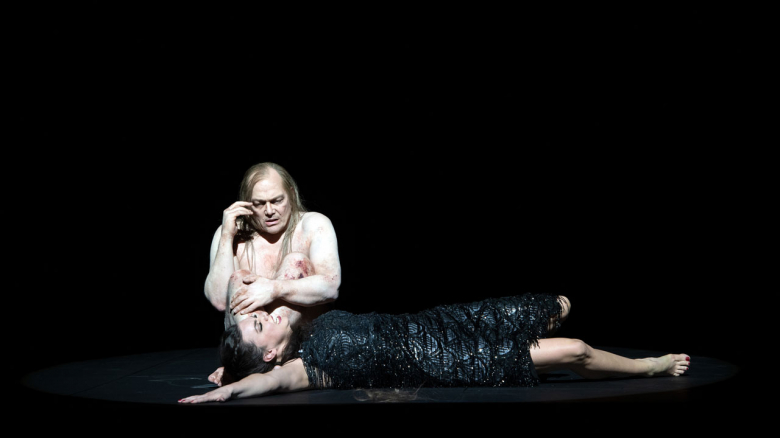 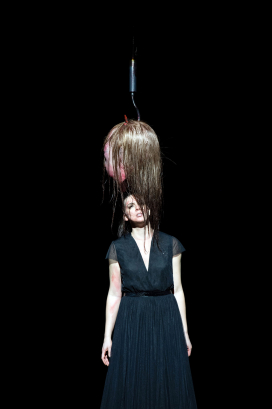 Salome is Herodias’ daughter and the Tetrarch Herodes’ step-daughter. His captain Narraboth goes into raptures about Salome’s beauty. The voice of the prophet Jochanaan, who is being held prisoner by Herodes, is heard, announcing the coming of Christ. Fascinated by his voice Salome asks the captain to bring Jochanaan to her, although this is strictly forbidden. The prophet laments Salome’s mother Herodias and her step-father’s iniquities. Salome falls in love with him: She wants to touch his body, his hair and kiss his mouth. Narraboth watches them and stabs himself in despair. But the prophet spurns Salome and damns her. Herodes is looking for his step-daughter. Narraboth’s death and the prophets words have given him panic attacks and terrifying visions. Herodias, badly stung by Jochanaan’s accusations, demands he be silenced. Herodes asks Salome to dance for him, to calm him down. Herodes has to swear to give her anything she asks for in return. After Salome has fulfilled her step-father’s wish, she asks for the head of the prophet. Herodes, believing him to be a holy man, tries to make her change her mind. But, bound by his oath, he is forced to give in and has the prophet beheaded. Salome kisses Jochanaan’s mouth.

The elementary force and sensuality of Strauss’ first great operatic success shook the world of music to its foundations. His source, the biblical tale of Salome. Oscar Wilde, whose play fascinated the composer and inspired him to radical stylistic innovation, was not the first to have helped himself to the story. With Wilde the myth becomes a confrontation between sensuality and religious aesceticism with a shocking climax. Strauss enriched his sound world in areas of harmony, rhythm and instrumentation to an intensity never heard before. He didn’t bother with an atmospheric illustration of the text, concentrating instead on the conflict between Salome and Jochanaan, on the radical nature of their differences. The piece starts getting out of control after Salome asks for the head of the prophet. Strauss’ hundred minute long one act opera is about intoxication and aesceticism, power and death, about a churned up turn of an era. He lets worlds, plans for life and imagined love collide with one another.