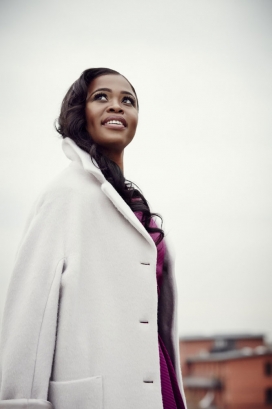 Her story is like a fairy tale: born in a small town in South Africa, Pretty Yende heard the famous Flower Duet from Delibes' Lakmé in an airline's advertisement when she was 16 and became obsessed with the ambition to sing this music herself one day. She was lucky, won a scholarship to study in Cape Town and then conquered the operatic world in record time. She was the first artist ever she to win 1st prize in all categories at the Belvedere Singing Competition (2009) in Vienna and Plácido Domingo's Operalia Competition (2011). She joined La Scala's renowned Academy in 2010, making her debut there the same year as Berenice in L`occasione fa il ladro. Her international breakthrough came when she made her sensational debut at the Met in New York, with 27, singing Comtesse Adèle Le comte Ory in 2013. Her repertoire includes Fiordiligi (Così fan tutte) Contessa (Le nozze di Figaro) Magda (La rondine), Massenet's Manon and Monteverdi's Poppea. She has also enjoyed great success in belcanto repertoire in roles including Adina (L`elisir d´amore) and Elvira (I puritani). Find their detailed programme here.