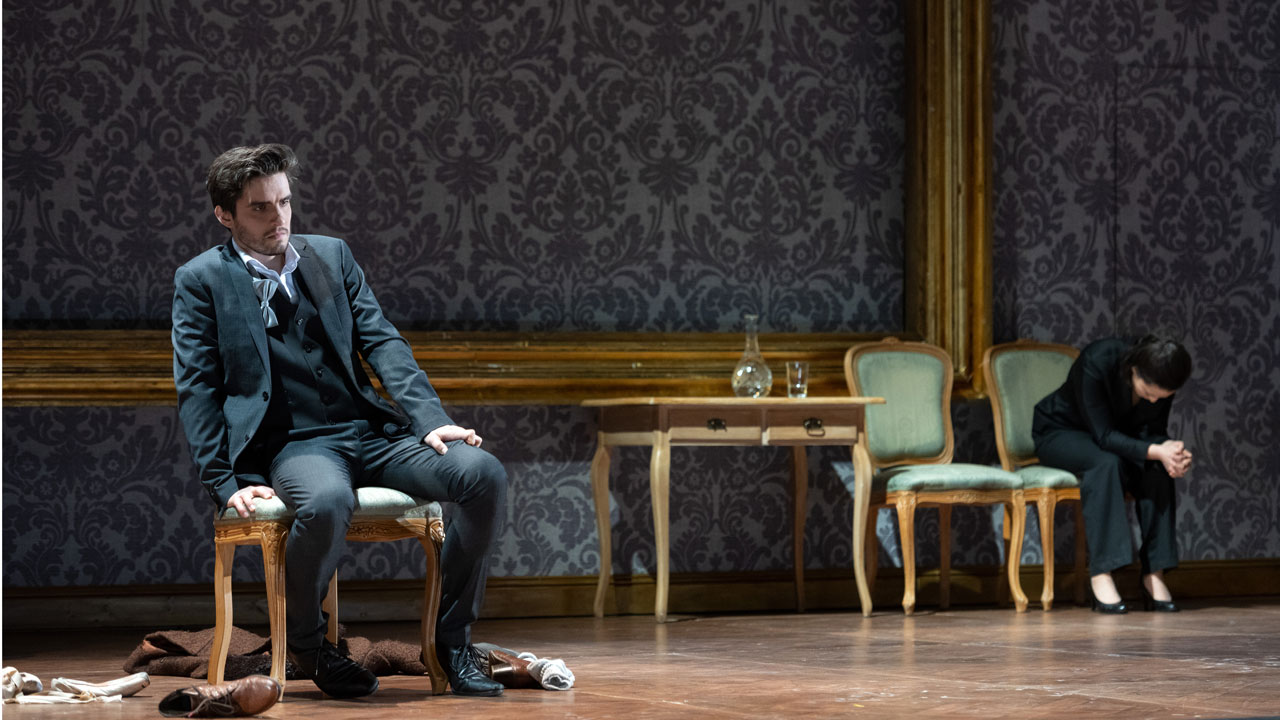 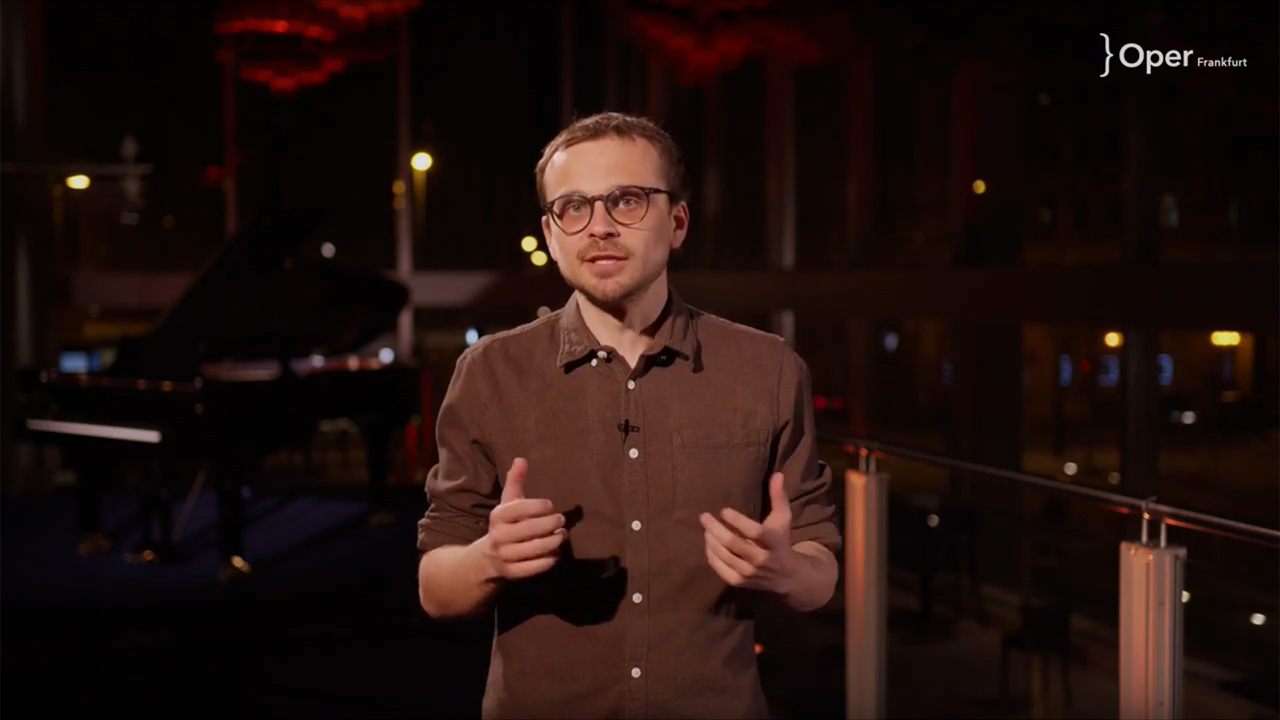 Only one who knows what it is to yearn

Viewable HERE,ONLY! from March 26 until June 20. There's a trailer on this page, or here, and here are some extracts from what would have been the programme for the production.

The film was made by Unitel in cooperation with Oper Frankfurt, the Hessische Rundfunk & ARTE. We hope it will be released on DVD too. We are grateful to the Patronatsverein for their support.

Tchaikovsky's Lieder create an intimate evening on stage which introduces us to five people and their inconsistent emotions. Suppressed love is confronted with longed for moments of passion, sadness over broken relationships leads to withdrawal and loneliness. A dynamic emerges between the figures, in which they play each other off, fall in love, despise and transform one another – but are constantly thrown back on their own devices.

„Nur wer die Sehnsucht kennt“, a setting to music of Goethe's Mignon song, and probably still the best known of Tchaikovsky's Lieder, lends its name to the production. Tchaikovsky achieved a stylistic diversity unsurpassed by other Russian composers with his more than 100 Lieder, mostly described as „romances“. He preferred texts by poets who avoided subjects that could be easily explained. The resulting gaps, the unsaid and unsayable are what makes Tchaikovsky's music so expressive. His ability to tackle true human emotions head on made his Lieder very popular during his lifetime. While Tchaikovsky's Romances are central to Russian repertoire, they have long languished in the shadows of his operas, symphonies and ballets in the west. You will hear Lieder you might never heard before in this special production, accompanied by piano and chamber music.