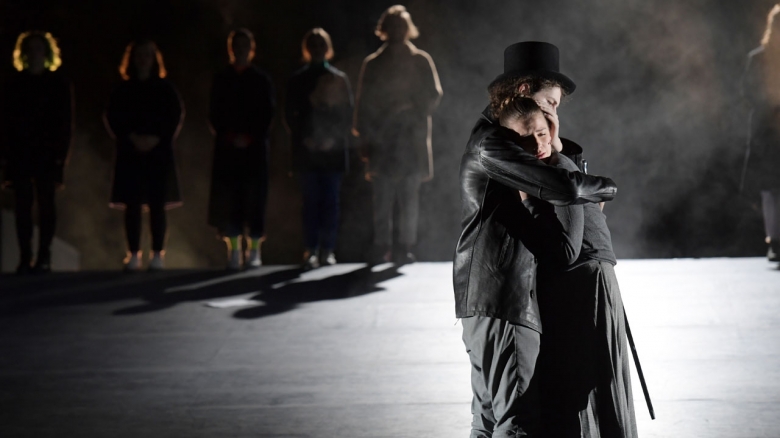 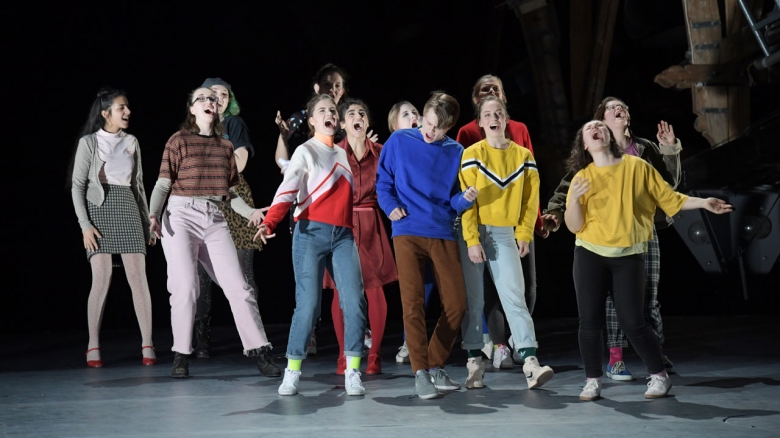 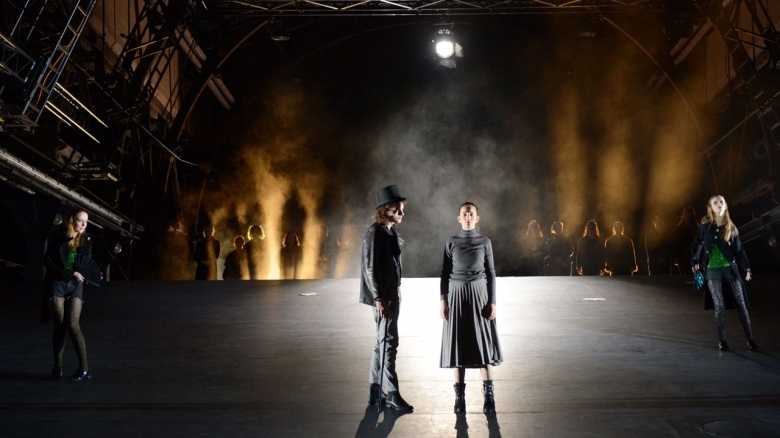 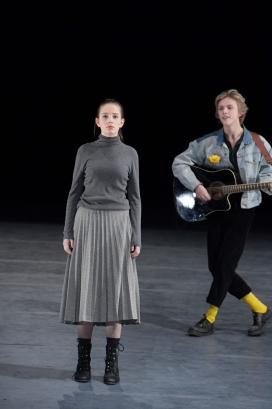 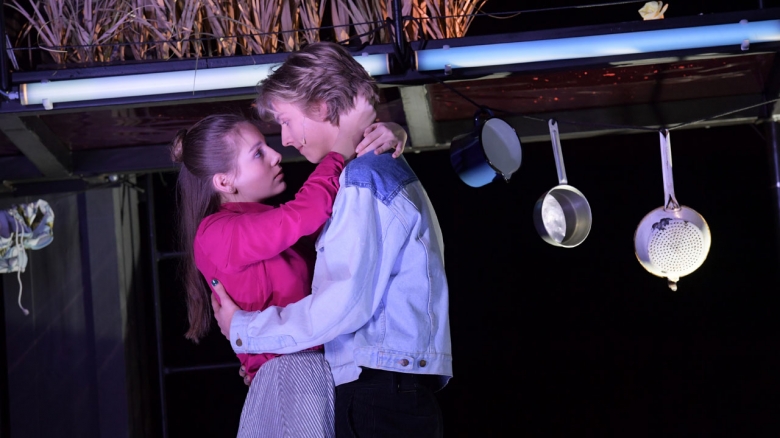 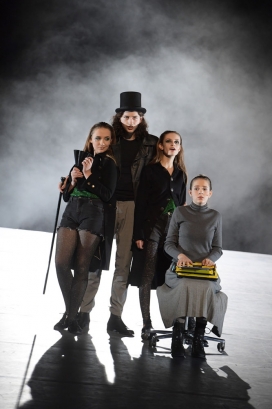 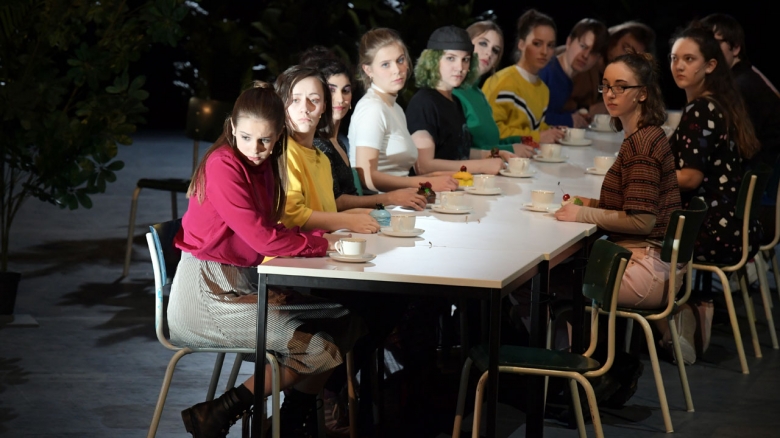 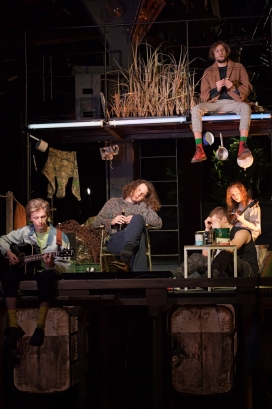 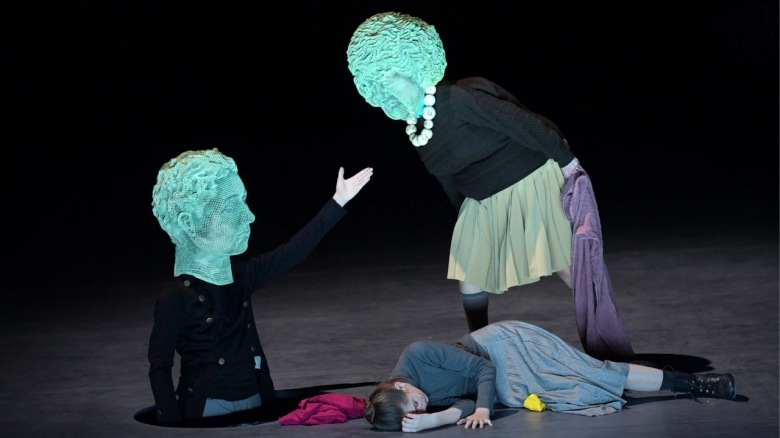 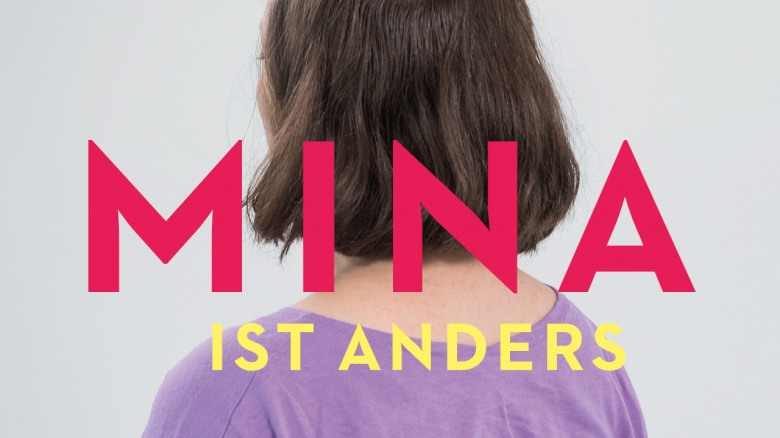 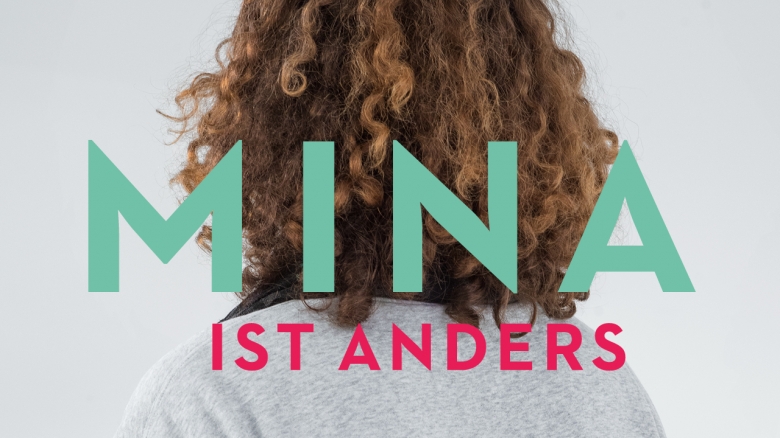 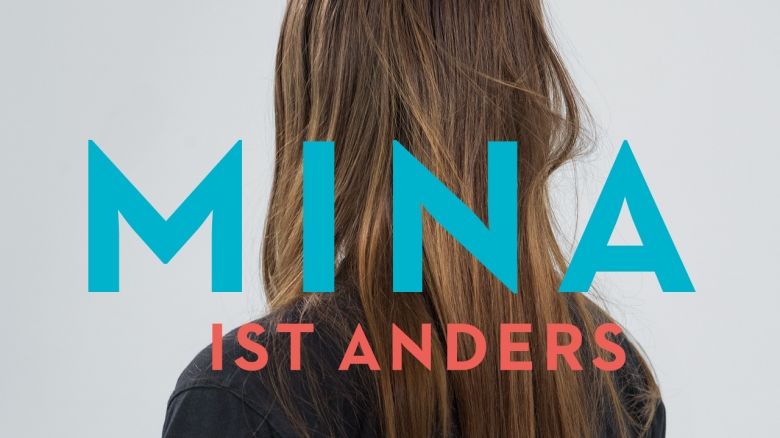 Mina is a young woman who meticulously plans every day of her life, down to the last detail. If something doesn't go as planned she reaches for the telephone to ask her overbearing mother for advice until one day, she can't reach her. Her mother is dead. Suffering from shock, Mina continues her daily routine. The voice of her dead childhood friend Rey tries to convinces her to go to the funeral and come to terms with her grief, but Mina won't listen. She carries on working in the office until one day, on her way to work, she gets caught up in a throng of passers-by, out of which a busker emerges. It is Finn and Mina is astonished when he flirts with her, gives her a paper rose and then leaves. Mina tries to make sense of her encounter with Finn. She realises how imprisoned she is in her life. Rey appears to her in a dream, encouraging her to live in freedom, as does her mother who urges her to have nothing more to do with the young man. Rey tells Mina about all the beauty in the world. When Mina wakes up she wants to adopt these new positive attitudes too. She finds more paper roses, with messages, distributed by Finn, and carefully builds a relationship with him. One of these messages has invited her to the cinema. During the evening Mina allows herself to be egged on by Finn and another member of the audience into throwing popcorn at the screen, which feels like a real act of liberation to her. The two of them then watch a romantic film, and gently get to know one another better. After the film, Mina accompanies Finn to his houseboat, where they have a conversation about stars on the roof. Finn tries to get closer but Mina tears herself from his embrace and leaves, exhilarated but confused. Finn is full of happiness as he watches her go. The way home takes her through a park, which feels rather spooky. Her imagination is taken over by thoughts of her mother, but Mina conquers her fears and returns to the houseboat. Friends are visiting Finn after getting drunk at a party and there is a hefty argument about life and hypocritical society. Mina watches them with dread . When Finn sees her, he tells her he really likes her. Mina is torn, but despite Finn's openness, her insecurity wins and she runs away. Confused, Mina falls back into her old routine. She goes to a café with a pushy waitress and her inner voices get louder. Rey reappears and begs her to be free, and to try to live at one with nature. His accusations and negative messages leave Mina in a chaotic state and he leaves a scene of devastation behind him. Finn wants to help her, but Mina reflects on her restricted life and decides to leave her inner voices, Rey, her mother and Finn behind. She is free, independent and strong.

A unique project took off more than a year ago: young people, aged 13 - 20, most of whom have never been to the opera, began creating their own work for the stage with guidance from the composer Uwe Dierksen (*1959) and writer Sonja Rudorf (*1966). Very unusual music emerged during intensive improvision sessions: moving between pop, baroque and experimental music. The »writing team« first had to come up with a plot and asked: what matters in our everyday lives so much that we want to deal with it on stage. Everyone quickly agreed on an omnipresent theme: Freedom. The central figure is Mina, a young adult suffering from an obsessional disorders. The sudden death of her mother tears her out of her monotonous, structured life and she starts trying to lead an independent life.

Music rehearsals began in earnest in November for the musicians (singers,  strings, woodwind, brass, electric guitars, and percussionists) led by Uwe Dierksen, with support from the Frankfurt Woodwind School, led by Sunhild Pfeiffer, who provided intensive coaching sessions the woodwind players. The acclaimed director Ute M. Engelhardt, a former director's assistant at Oper Frankfurt, is staging it. Everyone's hard work can be seen and heard at the world premiere of Mina on February 2 2019 in the Bockenheimer Depot.

With generous support from: