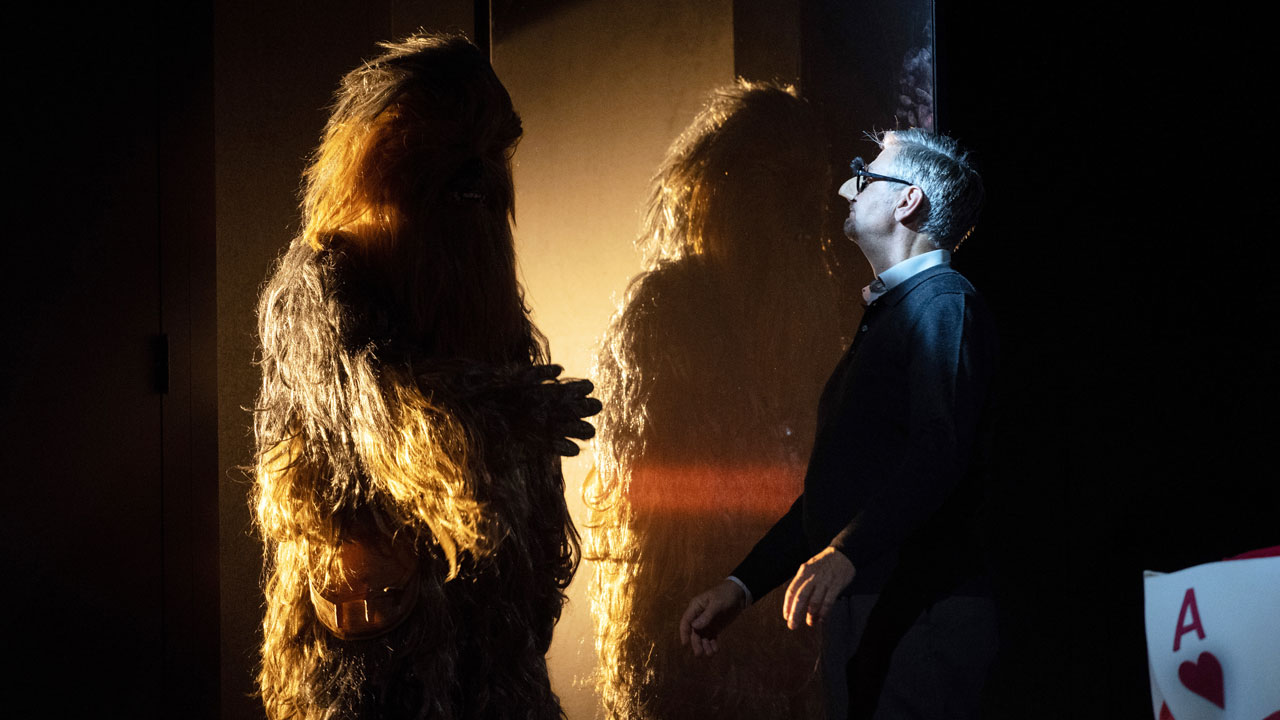 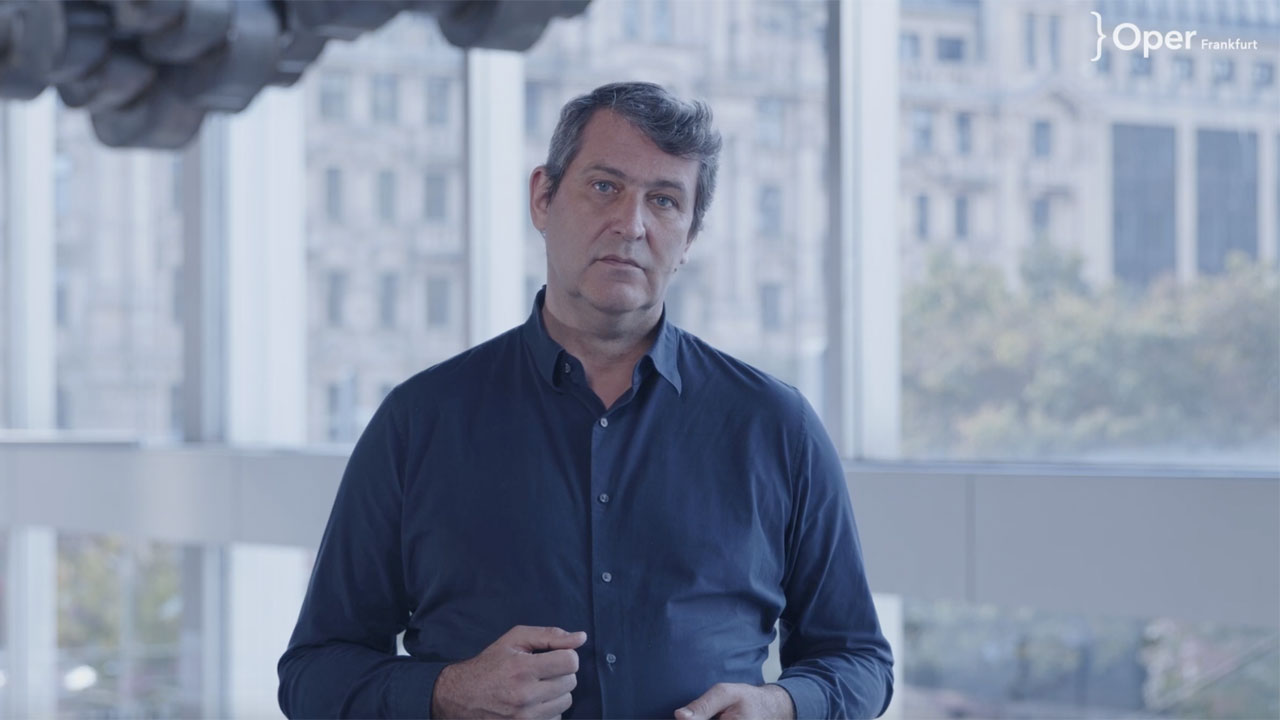 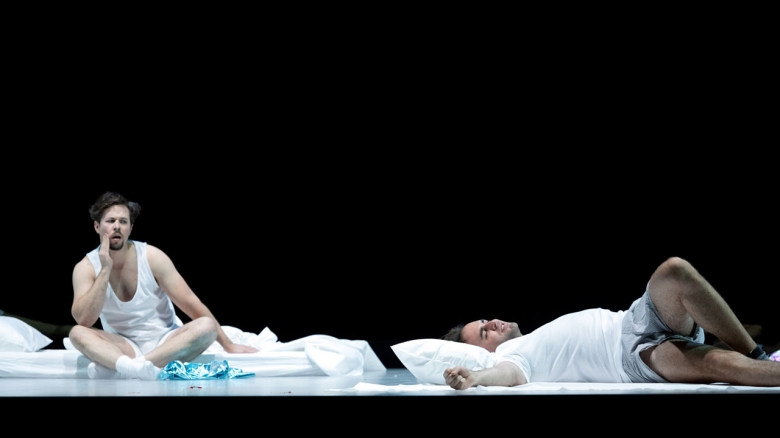 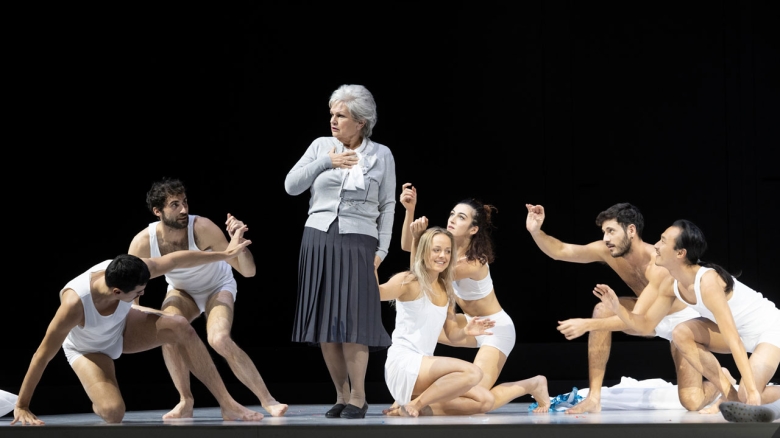 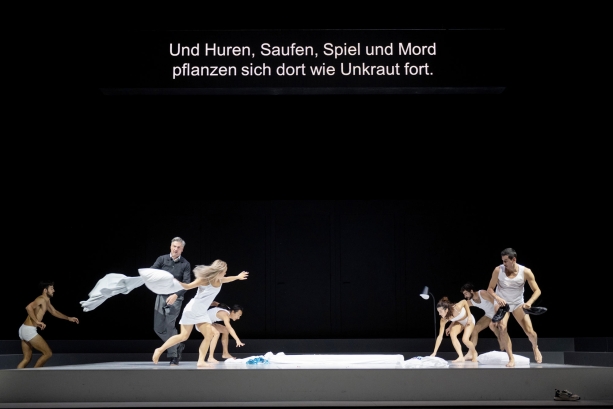 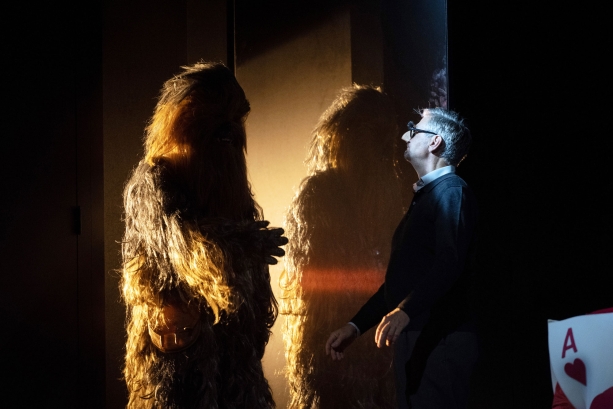 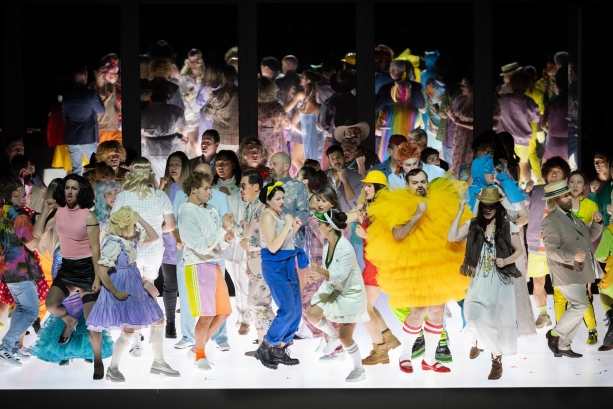 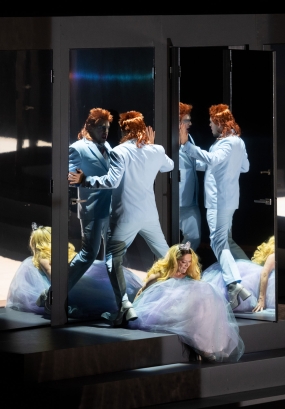 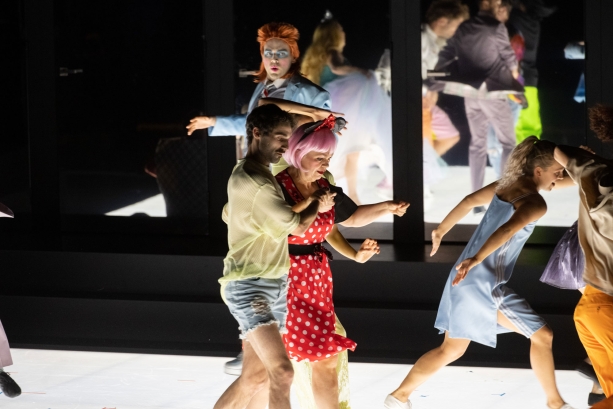 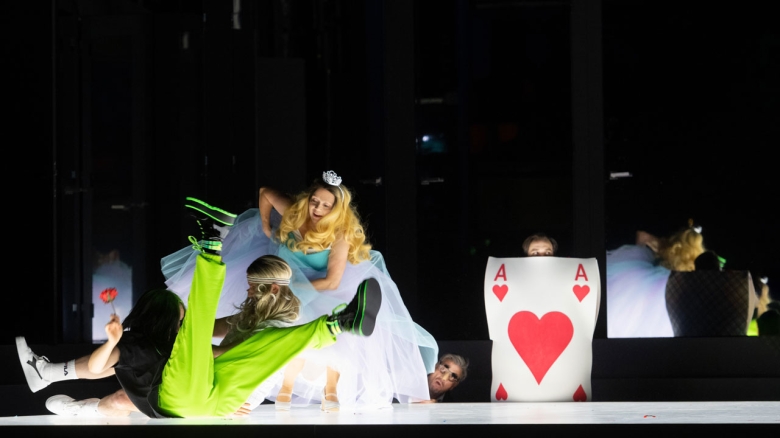 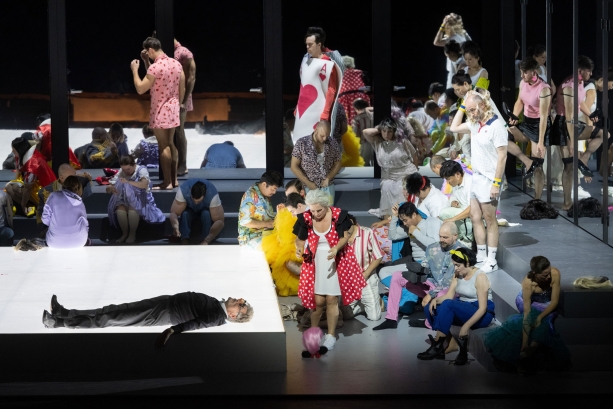 The household of bourgeois Jeronimus in Copenhagen is divided by the generation gap: His son Leander fell in love with an unknown woman at a party, but Jeronimus has arranged for him to marry his business friend Leonard's daughter. Jeronimus considers the masquerades to which Leander and his servant Henrik are drawn, the devil's own work, although his wife Magdelone secretly sympathises with her son's »escapades«. She was young once too. ACT 2 Jeronimus’ servant Arv is to guard the house and stop Leander and Henrik going to the masquerade again, but his own vices make him easy to blackmail. Henrik and Leander manage to escape Jeronimus' house arrest. They meet the ladies from the previous evening in the street: the unknown beauty, in whom Leander has fallen desperately in love, and her companion Pernille, who Henrik flirts with. When Jeronimus realises that his son has fled he decides to follow him and track him down at the masquerade. Arv – nolens volens – must accompany him. What none of them can guess: Magdelone and Leonard have also, unbeknown to each other, set off for the party. A costume seller supplies everyone with new identities. INTERVAL False and assumed identities collide at the masquerade. Couples find and lose each other: Henrik struggles with Pernille's jealousy. Leander and the unknown Leonora reveal their real names; and Magdelone and Leonard declare their reborn youth to be the truth. But Jeronimus’ world is shaken to the core. A pantomime shows him the fate of a cuckolded husband, and Henrik's intrigue his own fallibility. While the search for identity ends for most of the guests with their unmasking, it might only just be beginning for Jeronimus. Last dance!
Tobias Kratzer

Jeronimus is dubious about the craze for masquerades: identities get blurred and the old order is threatened with collapse. But his son Leander has just fallen in love with an unknown beauty at just such a masquerade so refuses to go along with his father's plans and marry Jeronimus’ business friend Leonard's daughter Leonora ...

Carl Nielsen's amusing opera was inspired by a 1724 comedy by Ludvig Holberg, the »Danish Molière«. Maskerade, Denmark's national opera, is not often performed in other countries. The score combines folk songs with Mozartian lightness, sultry romantic cantilenas and energetic dances. The orchestration is ingenious and full of harmonic and contrapuntal surprises. A new German verse edition has been commissioned for Frankfurt from the translator and director Martin G. Berger, based on a linear translation by Hans-Erich Heller. It communicates the 1906 Danish libretto's exuberance in a present day language, with linguistic wit, which allows the comedy to blossom.